This is a forum to allow people to showcase the things they've done that have worked well for them in marketing their books. Please share your stories here. Then we can all read them and learn from them. If we work together, we will all be much stronger and more successful in marketing our books.

Permalink Reply by Randy Hignight on November 22, 2009 at 6:13pm
my book was self published Nov 08 and we just celebrated the one year it has been out. Many lives are being changed in a great positive way (testimonies are on my site). The first thing that happened is Chris Piper son of Don (Don wrote 90 minutes in heaven) . Chris read my book and I was able to use his endorsement right away. I called the newspaper near the Hastings books and got a review by the editor, it is now listed on my website. What I have done is got business card size advertisement (website printed) that mention the attention getter of the book. Next I have tri-fold brochures that are a fast breakdown of the subject matter. When I meet people I give out a business card and mention they can read Chapter One of my new book FREE on my website www.Godexpectsperfect.com. I have a continued book signs at Hastings books because they accept Local Authors. I got online and found radio stations that allow you to list an event so I list at several whenever Ii am going to do a book sign (its FREE) I am keeping a journal of how the BOOK PROJECT is unfolding, maybe I will write a book of how to book finally got out to the market. My lastest thing is I just cut a new music single and am giving the MP3 away on e-mails. One lady heard my new song ( at the end of the song it mentions my website) So the lady went to my website and read Chapter One free then, bought a book. My song has gone to a production company and they are suppose to do a video. I wrote of my facebook if anyone wants my new song e-mail me at stock3159@aol.com (people are responding) I tell people if they read Chapter one for FREE and like it then they will LOVE the book.

Permalink Reply by CBM Christian Book Marketing on November 22, 2009 at 11:08pm
This is a very informative post Randy. Thanks for sharing and many blessing to you.

Permalink Reply by John Kremer on December 29, 2009 at 2:29pm
Is the reason that few people have posted to this discussion group because you have no success stories? I hope that's not the case. During this holiday time, please share what has worked for you. Even small stories of success help other authors on this network stay with marketing their books.

You can make a difference. 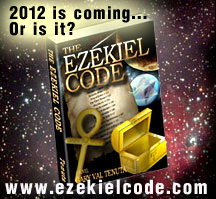 Amazon.com "Best Seller" 8 weeks in a row!
After having the paperback edition of my novel, The Ezekiel Code, available for 2 years (with moderately good sales numbers for an unknown author's debut effort) I finally decided to have it made into a Kindle edition. That was one of the best things I could have done. Sales of the Kindle edition ($4.95 as opposed to $19.75 for the paperback) took off slowly but after about a month it began to pick up. After about 2 months it became an amazon.com "Best Seller" in the categories of "Occult" and "Religious Fiction". "Best Seller" means it's in the top 100 in any given category.

Anyone who follows amazon's sales rankings soon discovers that those numbers change, quite literally, by the hour. So a book could be on the "Best Seller" list for an hour and then drop off an hour later. Of course, that's not likely to be the case if the book is #50 or above. But if it was, say, #76, it could drop off the list fairly quickly. But it's also true that it could just as well return to the list an hour or two or three later. In other words, the stats fluctuate wildly. Nevertheless, The Ezekiel Code has managed to remain a "Best Seller" in the "Occult" category consistently for about 8 weeks now and I couldn't be more thrilled.

I highly recommend authors of paperbacks (and/or hardcovers) have a Kindle edition available. It costs nothing (or next to nothing) to convert your book to Kindle and amazon pays 35% royalty per sale. I actually had to pay my POD publisher to make the conversion for me because my book contains a couple of graphics on the interior pages and I read somewhere that it can be tricky to get the graphics to show up in the correct location. So, not being the most tech-savvy guy on the block, I opted to pay (just under $100) to have it done for me so I wouldn't screw it up. Turned out to be money well spent. The royalties from sales made up that cost within the first month and the rest (to the tune of several hundred dollars to date) is all profit.

How many people own Kindles? I don't know. I've heard estimates between 250,000 and a half million. One thing I know is that Kindle owners just love pushing that little button to download inexpensive books. Those little buttons are being pushed thousands of times every day. Hundreds of them have pushed that little button to buy my book and the sales just keep coming! Long live the Kindle! :-) 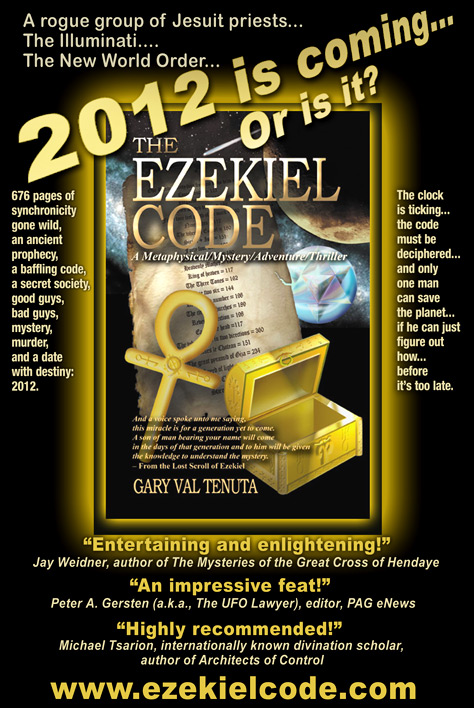 Permalink Reply by CBM Christian Book Marketing on December 30, 2009 at 9:58am
Gary,

Congratulations on the Kindle sales and success. This is encouraging news for authors.

Yes, I think the Kindle is a good way for authors to gain exposure to their work. The key is to price the Kindle edition well below the $9.99 mark. That seems to be the max that the majority of Kindle owners are willing to pay for a book. Some of the NY Times Bestsellers are priced at or near $9.99. But if your book isn't on the NY Times list then it's not likely you'll get many buyers if your book is in that price range. Many (and I mean MANY) authors are pricing their Kindle editions at just 99-cents and they're selling really well. One fellow I know has sold a couple thousand copies in just the past few months. Makes me tempted to lower the price of mine from a moderate $4.95 down to 99-cents just to see what happens! :-)

Permalink Reply by JC Clement on January 4, 2010 at 4:01am
Have your Kindle sales cannibalized your paper book sales?

I ask because the net on a kindle book sale is very small and you need to drive quite a bit of volume to make it lucrative.

Permalink Reply by Gary Val Tenuta on June 6, 2010 at 8:31pm
The Kindle sales of my novel, The Ezekiel Code, have indeed cannibalized the paperback sales. But I'm not complaining. In fact, I'm thrilled about it, especially now that the Kindle royalty rate is jumping to 70% next month. That means I'll be making the same amount of money from each $4.95 Kindle sale as I make from each $19.95 paperback sale. The Kindle sales of The Ezekiel Code for last month (still at the 30% rate) netted me a little over $500.

Permalink Reply by Shelagh Watkins on January 4, 2010 at 4:29am
I have a small end of year success story. I received a Google email alert about this success on Facebook:

Leftunder Books Impressive showing by Mr. Planemaker's Flying Machine, which is burning up BookBuzzr in a stellar ascent. From a marketing standpoint, this is very impressive: over 3800 views in 5 days. Dang!

About Mr. Planemaker's Flying Machine by Shelagh Watkins-fReado
www.freado.com
Dell and Emmelisa Planemaker are two ordinary children who lead uneventful lives in a small town in Lancashire until they discover a unique computer that takes them on an extraordinary journey. They are ...

Permalink Reply by Kaylin McFarren on March 29, 2010 at 3:12pm
After three weeks, I had a similar experience at www.scribd.com in regard to my new book- Flaherty's Crossing and my work in progress: Severed Threads. Check this out:

Permalink Reply by CBM Christian Book Marketing on June 4, 2010 at 7:50pm
Yes that is incredible Kaylin.

Many blessings to you!