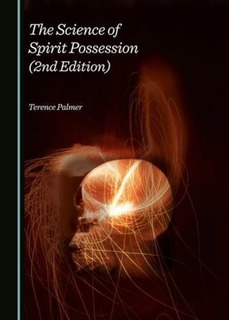 In The Science of Spirit Possession: A 21st Century Approach to Mental Health, author Terence James Palmer proposed that Spirit Release Therapy (SRT) is the most effective way to treat people who are possessed by “earthbound spirits of the deceased.”

A firm believer in the survival of consciousness after one’s physical death, Palmer bases his theories on the work of Frederic Myers (1843-1901), the 19th century researcher and co-founder of the Society for Psychical Research in 1882, whom he said proved the existence of a spirit world capable of interacting with our physical world.

In a follow-up thesis, www.examiner.com/review/book-review-the-science-of-spirit-possessio... which this Examiner reviewed in January 2013, Palmer reviewed the Catholic practice of exorcism during which a priest or other person of the cloth demands in the name of God or Jesus that the offending entity leave the person who appears to be possessed based on the Rituale Romanum of 1614. He noted that SRT - “a soul-centered therapy” - offers a “more gentle approach” which is also more effective without the need to impose a particular religious belief or other philosophy on the patient.

Now in The Science of Spirit Possession (2nd Edition), Palmer offers a more in depth look at the beliefs of various cultures around the world and how those beliefs affect the way in which those who are deemed to be possessed are dealt with. He still stresses the beliefs and methods of Myers but adds much more information from a variety of other sources.

When it comes to understanding spirit possession, Palmer stresses the importance of “personal subjective experience.” For instance, psychologist and medical anthropologist Alberto Villoldo personally experienced the healing practices of Amazon and Inca shamans for some 25 years. Through shamanic journeying, Villoldo realized that those who are possessed experience a “temporary absence of the victim’s soul,” which is known in anthropology as ‘soul-loss.’”

There are many aspects to be considered when attempting to come to some conclusions about the possibility of spirit possession beginning with the issue of discernment as to whether he or she is dealing with a true case of possession, schizophrenia or other such malady, or simply a case of an overactive imagination.

This includes taking into account the cultural influences, personal beliefs and even the expectations of the patient. It is also important to note the same things in relation to the practitioner. As well, there is the matter of eyewitness testimony, Palmer notes. Just like conflicting views of an accident scene, the same thing can occur during an exorcism.

He also addresses the topic of telepathy and the part it can play in possession cases. As well, he writes about a spirit’s role in channeling in automatic writing and psychography.  As well, he notes the importance of the pineal gland and the possible use of neuro-imaging to actually view the lit up impulses of the brain during such events.

In The Science of Spirit Possession (2nd Edition) Palmer cites a few true cases of possession that involved dramatic physical changes in the patient, which were indicative of a bona fide demonic possession.

One is the case of Anna Ecklund from Earling, Iowa (1928) with exorcist the Reverend Carl Vogel. Anna’s face became so “twisted and distorted that no one would recognize its features. Her whole body became so horribly disfigured that the appearance of her human shape vanished.” Her body contorted in various ways and she vomited often.

Another is the case of Karen Kingston (1974) a mentally challenged 13-year old from North Carolina, who appeared to suffer from multiple personality disorder. Her father was “an alcoholic and at the age of seven, she saw her mother murder her father with a butcher knife. After witnessing this violent act, the child went into shock and never recovered.”

During the exorcism, Kingston levitated about five feet off the floor. Father John Tyson and Baptist Minister Reverend Richard Sutter had been holding her down at the time to keep from anyone getting hurt so when she levitated, they went with her. According to Robert Pelton, who related the incident in his report of 1985, “Tyson just sat there gasping. He looked rather ridiculous with his long legs dangling. Sutter looked like a captive who had been shot and draped over a horse.”

“They made the demon in Karen write a paragraph, which he did to the staff’s astonishment, for they knew that Karen could not write.”

When Reverend Richard Rogers demanded that the demon say its name, it replied, “Williams.” Then as he was expelled from Karen he said, “Leave us alone. I’ll come but I will kill this b*tch first…” When the demon left, there was a “bluish green cloud” that “enveloped her completely…”

Palmer then reviews the “First Law of Thermodynamics” discovered by physicist James Prescott Joule (1818-1889). This law states that “energy cannot be created or destroyed; rather the amount of energy lost in a steady state process cannot be greater than the amount of energy gained.” In layman’s terms, he states that when applied to “living systems” (people), it means that the energy contained within them is “transformed” into another form of energy when their bodies die. It is energies such as these that can be instrumental in causing spirit possession, particularly if the spirit of the deceased has its own issues that need to be dealt with. Thus the need to treat the intruding spirit as well as the patient.

In his previous works, Palmer noted the need for a “revised epistemology” when dealing with cases of possession. This time around, he goes further into this concept. As in the past, he notes the conflict faced by mainstream scientific thinkers who do not want to accept the use of a treatment based on the belief that spirit (consciousness) survives physical death and is able to interact with the living – physically, mentally (via telepathy) and emotionally based on that spirit’s own beliefs.

“It has been my own experience that the greatest difficulty in researching answers to questions of a spiritual nature lies in the determination of modern science to treat the concept of Spirit as taboo.”

In Chapter 15, Palmer presents a “Draft Project Proposal: Auditory Hallucinations or Hearing Voices. “The first part of this proposal,” he writes, “is to test the hypothesis that Spiritual mediums are able to tell the difference between autogenic (self-created) hallucinations and voices that are veridical (emanating from an external source) in patients diagnosed with schizophrenia.” The objective, he adds, is to test the “efficacy of Remote Spirit Release Therapy (RSRT), otherwise known as dis-obsession by Spiritist healers.” While some practitioners already do this with varying degrees of success, Palmer says there has never been “rigorous scientific testing.”

This book contains so much valuable information for anyone who wishes to delve deeper into all aspects of the possession phenomenon, how it has been and is now being treated and all that this entails in various parts of the world. This is not a book that can be read through quickly. One must take time to ensure that he or she understands all of the various aspects that Palmer presents.

There is just so much information between this book’s pages that it could not possibly be fully covered here. However, anyone who deals with the issue of possession and wishes to effectively treat his or her patients should definitely read it.

Terence Palmer has a degree in Psychology from Canterbury Christ Church University and a Master’s degree in the study of Mysticism and Religious Experience from Kent University. He has been a hypnotherapist for 20 years and a spirit release practitioner for 12. The University of Wales at Bangor awarded him a doctorate for his thesis on the scientific conceptual framework and research methods of 19th century researcher F.W.H. Myers. He is the first practitioner to be awarded a PhD on the topic of Spirit Release Therapy in the UK. He is also a member of The Society for Psychical Research and The Scientific and Medical Network. As well, he is a Fellow of the Royal Society of Medicine.

His newest book can now be pre-ordered at Amazon.com

The Science of Spirit Possession: A 21st Century Approach to Mental Health, http://tjpalmer.blogspot.co.uk/p/blog-page_13.html

The Exorcism of Anna Ecklund

Note: The Fifth British Congress on Medicine and Spirituality www.medspiritcongress.org/ will be held in London, England in October 2015.