Thrillers and why we love them!

Mysteries and thrillers (for the moment, let's table the fine points of difference which are endlessly debated elsewhere) are essentially puzzles. There is a crime or crimes. Who did it or will do it? Why? Will they be caught? Will there be more crimes? Will the main character solve the case? Will they survive? Unravelling these issues is the joy for the reader. Putting together the puzzle is the fun for the author.

Self-Publish your book for $300

You need to be a member of Thriller Authors to add comments!

The stakes don’t get any higher...

The explosive and brilliant new thriller from bestseller Dominic Selwood
The Turin Shroud has been stolen in a violent assault. Why? And by whom?
Drawn into the investigation, archaeologist and former spy Ava Curzon finds herself plunged into a desperate struggle against an apocalyptic Russian cult. Recruited by the UK’s clandestine MI13 intelligence agency – and aided by the Vatican’s security division and her former colleague Ferguson – Ava is sucked into a world of dark extremism and Biblical secrets.
As the chase catapults her around Europe, she must unravel the mysteries of an ancient icon belonging to the shadowy Order of Malta.
With time running out, and cataclysmic war in the Middle East the price of failure, the world stands on the brink…
Read more: https://bookread-mumswritings.blogspot.com/2017/02/the-stakes-dont-... 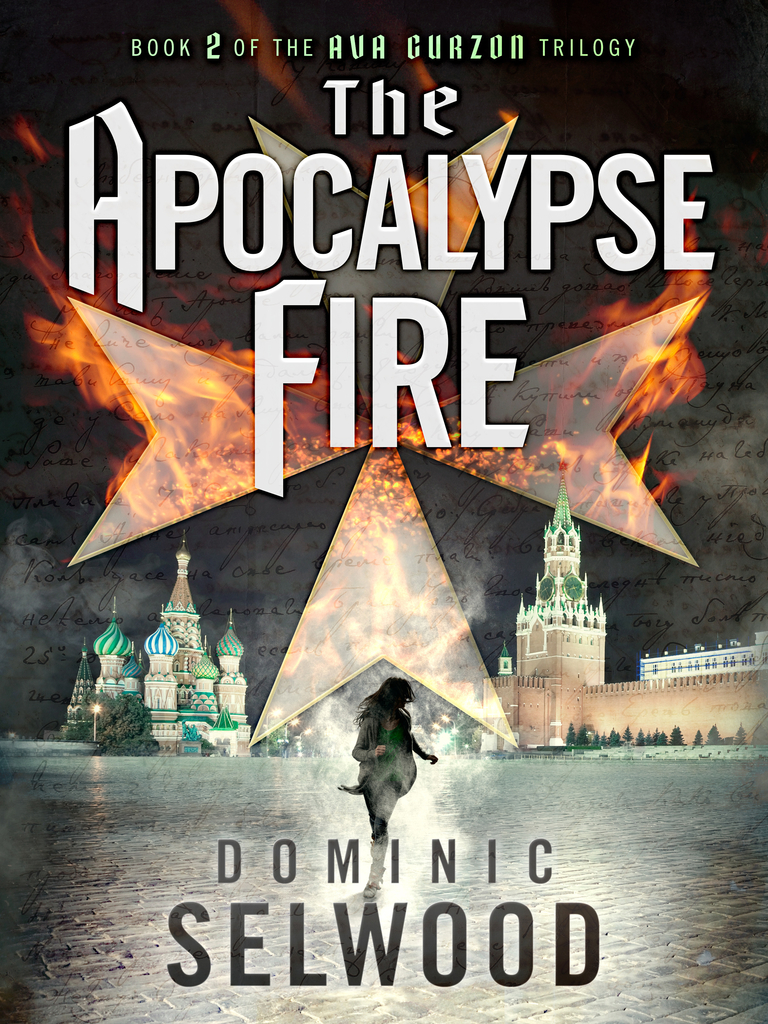 Title: Mantis Force – Fiero One
By: R. J. Amezcua
ISBN #978-0-9980748-0-1
A CBM Book Review
10.0 out of 10.0 stars
.
Mantis Force: Fiero One by R.J. Amezcua is Book One of a 3-part Sci-Fi action thriller series called the Fiero Series. Taking readers on a fantastic exploration into the past, present and future ages and galaxies of Quintástraya, a group of 5 galactic systems, the book begins in “The year of our Lord 2068”.
.
The rise and fall of good versus evil catapult readers into an exciting futuristic space thriller as the end of the Second Age of the Quintástraya draws near. The Guardian victories have come to an end and a new age is dawning, but not before an ancient prophecy begins to unfold. One that comes from the deep recesses of space known as the Dead Zone. Dark forces and lawlessness are at work, and threatening this hostile take over is Captain Asafa and his crew of the Osparatta that are destined to hold back the darkness until reinforcements arrive.
.
Majestic characters, good and bad, noble and evil, intertwine this galactic journey into the deep recess of space filled with battles, sub-plots and intrigue that lead readers into climatic journeys across the ages of time.  Filled with creative imagery, dark forces of the spiritual realms, visible and invisible, sorcery, intrigue, Biblical overtones, suspense and a plethora of new vocabulary encompass this read.
.
As the depleted resources of Captain Asafa’s ship and crew, additionally weathering many weary battles, Captain Asafa remains steadfast. Along the way, the author takes the readers to exploits, galaxies and planets. Abba El is introduced as the all-loving Father. Reflecting Biblical figures and parallels embodied in the Bible, this is a Sci-Fi thriller has many unique characters and inspiring scenes that depict a multi-dimensional existence that draws readers into an epic battle for as good that is surely colliding with evil forces that threatens the life of every inhabitant and “every single human and alien race in the Quintástraya.”
.
Highly recommended page turner for science fiction lovers. This read would make a fantastic movie.
.
Order your copy of Mantis Force – Fiero One at Amazon, in Kindle and at other fine online bookstores. Be sure to visit R. J. Amezcua at Mantis Force.

Those who enjoy reading novels about spiritual warfare may enjoy this new book by Yeral E. Ogando  a trilogy called The Hero Within. The story itself takes place in fictional places in New York and in Ohio.

Book one, AWARENESS, will release early 2016. Amazon has given this story an option to be published by Kindle Scout.

The deciding factor for publishing with Kindle Scout comes from votes from readers. Nominate Awareness

I am new here - have just published an international crime thriller, TWISTED REASONS, largely written when I lived in Vienna where much of it takes place. If you like Graham Greene's THE THIRD MAN you will no doubt like it. See http://www.gezatatrallyay.com  http://www.deuxvoilierspublishing.com/#!twisted-reasons/c19cv 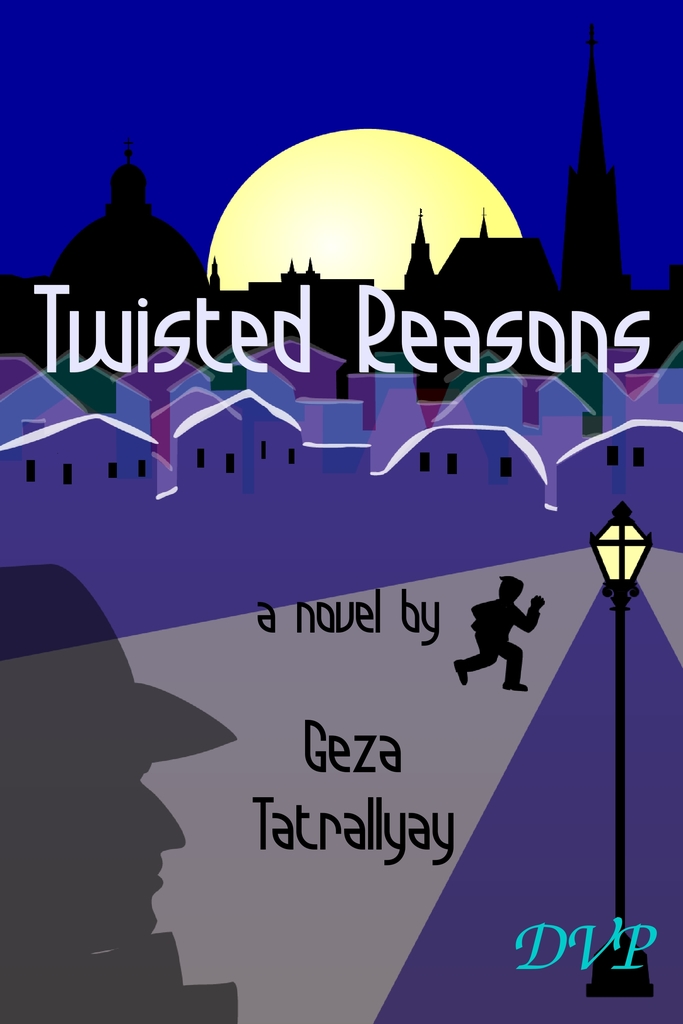 The target audience for this book is the readers of commercial thrillers. Cyberwar resembles a cross between Miller’s Sin City and Fleming’s James Bond novels.The book has been finished and is now a series. cyberwarseries.com

It all went to hell when the world’s greatest cyber warriors chose to wage war for themselves and not on behalf of the politicians that hired them. Hackers, they used to be called. To Xera, William Waltz was a broken spy and a fugitive, manipulated by the Cyber Elite that ruled from Canada to Peru. If she helped him, the Cyberwar could be avoided . . . but the assassin named “Sheetrock” tracked them to use his bio-hacked body to delete them both.The research on cyber warfare and political protest, as well as a strong female protagonist set this riveting story apart.

A young man living in Santa Fe risks his freedom by smuggling thousands of dollars to Morocco to free a Muslim--a young college student accused of terrorism and dying in prison. The Camino Sagrado, an ancient creencia (belief) first brought to New Mexico by Conquistadores, is his motivation.Publishers Weekly says: "A thriller with puzzling twists aplenty...the manuscript creates a web in which the innocents are the accused, the accusers are the criminals and the plot doesn't stop gyrating until the very end..."**

CREED is a modern-day thriller about political ambition, sexual abuse, greed and oppression. It's also about friendship, young love, and healing across religious and cultural barriers. Set in New Mexico and Morocco, readers will agonize over systemic corruption and injustice. But, will dissect the truisms of the Camino Sagrado as they bear witness to its spiritual bearing and assess its relevance in their own lives.

**The publishers weekly review was written based on a manuscript version and not the published version.

In the summer of 1943, a baby boy is found in a German cemetery, his murdered parents lying at his side. Thirty-two years later, Luke goes in search of the truth behind what happened to his parents to make them flee Britain, across war-torn Europe, and who killed them...