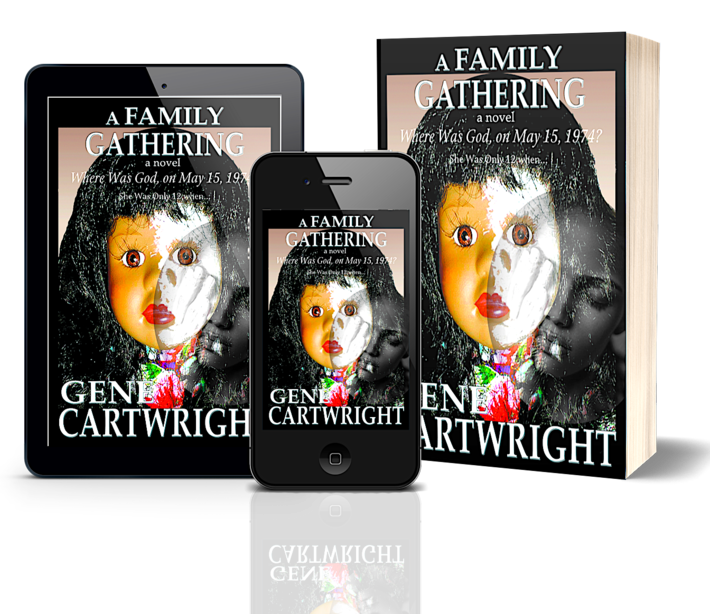 Girl meets world. The 12 year-old daughter of a poor, rural, black southern preacher and his wife, pregnant by the son of the State's wealthiest white family, triumphs over years of abandonment and tragedy.

Girl Meets World, and Lives To Tell Her Story.

It was 1974 — the South. She was 12; he was 16. She was the daughter of a poor Baptist minister. He was a son of privilege. What happened on a hot day in May ended the life she knew. His was unaffected, until the passing of 14 years; a vicious murder; a display of arrogance and power; an unexpected visitor, and 'A Family Gathering'.

Ms. Cicely Tyson: "I have not been so moved by a novel since I first read Alex's book (Alex Haley,'s Roots). When the film is made, I'm laying claim to the role of Aunt Rose."


In 1974, the life of a pregnant 12 year-old daughter of a black, rural, southern minister is changed forever, when it is learned the unacknowledged father is the 16 year-old son of Arkansas's wealthiest and most powerful white family. Retribution, attempted suicide, and triumph mark 15 years of her forced exile in Chicago. A blind eye is turned upon a vicious murder; a callous display of arrogance and power, until a day of reckoning spawned by 'A Family Gathering.'


After reading the hardcover edition, Emmy-Award-Winning actress, Cicely Tyson personally called the author and said: “I have not been so moved by a novel since Alex’s book [Roots]”.