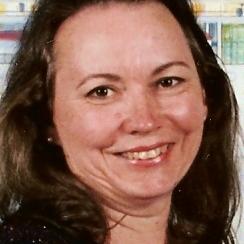 Bess McBride has not received any gifts yet

Something About Me and My Book:
I write romances and have six published and one more on the way. I write contemporary, light paranormal, time travel with historical elements and romantic suspense.

I made my first serious writing attempt when I was 14 when I shut myself up in my bedroom one summer while obsessively working on a time travel/pirate novel set in the beloved Caribbean of my youth, but I wasn’t able to hammer it out on a manual typewriter (oh yeah, I'm that old) before it was time to go back to school. The draft of that novel has long since disappeared, but the story is still simmering within, and I'll get it written one day soon.

I was born in Aruba to American parents and lived in Venezuela until my family returned to the United States when I was 12. I couldn’t fight the global travel bug within and joined the U.S. Air Force at 18 to “see the world.” After 21 wonderful and fulfilling years traveling the world and gaining one beautiful daughter, I pursued my dream of finally getting a college education. Armed and overeducated, the restless gypsy in me took over and I embarked on a two-year full-time RVing life working summers for the National Park Service and hanging out at the beach on the beautiful Gulf Coast. I'm back to sticks and bricks for a while and a full-time job. Please visit me at my website www.bessmcbride.com

A Train Through Time

Blurb: College teacher Ellie Standish thinks she’s on a sleek modern train heading to a conference on women’s studies in Seattle, but she awakens from a night’s doze to find herself on a bizarre historical train full of late Victorian era reenactors who refuse to come out of character. When the leader of the group—one handsome, green-eyed Robert Chamberlain—finally convinces her the date is indeed 1901, a skeptical Ellie decries any eccentric theories of time travel and presumes she is smack dab in the middle of a very interesting historical dream. She turns the directorial reins of her dream over to one smitten and willing Robert, only to realize that dreams cannot last forever. Someday, she must wake up to reality, though Ellie no longer has any idea what reality is. She only knows that Robert must play an important part in her future. But how can he...if he’s only a figment of her imagination or worse yet...a man who belongs to an era long past?

Excerpt:
“I’m not going to marry an eighteen-year-old girl, Grandmother.” Robert turned away and strode to the bay window. He stared down onto the city below.
“Robert, be reasonable. You need to marry sometime. Don’t you want a wife? One young enough to give you children? Any one of your sister’s friends would be quite suitable.”
“I’m afraid not, Grandmother. I’m waiting.”
“Waiting for what?” Mrs. Chamberlain muttered.
“The right one. She will come along. I know it.”
“For goodness sake, Robert. Where will you find her? You never appear even to look.”
Robert continued to stare out the window with his hands clasped behind his back. “I do not think I have met her yet, but I feel certain that I will know her when she does finally appear.”
“Robert, what nonsense! You are usually so sensible in all matters except when it comes to this subject. It seems my son’s wife raised a silly romantic,” the older woman muttered.
“Perhaps she did, Grandmother. Perhaps she did,” he murmured with a smile.
“Give me great-grandchildren, Robert. I cannot live forever.”
He turned away and grinned at the frail appearing silver-haired woman resting on the green velvet settee.
“Yes, you will, Grandmother. You will outlive us all.”
“Hmmppff,” she muttered looking away. “The house is quiet. We need children in it once again.”
“Perhaps my sister can do the honors in a few years, Grandmother. All she lacks is a suitable husband.” He consulted his pocket watch.
She eyed him with a piercing stare.
“Have you become a confirmed bachelor, Robert? Has time passed you by then?”
Robert laughed and bent to kiss his grandmother’s pale cheek.
“I hope not, madam. I did not intend to remain a bachelor for the rest of my life.”
“Then why do you wait? Give me a practical reason, none of your romantic musings.”
He straightened and grinned. “I can only assure you once again that I wait for the right woman. I know it sounds foolish, but it is the truth.” He turned away toward the door. “I must go into the office to see to a few things before we leave tomorrow. I look forward to riding the train. I always do.” 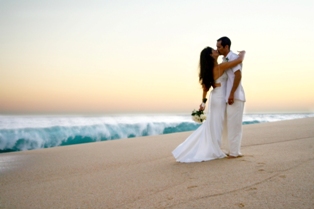 Hi, Thank you for add me as a friend.
Saludos

Etienne A. Gibbs said…
Thank You, Bess, for Your Friendship and Support!
Glad to have you as my newest friend.
I'm here to learn and share. Let's learn and share together.

Remember: When you say 'No!' to hackers, spyware, and viruses, everyone wins! When you don't, we all lose!

Beth Trissel said…
Hi Bess! Fancy meeting you here. Thanks for friending me. How are you? Still at the National Park?

Great to see you here!

Lynne Klippel said…
Your books and your lifestyle sound wonderful.

Glad to be your new friend!
Lynne

Thanks for inviting me to be a friend!