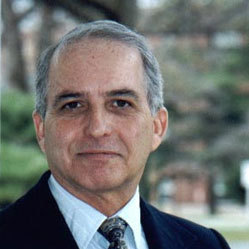 Carlos Rubio has not received any gifts yet

Something About Me and My Book:
CARLOS RUBIO ALBET was born in Pinar del Río, Cuba. In 1961 he came to the United States and finished high school in Wilmington, Delaware. A bilingual novelist, in Spanish he has written Caleidoscopio, Saga, Orisha and Hubris. In 1989 his novel Quadrivim received the Nuevo León International Prize for Novels.
In English he is the author of Orpheus' Blues, Secret Memories and American Triptych, a trilogy of satirical novels. In 2004 his novel Dead Time received Foreword's Magazine Book of the Year Award. His latest novel, Forgotten Objects, has just been released by Éditions Dédicaces. He recently completed a memoir entitled Dancing with Ghosts.

(Translated by the author)

I have been living a mirror for centuries. I am surrounded by mercurial peddlers of imaginary goods, esoteric fortune tellers, translucent sword swallowers and millenary midgets.  We are known throughout the world as THE ROYAL COMPANY OF THE NEVER BEHELD BEFORE.  As the name implies, we offer the public—especially the most obstinate unbelievers—the wonders that defy all laws of logic and physics. This we do for the sole delight of a world that with each passing day becomes more difficult to please.

The ROYAL COMPANY OF THE NEVER BHELD BEFORE was created by me, Xinef, the Eternal, almost a thousand years ago. (I use this term for lack of another, since time here is relative, elastic, or at times even non-existent.)

I devoted the first century to its planning; I was (and I am) conscious that it would be (and it is) one of the most arduous undertakings in the history of mankind.

The second century was spent in search of the most unusual spectacles on the face of the earth. I roamed every continent, from the African deserts to the Arctic tundra.

It was during these second hundred years that I hired, among others, the underground trapeze artists, the juggling Siamese twins, the armless tamer of phosphorescent Bengalese tigers and a Turk who had invented a stationary perpetual-motion machine.

The third century was the most difficult. I opened for the first time the doors of THE ROYAL COMPANY OF THE NEVER BEHELD BEFORE. It was in Lisbon, if memory does not betray me. To my amazement, no one came to see our wonders.

Somehow the rumor had spread that our company was the work of the devil. These accusations infuriated me so, that I decided to hire him too, so as not to disappoint the religious fanatics who had accused me. (Why didn’t I think of it before?!)

I took me the rest of the third century to set up an audience with him. I did not consider it, however, wasted time. I knew that if I managed to hire him, the prestige of the COMPANY would increase a hundredfold.

He received in his gaseous office, for the briefest time of ten years. (Again I use this word in a relative sense.) He told me that he was honored that I should have thought of him, but that he was busier than ever running his own company. Before I left he had the audacity of asking me if I wanted to join his outfit. I thanked him and left his office in less than a year.

I realized that I would have to change my itinerary. We disappeared from Europe, , which was still not ready to accept us, and reappeared, fifteen years later, in the Middle East.

There I had another disappointment. Those peoples were already so used to witnessing the unusual, the never beheld before, that they completely ignored our show. For them it was part of their everyday life.

Once again we packed our lunar spider-web tents and try our fortune in a new land that would later be called America. We opened our doors in 1453. (Conventional time.)

We were received with great admiration, almost as gods. I have no doubt that many of the legends of those peoples were inspired by us. During this century, the Europeans crossed the ocean and began their conquest of these new lands. Since they found us here, they erroneously assumed that we were part of the new continent. (Fools! Haven’t you realized yet that Xinef, the Eternal, and his ROYAL COMPANY OF THE NEVER BEHELD BEFORE is from nowhere and everywhere at the same time?)

In the turmoil of the conquest, those brave men accepted us completely, and the news of our existence soon spread throughout Europe. (Yes, the same Europe that had rejected us before.) Since then we have had no more difficulties—except in finding new wonders—and our prestige has spread far and wide.

Yes, ladies and gentlemen, for four bits you can come into our tent made of lunar shadows. You will see, among other things, our invisible clowns who have the power of making every part of their bodies disappear, excepting—of course—the artificial smiles they bear, for these are not theirs, but painted on. You will also be able to consult our Egyptian fortune tellers, who will reveal to you not only what you are (which something outmoded), but also what you could have been, which is something more in tune, more worthy of our unique COMPANY. You will be entertained by our tight-rope walkers, who perform miraculous feats on their ropes of sand…

And if you are lucky and don’t mind waiting—because here time is meaningless—you will be able to see yourselves reflected in this mirror where I live, which is not a mirror for seeking, but for being, since it reproduces the dreams of whoever may be before it.

Yes, ladies and gentlemen, we all have a dream, something that we haven’t been able to accomplish in life. It is now, for the first time, that THE ROYAL COMPANY OF THE NEVER BEHELD BEFORE offers you this unique opportunity, for the moderate price of two bits—because we don’t do it for profit, but as a service to humanity—of bringing to life your unfulfilled desires.

Let’s see… Yes, the gentleman with the gold teeth. Come on in. What is your unfulfilled dream? You were born too late and there are no more lands to be conquered? We will take care of that right away.

Immediately I created a rich continent, where gold and precious stones were found on the ground. I put at his disposal an army of vigorous men, expertly trained in all aspects of warfare, who were completely loyal to him.

They began their march over the mountains. Within two years they captured the capital city—which was built on a lake—and made the emperor prisoner.

With the conquered riches he built a marble palace, with dozens of arcades, terraces and hundreds of rooms. His servants fulfilled his every wish and saw to it that not even his most insignificant needs went unattended.

The gardens were almost infinite. He ordered that a carriage, studded with diamonds and rubies, should be built so he could survey them with more ease. This carriage was pulled by spirited horses embellished with embossed leather and the finest tassels.

He became fond of hunting with falcons. He ordered the construction, adjacent to the palace of a falconry built with the noblest and most aromatic woods, for his personal use during holidays.

And he lived like this until the end of his days, governing and enjoying the lands that he had conquered in his mind…

Yes, ladies and gentlemen, we all have a dream; even I, Xinef. Mine, however, is a dream that contains them all. It is a dream of dreams. It is simply being Xinef, the Eternal, seller of dreams and creator of THE ROYAL COMPANY OF THE NEVER BEHELD BEFORE.