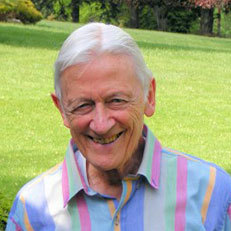 Frederick Gaertner has not received any gifts yet

Something About Me and My Book:
Fred Gaertner creates a world where infinite manifestations of the human race are scattered throughout the boundless cosmos. Each manifestation comes in the form of a Life Stream and descends from a single progenitor. Aaron the Wayshower is the forefather of the Earthlings, who are but a mere “child” among the countless Life Streams of the universe.

The Thirteenth Amendment to the United States Constitution

Though many slaves had been declared free by President Abraham Lincoln's 1863 Emancipation Proclamation, their post-war status was uncertain. During the war, it applied only to the states that were in active rebellion on January 1, 1863, but did not apply to slave-holding border states or to areas of Confederate states already under Union control at the time. Lincoln and his fellow Republicans knew that the Emancipation Proclamation might be viewed as a temporary war measure and not outlaw…

Abraham Lincoln and His Position on Slavery

So, what changed Abraham Lincoln from an antislavery moderate to the Great Emancipator?

Lincoln was a complicated figure whose views on slavery, race equality, and African American colonization are often intermixed. There is no doubt that he hated the institution of slavery. However, he was no abolitionist. Lincoln initially recognized that slavery was a bad institution but one that was accepted and necessary for the South's economy. Lincoln had campaigned against the expansion of…

Even before the Emancipation Proclamation was issued, the first regiment to become a…

Slavery and the American Civil War

During the 1860 presidential election, the divisions between the North and the South became fully exposed. Abraham Lincoln, the Republican candidate, won with a plurality of popular votes and a majority of electoral votes. However, he did not appear on the ballots of ten southern states, thus his election necessarily split the nation along sectional lines. http://bit.ly/1RDQVq5