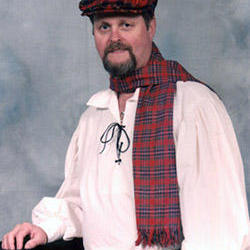 John Wayne Cargile has not received any gifts yet

Something About Me and My Book:
The Cry of the Cuckoos is a mystery novel set in the Southeast and Southwest. As one book reviewer described it, the novel can be compared to those of William Faulkner.

The Cry of the Cuckoos Compared to William Faulkner's Books

Reviewd by Rita Hestand (author)
Sometimes finding the truth opens up a can of worms that can't be disposed of. Retired news reporter Donald Drummond, and his retired teacher wife, Anne, begin to unravel a family mystery that leads to death and intrigue. Trying to discover his father's killers, Donald is whisked into the confidence of the FBI and faced with insurmountable truths.

Donald is forced to deal with his father's underhanded business with the Society of Southern Patriots, and an unmasking of his own identity that he must come to grips with.

After sixty one years, Donald meets his real mother. And his mother is a suspect in his father's death. His father was poisoned. However, as Donald works closely with the authorities, he unravels one bad soap opera after another, how much can one man stand to know about his heritage? And can he live with the knowing?

John Wayne Cargile takes us on a journey that starts with much intrigue and ends with bold characterization of family life sometimes better left unsaid. Even when all is well, it isn't.

What an emotional jaunt Mr. Cargile leads us on, spilling forth with page turner characters and strong plotting that keeps one on the edge of his seat to finish this book. I enjoyed it no end.

Mr. Cargile has my undying admiration for writing a book that has no holes barred. Equal in emotion and plotting to a William Faulkner book, this one is a real keeper and one you won't forget for some time! Thanks for the enjoyable read.....

The New Rules of Marketing & PR

There's a great book, The New Rules of Marketing & PR, which was published a couple of years ago by Publishers Weekly. The author is David Meerman Scott. The traditonal way to marketing and PR is out the window, he says. He talks about things we are already doing on the net, but it sheds light on new things to do when you are a do-it-yourself PR and marketing person in addition to being a writer/author. Check it out.

A review of The Cry of the Cuckoos by John Lee (Mentone, Alabama)

A splendid combination of what most readers, like myself, desire in a good novel--mystery, mayhem, madness, and one of the most dysfunctional families you've ever seen. It would provide a team of therapists with full time work.

Though the last third ambles along almost to the point of losing a reader, the characters are so real and the story so well told it keeps your curiosity churning and the pages turning to see what happens to the Drummond Family all the way from Tuscaloosa,… Continue

A reader comment about The Cry of the Cuckoos. Teens are reading it.

this book is wonderfull it keeps you on your toes once you start reading it you cant put it down!!! hope book two comes out soon!!!!!!!!!!! Jenna Taylor and T.R. Pate

Here is a marketing campaign devised my publisher's PR department. Anyone know what these services normally cost? Read and let me know.

The following is an all-inclusive 5-month campaign that includes the film/TV option pitch package and Mid-EPK. I will call you shortly to discuss, the monthly pay structure. The 6th month and onward will be no charge.

I. Media Relations
a. Build inclusive Print Media List.
i. First we will build your Print Media list for… Continue

Irene Brautigam said…
Hello Wayne
Thank you for your friend request and I am happy to accept. I look forward to networking with you here. My girlfriend loves mysteries and will direct her to yours.
Irene

I am sorry I could could not go to your disscussion. My computer has been down for 3 days. It makes you feel naked for sure. I will be back in touch. Thanks. Best.