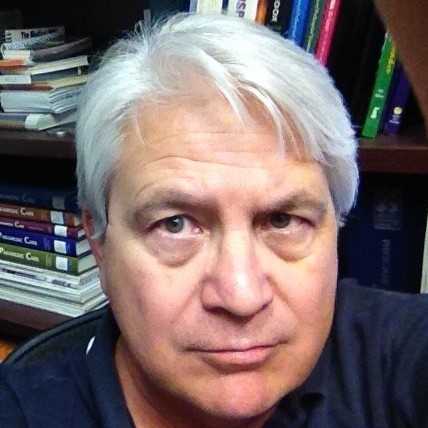 Martin Roy Hill has not received any gifts yet

Something About Me and My Book:
Martin Roy Hill is the author of the Linus Schag, NCIS, thrillers, the Peter Brandt thrillers, DUTY: Suspense and Mystery Stories from the Cold War and Beyond, a collection of new and previously published short stories, and EDEN: A Sci-Fi Novella. His latest Linus Schag thriller, The Butcher's Bill, was named the Best Mystery/Suspense Novel of 2017 by the Best Independent Book Awards, and also received the 2017 Clue Award for Best Thriller from the Chanticleer International Book Awards.

All books are available in print and e-book editions from all popular book retailers.

Much of Martin's freelance work involves historical topics, especially military history. He was a lead contributor to the 1995 WWII anthology, "From Pearl Harbor to Nagasaki: America at War," published by the Retired Officer Association (now called the Military Officer Association. He was also a contributor to the Civil War anthology, "Gettysburg: Three Days that Saved the United States," published by I-5 Publishing.

Martin's short stories have appeared in such publications as Alfred Hitchcock Mystery Magazine, Plan B Mystery Anthology, The Off the KUF Anthology Vol. 2, San Diego Magazine, and San Diego Writer's Monthly. His first book, "DUTY," was named the Best Short Story Anthology/Collection during the 2013 San Diego Book Awards (SDBA). "The Killing Depths" was also named a finalist for the SDBA Sisters In Crime Mystery Award.

A veteran of the U.S. Coast Guard and Navy Reserves, and the California National Guard, Martin has also served on a sheriff's wilderness search and rescue team, and on two disaster response teams.

Martin is a professional member of Mystery Writers of America, Sisters in Crime, and International Thriller Writers. He lives in La Jolla, CA.

In Iraq, a shipment of $9 billion in cash goes missing. Each effort to find it ends in death. In Southern California, a mercenary's murder, a severed head, and a bloody hand-written message spark a massive manhunt. The man connecting these two events is William Butcher, aka The Butcher. Those who stole the money want him dead. The cops want him for murder. Butcher's only hope is his former NCIS colleague and closest friend, Linus Schag. Torn between loyalties, Schag walks the thin line between doing his job or betraying his friend. Working from opposite ends, Schag and Butcher peel back the layers of conspiracy, revealing a criminal enterprise reaching into the highest levels of government. With a plot torn from today's headlines, The Butcher's Bill will keep readers on edge until its final, explosive climax.

The year is 1987. Battle-scarred news service correspondent Peter Brand treturns from covering the wars in Central America to bury his ex-wife, Palm Springs TV reporter Robin Anderson, after her brutal murder. When Peter discovers  the local police refuse to investigate Robin's murder, he sets out with an old friend, retired cop Matt Banyon, to find her killer. They unearth secrets old and new - a shadow world of sex and drugs, political corruption, and a wealthy Cuban freedom fighter with a suspicious past. In a final, cliff-hanging struggle, Peter faces his own demons - and death in a dark and empty place.

A killer lurks beneath the waves of the western Pacific Ocean. The USS Encinitas, the first attack submarine crewed by both men and women, stalks the Crescent Moon, a renegade Iranian sub armed with nuclear-tipped missiles. But anotherpredator hides aboard the American sub, a murderer who has already left a trail of dead women behind on shore. While the crew of the Encinitas plays a deadly game of hide-and-seek with the Crescent Moon, NCIS investigator Linus Schag must discover the killer's identity before his - or her - blood lust leads to the submarine's total destruction.

A collection  of previously published and new short stories by author Martin Roy Hill. In the title story, "Duty," a Cold War soldier faces the prospect of starting WWIII. In "Something Far Away," a former Coastguardsman must face his ghosts from the past. A Navy investigator faces a different kind of ghost aboard a nuclear aircraft carrier in "Destroyer Turns." "Brandenberg's Diaries" tells the story of a retired spy's last mission during Glasnost. A group of soldiers faces the curse of war over several generations in "The Stragglers." And in "The Use of Innocence," a Vietnam vet contemplates a younger generation eager for another war. 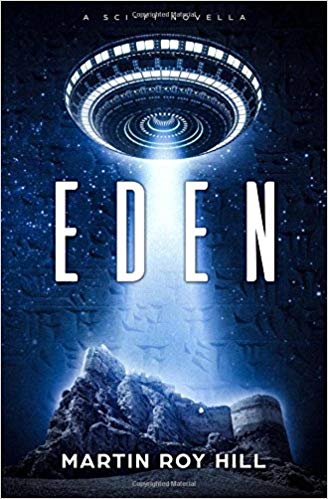 “If this is Paradise, how bad could Hell be?"

A sandstorm uncovers a long buried secret in the

Iraqi desert, an ancient Sumerian temple dating back at least 6,000 years to the beginning of civilization. An American army patrol sent to investigate the ruins is trapped i

nside the temple’s eroded walls, first by an insurgent ambush then by another, even more powerful sandstorm. When an enemy mortar shell blasts an opening into a hidden burial chamber, Captain Adam Cadman and his soldiers take refuge deep in the ruins. What they find hidden inside threatens to destroy every belief about the beginnings of mankind—as well as modern civilization as we know it.

Iraq, 1991: Operation Desert Storm. In a terrible friendly fire incident, a U.S. helicopter massacres a small convoy of American MPs. Among the dead: a mysterious American civilian engineer discovered by the soldiers behind enemy lines.

San Diego, CA, 1993: A freelance journalist is hired to write a story about a wrongful death lawsuit filed by the dead engineer's widow against the government and the defense contractor he worked for. The problem: the

government insists the lawsuit does not exist, and the contractor claims the engineer did not work for them. Worse, someone is willing to kill to keep it that way.

Peter Brandt, the war-scarred journalist hero of Empty Places, returns in this story of greed, betrayal, and government secrets. Can Peter expose the truth without becoming another victim of the wartime tragedy? 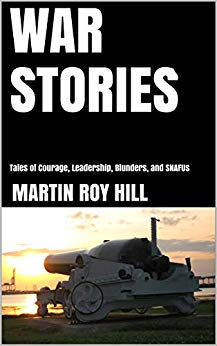 STORIES describes acts of great heroism and acts of pure blundering, intrepid leadership and self-serving vainglory, brilliant wartime technological developments and not so brilliant ideas. Some will awe the reader with their inspirational stories. Others will astound the reader by the military stupidity they reveal.
Stories about:
- The little navy that saved Texas independence.
- America's first colonial war and why military leaders are re-examining it.
- The stunning defeat that set America on the course to victory in WWII.
- The man who inspired the creators of Horatio Hornblower and Jack Aubrey.
- Why Patton really lost the 7th Army.
- How master deceivers helped win WWII.
And more! 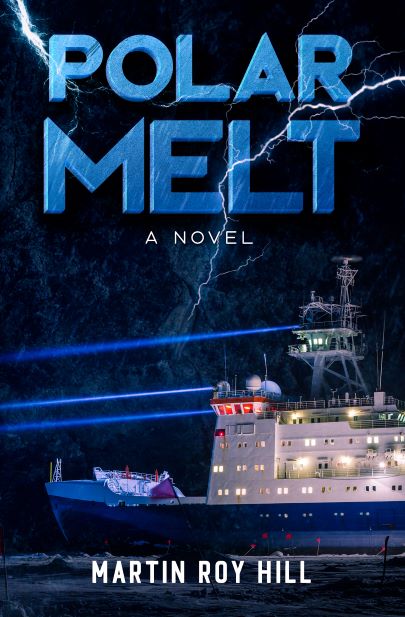 They call it simply "the object."

It sits at the bottom of the Arctic Ocean, waiting.

An American research ship disappears in the Arctic's Chukchi Sea only to reappear a few days later. When a special U.S. Coast Guard unit boards the vessel, they find it deserted, its power grid wrecked, two bombs waiting to explode, and an even darker secret hidden below her decks.

A few miles across the international maritime boundary, a massive Russian oil platform harbors its own secret. Below the behemoth lies a mysterious energy source so powerful it threatens to topple the balance of world power in favor of Moscow.

The Russians will to kill to protect it. The Americans will kill to stop its recovery.

"Martin Roy Hill's Polar Melt is the fast lane to the headlines of the future. Fasten your seat belts and hang on! You're in for on a wild ride."

On May 8, 1945, WWII in Europe ended with Germany’s surrender. But did the Nazi Party itself surrender? Some say no.

1943: A German ship moors in a clandestine anchorage in western Mexico with a cargo of gold intended to bribe the Mexican government into declaring war on the United States. When the attempt fails, the German vessel flees leaving its gold buried somewhere along the coast of the Sea of Cortés.

1997: The horrific murder of an old flame’s husband sets former war correspondent Peter Brandt on the hunt for the hidden Nazi treasure. The search takes him down a bloody trail leading from the drug cartels of Mexico to a neo-Nazi training camp in the Southern California mountains. Along the way, he unearths a decades-long Nazi conspiracy to create a new Fourth Reich and continue the Nazi Party’s plan for world domination.

Inspired by true historical events, and recent research suggesting the Nazi Party survived the German surrender, The Fourth Rising is the latest in the Peter Brandt adventures which include Empty Places and The Last Refuge.

Praise for The Last Refuge: “A first class performance from a writer at the very top of his game…” (SHOTs Crime and Thriller Magazine) 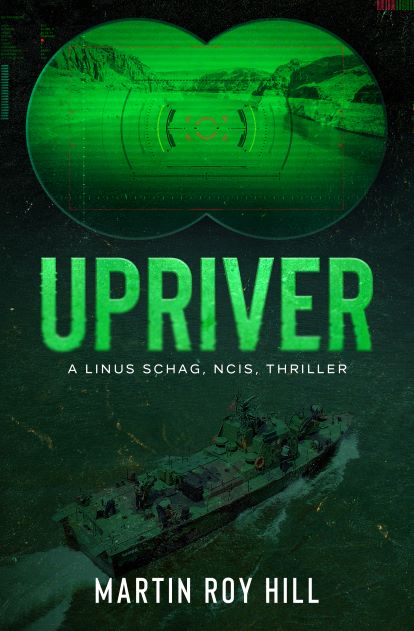 NCIS Special Agent Linus Schag is no stranger to violence and bloodshed, but when he’s sent to Iraq to take custody of two Navy SEALs suspected of murder, he finds himself thrust into a manmade inferno as coalition of forces fight to free northern Iraq from the Islamic extremist group called ISIS.

The explosion of an IED allows the SEALs, suspected of killing a fellow commando, to escape and flee up the Tigris River in a stolen Navy patrol boat. Schag pursues the SEALs in another boat assisted by an Army criminal investigator, a vengeful Iraqi interpreter, and a hostile Navy boat crew. Facing danger at each bend in the river, Schag and his companions endure ambushes, firefights, and friendly fire as he tries to discover the secret that lures the SEALs straight into the dark heart of an ISIS-made hell on earth.

Empty Places on sale for 99 cents!

Mark your calendars!
The Kindle version of my latest mystery thriller Empty Places will available this week at a discounted price of…
Continue