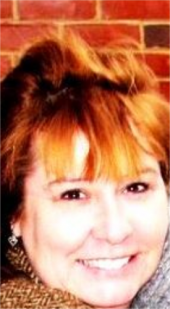 Women of the Round Table, review by Kristin Roedell

Women of The Round Table review by Kristin Roedell Phibby Venable has made a remarkable writing debut with her book Women of the Round Table. The book centers on a group of friends who meet regularly…Continue

Women of the Round Table by Phibby Venable
1 Reply

Phibby Venable has not received any gifts yet

Something About Me and My Book:
I live in Abingdon, Va & love the mountains, community service, animal rescue & morning glories! Most of my work depicts nature, personalities, and observationss from my life in the Appalachian Mountains.

Blue Water Poems by Phibby Venable is like a gift: it
should be opened carefully, even reverently; it should be
opened when there is time to let the poems breathe.
These are not small poems, they have things to say. In a
sense, the book is a portrait of the poet herself. She
writes with wisdom, compassion, insight and depth. Her
voice is unique and rare, yet at times she evokes poets
such as Anne Morrow Lindbergh, and Walt Whitman.

Like Lindbergh, her poems are full of the oceans, the
tides, and the sands. We must meet her by the water,
under the moon, to understand her. The tides and
dunes are frequent metaphors in her poetry. She writes
in Waves: “I believe I am in love with the sea, with its one
line song of familiar crashing”.

We must also meet her in the faces of the dispossessed.
She writes with tenderness of prostitutes, the homeless,
the mentally ill, and the lonely. In The Field Bus an old
man has only “a picture that came with the frame” for
company. In Cleve, the death of a simple man is
mourned only by his dogs .Venable sees what others
pass over with discomfort or indifference. She gives
voice to the lost. This is a woman we can meet in the
clothes we are wearing, whether in the worn slippers of
a marriage that has lost its magic, or a second hand
jacket when the last paycheck was cashed two weeks
ago.

Still, Blue Water Poems is also about celebration, about
dancing and enchantment. It has delight and humor.
Rain Song on Holston is reminiscent of Whitman’s I Sing
the Body Electric-- it is full of the joy of freedom
nature, and “exclamations to the gods of river fun”. She
writes [this]… is a decade of soul belief”. (This is the
Decade).

It is a good thing to read poems that have palpable
magic, poems with song and scent and timelessness.
Venable has eyes that see into the dark, but she is
dancing next to the shadows. Blue Water Poems will stay
with you; it is worth the read.
Review by Kristin Roedell

Dry Branch Hollow and Other Stories 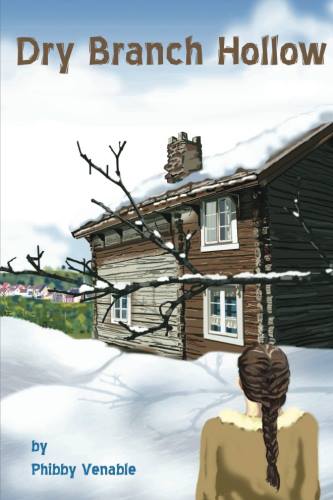 “Phibby Venable is a respected poet who has published several book length collections … [and] an architect of excellent prose, which is no less lyric than her poems … Dry Branch Hollow is a group of stories both serious and amusing. Some are haunting and deeply feminine; they bring to mind Anne Morrow Lindberg’s tenderness and…

John Kremer said…
Tell us more about your books in your profile section. Otherwise, we have no real incentive to click on your website. Give us a reason to click.