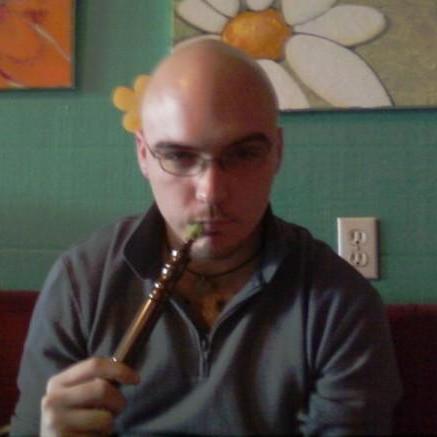 Something About Me and My Book:
Sean Vincent Lehosit is a journalist, poet, playwright, blogger, ghost writer and novelist living in Columbus, Ohio. He's got a two year degree, smokes everyday, and never sleeps thanks to Monsters and Red Bulls.

Lehosit graduated with Associates of Arts in 2007 and is now a writer for Institutional Advancement at Columbus State Community College.

As a student at Columbus State he served as the president of Campus Journalists, editor-in-chief of Cougar News, public relations chairman of the Student Government Association, and was a Student Ambassador for the Student Activities Department.

In August, 2007 Theatre Columbus State produced his one-act comedy “Dysfunct,” which was viewed by an audience of over five-hundred people.

Later that same year his novella Lucifer and Lacious was released; a captivating book about a man who awakens to find himself in hell. It's available on www.amazon.com and by special order at Walden Books. Click here to check it out.

''The underworld is a place where few men intend to arrive. When a man pictures death, he pictures blue clouds and golden gates...the underworld does not have blue clouds but fog of ash that rises from the misery of men. There are no golden gates, only rusty fences circling pools of human waste. You do not hear children's laughter but the screams of guilty souls. Yes, this is the underworld.''

This is the reality that faces our nameless protagonist, soon to be known as Slave, as he wakes to find himself face to face with grotesque demons and unimaginable abuse at their hands. Still, while he is unable to recall his name or how he came to be there, the numbers that Lucifer carves into his forehead seem to clue everyone else - demons and damned alike - that he is somehow special.

Lucifer and Lacious weaves an imaginative journey through the pits of hell as Slave strives to elude the others' evil intentions for him while trying to regain his memory and achieve his true purpose.

What people are saying...

"I think that fans of darker fantasy and supernatural tales involving demons and angels, as well as horror fans, should find this to be a worthwhile read. "
- Julie Miles, Hope Chest Reviews

"If you're looking for a thrill, give it a go. You won't be disappointed."
- Catherine Bogan, Cougar News

"The Hell of Lucifer and Lacious is a macho place, filled with sword-slashing angels, face-ripping demons, crates of supplies, [and] armies..."
- Elijah Meeks, Seven Lions

Hello Sean. My name is Fernando Sobenes and I want to invite you to read the prologue and the first two chapters of my novel: "The Evil Visitor" in my blog The Evil Visitor

Author Collective said…
Would you like more exposure for your book? Do you want to go to those always "Talked About" tradeshows but know you just cannot afford them? Are you aware of how much networking can help boost your sales?
What would you pay to attend the following events?