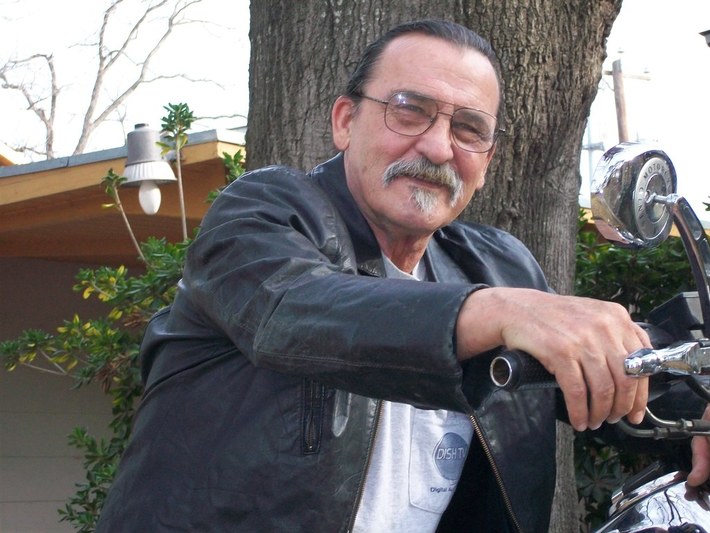 Tom Cooke has not received any gifts yet

THE REVIEWS ARE COMING IN

REVIEWS SMASHING - buy the book - It will make you rich and cure diseases!

5.0 out of 5 stars Reminded me of the Golden Age of Detective Novels!, August 6, 2009
By Carole Gill (England) - See all my reviews
Memoirs of Bear reads like the best of the golden age detective novels.
There are few Detectives as interesting as Bear Williams, part Apache--and all American hero! He's hugely engaging.
It seemed to me as I read the novel, I wasn't reading fiction. Bear was talking to me--telling me about this interesting case of his. A young girl is missing--there are a slew of suspects.
She's a rich kid and Bear's worried about her and he makes me worry too!
The characters are real. Nothing flat here--they are all alive. I could hear them and see them.
And Mr. Cooke didn't just move them around from location to location. The settings were perfectly described. I felt I was there.
And then there's the fast-paced plot pulling me along, and me sometimes holding my breath--sometimes worrying for Bear but always loving the ride.
The book has humor and wit, along with a darned good mystery to boot.
The dialogue is excellent, the writing perfect.
Memoirs of Bear deserves to be a modern classic. It will I hope begin a new golden age, with Bear leading the way for all of us!


5.0 out of 5 stars South Texas, Small Town, Big Crime, August 4, 2009
By Mari Sloan "Mari Sloan" (Los Angeles) - See all my reviews
When we think about a well-done crime novel, most of us think of the metro areas teeming with crime, the impersonal big city, but Thomas D. Cooke makes crime very personal indeed. In this Southern Texas locale everyone knows everyone else, the big dogs are untouchable, and the rest of the citizens eat breakfast and hang out in some of the most authentic diners and down home Texas bars ever portrayed.

The local PI, Belo Williams, "Bear" for short, is not always the smoothest moving investigator in the business. He accidentally gets beaten up by a member of the Pistolero Motorcycle gang, but when he defends himself by throwing a rock during a shoot-out, (despite his military and police officer experience, he wasn't carrying his gun), the beautiful woman he doesn't realize he is in love with forces this same motorcycle heavy to be his bodyguard. The book is full of ironic and humorous touches like that, interwoven with fine investigative know how; a book that could only be written by someone familiar with the characters and the job.

It's a wonderful read for anyone who likes detective or crime stories, or South Texas, or just likes to read novels with fun characters. I give it five stars and I can't wait for the next one. Bear is going to be one of my all time, favorite, not Magnum, PIs. I feel like I've spent a week in South Texas!


5.0 out of 5 stars Memoirs Of Bear: Nueces Means Nuts, July 21, 2009
By Vandyman - See all my reviews
We average reading one new book a week and enjoy James Patterson, Stuart Woods, James Burke, John Sandford, Richard Thor, Robert Parker, Catherine Coulter etc.
We are continually looking for new authors with whom we can relate to their characters, empathize with them and almost feel like we can see the story line on a big screen.
We have found just such a new author and enjoyed the book so much that we read it twice to see if we missed anything the first time.
Mr Cooke has done an outstanding job of introducing his characters and developing them to the point that I'd like to sit down and have a drink with them...several, in fact, particularly Doc, Bear, Chrissy Goodrich and Brenda!!!
I anxiously await Mr. Cooke's next book " Memoirs of Bear: The Nueces Strip Trip."

From the very beginning, it wasn't your typical missing person's case. First of all, Chrissy Goodrich, the beautiful daughter of a rich Corpus Christi businessman, had been in and out of trouble most of her life. Second, considering her unusual set of friends and somewhat rocky lifestyle, Detective Bear Williams wasn't even sure that Chrissy was missing. Perhaps, she'd only gone on an extended vacation or run off with her latest boyfriend. Then, Chrissy's best friend, accountant Kathy Cuevas, turned up horribly beaten and dead in a local creek and all of the puzzle pieces began to fit together.

Thomas D. Cooke weaves an intricate story about Bear Williams, a part Apache and rough-around-the-edges detective, who takes on what on the surface seems to be a simple and wonderfully lucrative missing persons case. Joining him are his friends Brenda, the lovely and intelligent owner of the Spotlight, a local watering hole, and Doc Hamish, a Vietnam veteran and former journalist with a rather unique set of friends in special forces. Add to these Dave Escobar, a seasoned cop, Rags, a giant Pistolero, and Karen Cuevas, the attractive sister of the accountant, and you have the makings of one great detective story. This is a novel about money and power, love and lust, strategy, deceit, greed and murder, which will horrify and puzzle the reader as he or she is swept along in a mounting torrent of clues.

Mr. Cooke writes in a frank and often amusing style that captures the reader from the very beginning. His characterizations are marvelous and his descriptions so gloriously detailed and emotional that they border on being downright poetic. Bear's adventures could easily turn into additional novels and I hope to read much more of Thomas D. Cooke's work in the future. I shall enjoy every moment of it. Six stars to this outstanding new author and this real page turner!

Hey, Tom, congrats on the successful print launch. I read the book and loved it.

Just read your 1st book. Not a lot of cussing. Looking forward to the next.

At 1:22am on July 29, 2009, S.C. Hayden said…
Well sir, I've just finished reading Memoirs of Bear. That was a fantastic read. I don't read a lot of crime fiction, so I wasn't sure if I'd like it or not, but I loved it. It's paced well, the story is fun, and Bear and Doc are great characters.
Congrats on a strong novel.