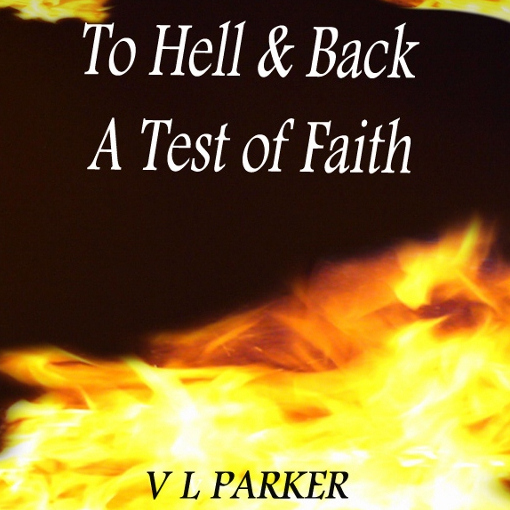 A way to market your books via social media. Do you think this would be effective?
3 Replies

V.L.Parker     If you would like to review my book, To Hell & Back: A Test of Faith or my daughter, Sarah C.E.…Continue

VL Parker has not received any gifts yet

Something About Me and My Book:
To Hell and Back: A Test of Faith examines the divide between rational skepticism and religious experience, faith and madness, and love and lust in a time of war. The story is about women named Catherine Miles. After encountering Satan and God in the battle for her soul the man who loves her challenges her faith and questions the authenticity of her experience while fearing her loss of sanity. Their faith in God and each other is tested as they battle to regain freedom and democracy.
**********************************************************************
VL studied history, religion and political science at Carleton University in Ottawa and the University of Calgary in Alberta. The author has recently married her passion for creative writing with her years of studies in these areas of academia.

VL Parker is continuing this epic tale and is currently writing the second novel of the trilogy. Her lifelong love and exploration of the human spiritual experience is a common theme in much of her writing. The author’s passion and openness to diverse perspectives is evident in the depth of her characters.

Parker has been writing since she was twelve years old and only recently has she shared that work with the world. Her perspective is profound and explores the depths of the human soul and spirituality in a creative and enthralling way through her characters dialogue.

V.L. has had many spiritual encounters throughout her life and although she writes fiction, she has an awareness and regard for the spiritual realm. The author's personal experiences although fictionalized are an integral component of her inspiration in her poetry as well.

The novel may be purchased as an e-book from amazon.com, or in print through www.createspace.com/3761403. You can also find further information on this novel and connect with the author on her Facebook page.
http://www.facebook.com/pages/VLParker/275296059195303

To Hell and Back

Before We Live, We Die

Something that’s Worth Dying For

“Between shadows and death we will reach out for the light.” Catherine once told me this in the dark of the night, but I didn’t believe her. In the darkness there is no shadow and in death there could be no life, and yet like a moth drawn to the flame I was compelled to follow her.

Our lives were separate as were our paths, still destiny determined they would become entwined. As a plant longs for the sun and the rain, as the desert thirsts, and as we require air to breathe, so too I came to need Catherine. I wanted her to save my soul; to restore my faith in humanity, for she was my last great hope, to resurrect all that had died in me.

I felt some deep force within me forcing me to follow her and yet she was a believer in a god I did not know and a leader of a group I did not understand. Their faith was blind, being led by prophecy and dreams, but I refused to be a pawn of the gods. I would choose my fate and control my own destiny. This is what I had always clung to, but now the world had changed.

I was lost and alone; I was perplexed and confused, as chaos made me victim to circumstance. Catherine would become my cause, she became my dream and I would follow her to the ends of the Earth. For her I could live; for her I could die.

...I vowed to defend democracy. I would live and die for this ideal. I was always sure of whom the enemy was. There was never any doubt about what was worth fighting for; it was only a matter of which side you’re on.

Our allies and our own spies supplied us with ample evidence against terrorist cells and the nations who supported them. We had the technology and the will to destroy them. Then the world began to change as truth was portrayed as lies and our great American nation soon became despised.

The world had long fallen into darkness and chaos as a result of the never-ending bloodshed. It was a world I could no longer understand. The atrocities of war were no longer worth dying for. I was a soldier without a cause, a man without a soul, desperate for some hope, but with a heart that had grown cold.

I had lived for freedom and I was willing to die for democracy, but what was I to do when democracy ceased to exist? I could not give up on this dream. It was in my blood. It was a part of my being. I had to find a way to defend it, to save it from the reign of dictators who swayed the nations of the world.

There was one woman who shared this dream, or at least she shared the same enemy. We were kindred spirits, compelled to fight and die for, if necessary, that which we believed.

I am VL Parker, author of To Hell & Back: A Test of Faith. Have any of you had spiritual experiences you would like to share? What is your favorite book on this subject, fiction or non-fiction?  Why is it your favorite book?

It is a story…

Thanks for the information. I guess I'm doing really good because I spend hours a day working on ways to promote. If you hear of any book fairs let me know. Thanks again.

Hello new to book marketing looking for tips that I could use to market my book.