During the three days I wrote about last week, Jefferson showed his draft of the declaration to three of his fellow committee members. They had requested to see it before it was submitted to Congress. I also provided information about a developing military situation in South Carolina that the members of Congress learned about on June 27.…

Anatomy of a Gift

“Don’t look a gift horse in the mouth.” ~ Proverb of origin unknown

Although this wise, old proverb hints at the fact that we shouldn’t judge a gift by its monetary value, a few days ago I couldn’t help but come up with a slightly different interpretation for it.

A week ago, I woke up to a terrible head cold – sore throat, stuffy nose, body aches, and all the necessary garnishes to make me feel utterly miserable. Not being a fan of medications unless absolutely necessary,… Continue

Everything We Do: For the Sake of Being Happy

Happiness is not a station you arrive at, but a manner of traveling.
- Margaret B. Runbeck…

The Special Magic of an Exceptional Book Cover 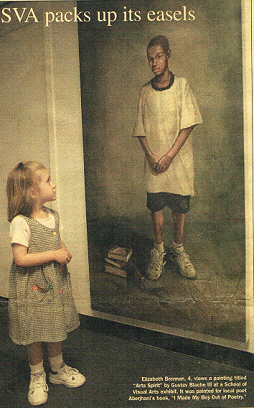 A young admirer views Gustave Blache III's painting, Portrait of a Young Man,
the artwork used for the first-edition cover of I Made My Boy Out of Poetry.

You don't have to be a scientist to know that God's creations are miraculously simple and complex at the same time.

Prophetess Lori McKenney's book Transformation walks the reader through the process of living and growing in God's destiny by aligning God's plan for man's spiritual maturation with that of a caterpillar's transformation into a butterfly.…

JoeyPinkney.com's 5 Minutes, 5 Questions With... Roxanne Fredd, author of If The Drugs Don't Get U The Lifestyle Will

Roxanne Fredd is back! Following up the local success of her literary debut Gas Card, this Ohio author comes with a gritty tale of drugs, double-crossed associates and jail time. If The Drugs Don't Get U The Lifestyle Will will prove to be a intriguing story where the line between good and bad is blurred.…

Hello - I'm new on this website and have found it to be extremely helpful in terms of ideas for marketing my new book, which is currently in print. It's entitled, SCIENTOLOGY - ABUSE AT THE TOP.My website is www.scobeepublishing.com… Continue

This is a video I did in about 10 minutes using a system called "Proclaim". It is very easy to use and offers the video along with information such as power point for a presentation.
There is much more one could do with this. I did this as a test of their system so did it quickly to see how it is received.
It is a short clip.

Please know I will review your work in the most honest, fair and constructive way.

Your review will be posted on Goodreads, Facebook and…

When I Remember Love by Trish Silver-A Review

Imagine meeting, falling in love with, and marrying the biggest pop star in the world only days before he wins an American Idol-type singing contest. This is the story of Jenna Holden and Aidan… 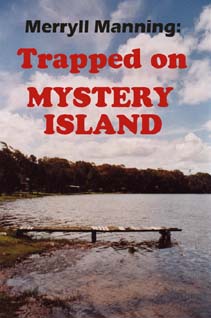 Police sergeant Merryll Manning is on vacation on an island in the Florida Keys for a Murder Mystery weekend. The plan is to solve the mystery and win a cash prize of $5,000.00. Easier
said than done. Merry has his teenage-looking girlfriend Susan Ford along…

If you have not stopped by my new Blog, "Rise Above Reason," please do! I think you'll like it!

I also have a great new post at A Book Inside at http://abookinside.blogspot.com

Your Preference To An Ending? Happy or Sad?

…. So you have read the bulk of ‘a’ book and arrived at the end.

If I pray this prayer with any sense of integrity, then I am asking God to teach me to understand the brevity of life. I’ve devoted twenty five years inquiring into…

ON TOUR WITH MOTHERLESS SOUL


Motherless Soul, by Steve Lindahl is the story of Emily Vinson, a woman whose entire life was
impacted by the loss of her mother when she was 2 years old. At 82
Emily contacts a hypnotist hoping to draw out hidden memories and to
discover as much as possible about the short time she spent with the
woman who gave her life. Glen Wiley, the hypnotist, teaches her more
about herself than she had expected. He helps her bring out… Continue

A Great Review for 'Pestilence'

I'm delighted that my recent release, 'Pestilence' has just picked up a great 5 star reader review at Amazon.

From award winning author Brian L Porter comes the thriller sensation of the year. 'Pestilence' leads where others will follow in creating a
scare-fest that will terrify, entertain and astound the reader.

The year is 1958, the place, an idyllic village in the heart of the English countryside. Olney St. Mary has stood in…

I recently read about a dog-owner in London who was fined and
barred from driving for six months after taking his pet for a stroll while
sitting behind the wheel of his car. Prosecutors said the man was spotted
driving slowly along a country lane while holding his dog's leash through the
car window as the animal trotted alongside. The dog owner pleaded guilty to…

The Quiet Storm of Consciousness is King!

Our attitudes control our lives. Attitudes are a secret power working twenty-four hours a day, for good or bad. It is of paramount
importance that we know how to harness and control this great force. …

Check out my book online

Hey everyone, I'm Vanessa Daze and I would like to invite you to check out my published book online. To learn about it, go on authorhouse, then type Vanessa Daze. I strongly encourage you to consider about buying it for it is very universal and anyone can relate regardless of age or sex can relate to it. The e-book version which a lot of people prefer nowadays is only six dollars.