I'm reaching out to all you aspiring authors in the world to find out what you think the reason is you're not published. Is it lack of time, lack of support, still searching for the right market?

Wander on over to the Aspiring Author blog and share your thoughts with me. Then later on we'll talk about some of these reasons and possible solutions.

3. Stop, look, and listen. And smell and taste while you’re at it. Books are a wonderful way to convey your ideas, but if you want to add texture and substance, you have to use all your senses. It’s not enough to say you ate delicious Buffalo chicken wings, though to be honest that should be enough. From what I understand, there are a few people that have never eaten Buffalo wings before. For those people, you can tell them about the steam rising off the plate of red-sauced chicken parts, awash… Continue

If you read my previous post, you learned the details of an experience about a snake.

A reader brought up the point that this scenario could not have taken place because of strict Air Traffic violations/security/ strict laws about carry-on’s. And when clarifying this, my friend writes: “P. S. This story happened in the ‘70s and quarantine had been enforced after my friend was able to bring his "pets" home.”

There's something in that laundry basket.

This next story will make you cringe, turn your stomach or just amuse you. My friend, Bob Chaffart, relates the following experience:

"Although all of my friends are distinctive, I have a friend who is even more unique than most. He has a passion that most over-the-hill parents hate! He has an obsession for snakes! The bigger the better; the fatter, the more appealing; the longer, the more delightful!"

THE BANDANA REPUBLIC In Bookstores June 2008

My poem "English Only Spoken Here" is included in
THE BANDANA REPUBLIC: A LITERARY ANTHOLOGY BY GANG MEMBERS & THEIR AFFILIATES
Edited by Louis Reyes Rivera & Bruce George
(SOFT SKULL)
In Bookstores June 2008…

Ah, Spring that wonderful season of renewal and rebirth. Much like writing; Spring brings to mind newly budding ideas, forming and taking shape under caring compassionate hands. Like a gardener tendi…

Ah, Spring that wonderful season of renewal and rebirth. Much like writing; Spring brings to mind newly budding ideas, forming and taking shape under caring compassionate hands. Like a gardener tending his plants with gentle concern while making certain that weeds don’t overtake the beauty, a writer must do the same thing.
It is often difficult to see the weeds for a weed and not beautiful flowers when a new work is first flowing from the tips of fingers tapping in rapid fire… Continue

The conference features 25 authors, editors, and agents offering 40 informative programs to help people learn to write better and get published. It also helps writers meet, network, and make lasting friendships, as well as giving an advantage to learn from writing and publishing professionals. This is one… Continue

It's about building a brand and an
awareness of your brand with a
marketable website address . . .

Continue to make this moment eXcellent!

Wow, 'A Study in Red' just rose to number 21 in the Amazon UK best selling Jack the Ripper book listings. This morning it was at 33, having reached number 27 earlier in the week. This is great although it can just as easily slip down the chart again by tomorrow or even tonight as I believe the listings are updated almost hourly according to sales records.

For now, though, I consider that a great position to have reached against so many very fine books by very illustrious authors. I'm… Continue

In honor of my mother's 88th birthday, I am offering my ebook entitled Tired of Making Your Utility Company Rich?. How to Prepare for the Coming Energy Crisis free at the following site:

This promotion ends on April 30, 2008 and the price for this informative 30 page ebook returns to a mere $7.00 for the downloadable copy.

Hurry or you will miss this very special… Continue

The work draws on my own experience and observations during my visits to Kathmandu. Since Nepal is one of those rare places which Nature and culture-enthusiasts would like to visit, I thought the plight of the Nepalese women ought to be told in your website, because till now Nepal is only known for its tough male Gurkha soldiers who fought on the side of the British in the First and… Continue

Dalit issue: The Rights of the Poor and Underdogs in Nepal (Satis Shroff)

Dalit issue: The Rights of the Untouchables in Nepal (Satis Shroff)


Nepal's new constitution must recognize and protect the fundamental human rights of Dalits, says a new
report released today by the Center for Human Rights and Global Justice (CHRGJ) at New York University School of Law. The report was released on the heels of Nepal?s historic Constituent Assembly elections held on April 10, 2008.

How to Feng Shui Your Fear with Gabriella Goddard I'm not sure if my readers know this, but I run Pump Up Your Book Promotion which is an "innovative public relations agency specializing in online book promotion." What I do is send authors on virtual book tours. It provides me with purpose, self-satisfaction and helps pay… Continue

With five paperbacks due for release by Still Waves Publishing, I've now been given the proposed timetable of release for the coming months.

These dates are of course subject to change but as long as all goes well these are the dates when each of the books should appear in print.

Avenue of the Dead: October… Continue

[READ POLL RESPONSES] How do you normally acquire your reading materials?

I came across this poll which I found to
be an interesting question posed.

www.amazon.com has everything I need (and don't need).
36%
My local public library, where dreams come true.
45%
Independent and/or second-hand bookstores.
0%
Borders, Barnes & Noble or, amazingly, the fictional Fox Books.
18%
I ain't got no intrest in reedin'.
0%

Just a reminder that on Wednesday night, April 23rd, from 9pm to 11pm EST, Enspiren Press mystery writers Kim Smith, Chris Redding and Ron Adams will be hosting a chat in the inspiredauthor.com chat room. It promises to be a fun and informative look at three rising literary talents.

Chris Redding wanted to be a writer since she was ten years old. She belongs to Romance Writers of America and New Jersey Romance Writers. She lives in New
Jersey with her husband, two kids, a hound… Continue

Come join me on Savvy Sista 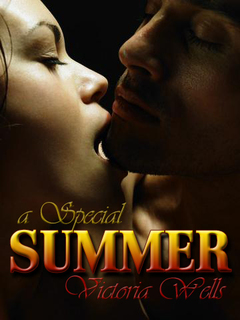 Hello Friends,
I will be a guest blogger for the week of April 20th. I'll be blogging about my book,
A Special Summer and other topics of love and romance!

I invite you all to come blog with me at: http://thesavvysister.blogspot.com! I look forward to seeing you there!

Now I'm writing articles for Hi-Brow Journals - And a great sales ranking too!

I'm pleased to say that I've been asked to contribute an article to 'The Journal of The Whitechapel Society 1888'. This is the journal of the prestigious 'Whitechapel Society 1888' that I found myself a member of soon after the release of the novel. I was approached by the editor when I contacted the journal about placing a book ad in their next issue. The article is called "Whodunnit?"..."I Dunno.", and I only wish that some of those here could get the chance to read it. Perhaps once… Continue

Broken Borders is an outstanding book! Author Ayisha Blevins has done a wonderful job telling the story of a young teenage immingrant boy who struggles to provide for his family. His only goal in life is to protect his family and to assure their safety. He will not stop until he has accomplished his goal, knowing that the way to do so is to find a way to bring his family to America.… Continue