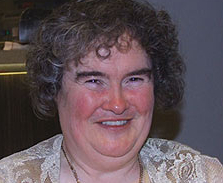 In this video interview with New York Round Table Writers' Conference panelist Stephanie Dickinson, the author explained her local approach to promoting "Half Girl"--taking her book to schools in Iowa.

She's not the only writer with a local focus. Authors Bob Burg and John… Continue

The stories of creation, of great love, and honored chiefs are handed down in kahiko, the art of hula done in time-honored ways. Deborah Doody, a hulu kumu, embodies the spirit of old Hawaii. She sings the chants with a powerful voice and keeps the drumbeat solid for young dancers who will carry on the sacred dance of the Hawaiians designed to pull mana, or spiritual power, from the heavens.

In her second formal Ho’iki held in Torrance, California in April 2009, she asks us to listen… Continue

This week’s Business Question of The Week was sent in from the boot. Jacqueline Turner from Louisiana asks:

What is a realistic goal for me in trying to get media exposure? Is it likely that I could ever get my book on Oprah’s list? What could I do to get there?

Jacqueline, you have just jumped out of my range with the Oprah question. I hear people actually e-mail her repetitively to attempt to get their books considered for her club, but… Continue

I have been busier lately than I ever have. I am being completely serious. The "Meeting the God of America" project has literally exploded far beyond what I had thought it would. And keeping up with it all has been a tremendous amount of work, but one I have thoroughly enjoyed.

The response and inquiries from those wishing to take part in adding to the book keeps me hopping everyday. If you are a part of this project already, thank you so much. If you are… Continue

My home computer was repaired (needed a new hard drive) and fortunately for me, all of the data - including my novel draft - was recovered, which was quite a relief.

My Gotham class has been going along splendidly, and it has encouraged me to go out and buy copies of the "Best American Short Stories" anthologies for 2007 and 2008. I'd be thrilled to know if anyone in Book Marketing has ever had their stories printed in Tin House, Zoetrope or other well known short story mag.… Continue

The trailer for 'A Study in Red - The Secret Journal of Jack the Ripper' is one of this month's nominations for The New Covey Trailer Awards. I'd be really grateful if anyone would be kind enough to place a vote for the trailer by going to http://thenewcoveytrailerawards.blogspot.com where my trailer is entry number 18

Tips to Query a Publisher

Your first step in querying a publisher should be to order the book Writer’s Market. The book is available through Amazon.com for about $20. Writer’s Market includes 4,000 listings for book publishers, consumer magazines, trade journals, and literary agents. Most publishers’ listings in the book will tell you if they accept new authors,… Continue

Pinch me please. Such is the high opinion of Thunderball Films about my work in general that, having recently signed the movie deal to produce 'A Study in Red - The Secret Journal of Jack the Ripper' in motion picture, they recently approached me with a view to the possibility of producing a number of my other works, either for TV or as Motion Pictures. After much talking and negotiation, a deal has been signed which will see a number of my current and forthcoming releases being produced by… Continue

I'm currently writing the third novel of my Ghost Ship Chronicles series. A new character in the work is Nikita. You can see update on the progress of the novel at www.ldalford.com writing progress. Check it out. The Ghost Ship Cronicles is a series of SiFi set in the same universe as The Chronicles of the Dragon and the Fox--a set of three SiFi novels published by OakTara.

Sending out a sincere thank you to everyone!

I would like to take this time to thank everyone who has voted for my book cover 'Thorns of an Innocent Soul.' If you have not voted as yet, there is still time. I sincerely appreciate your support.

Poetry Grows in Ft. Greene and Brooklyn Heights The Brownstone Poets Presents: Samantha Barrow, Jean Lehrman, and Mireya Perez on Tuesday, May 19 at 7PM Please support this cafe in order for thi…

Samantha Barrow, Jean Lehrman, and Mireya Perez on Tuesday, May 19 at 7PM

Please support this cafe in order for this series to stay at Tillies. They have
wonderful salads and sandwiches, pastries, smoothies, coffees and teas.

Meet the God of America web page up!

Take a look. Let me know what you think

link is at top of the home page.

Thank you for looking. I will attempt to answer some of the questions you may here.

My life has been directed toward helping others in a very real and tangible way, not with simply words. This is a driving force in my life, and with the Meeting the God of America project, I hope to continue this path. If you look through my website, you will discover this.

1 – Editing - I will be editing, however, not for content, only for technical items. Part of this project is for the… Continue

During the week I have been blogging about St George's day (April 23rd) back home across the pond. But who was St George?

The image of Saint George, renowned for his defense of all in need, is among the most well-recognized of Christian martyrdom figures. Primarily famous for being the Patron Saint of England (replacing the former patron, Edward the Confessor), George is also known as "Victory Bringer" and "The Quick to Hear." Of the man himself, very little can be… Continue

Observations of the LA Times Festival of Books 2009

I've returned from Day One of the Los Angeles Times Festival of Books. I am representing an Hawaiian publisher of SAT Preparation books at this year's show. I'm sharing space in Booth 143, the Book Publicists of Southern California booth. It was an interesting first day. Here are some of my observations.

First, the Day One crowd in 2009 appears to be at least as big as the 2008 crowd. That's remarkable considering people's perception of the economy. It really shouldn't… Continue

Lebanese singer Haifa Wehbe, the biggest sex symbol in the Arabic pop scene, was set to celebrate her wedding at a star-studded bash on Friday, a day after a hush-hush private ceremony.