"It's Only Fiction 'Til It Happens" , Guest Post by Tom Avitabile 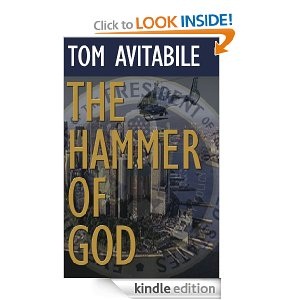 It’s Only Fiction ‘Til It Happens

I remember when 9-11 happened, a lot of well known faces were surprised, and said, “Who would think to fly a plane into a building?”  I immediately knew – Tom Clancy.  At the end of one of his books, a Japanese 747 pilot crashes a plane into… 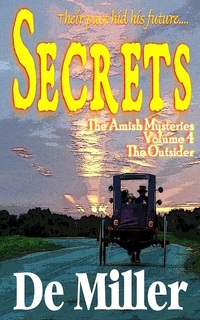 As different as the Amish are from the outside world, so is the Palatin Commune from the rest of their Amish brethren. Enigmatic and strict, the leaders of the sect have guarded their privacy for generations. In Part 4 of Secrets, Volume I of The Amish Mysteries series, Jake Crew gets his latest target, an attorney…

I'm Breaking My Own Rule...

ep, I agreed to be interviewed by Linda Della Donna, blogger of Book or Bust.  I've long been an admirer of Ms. Della Donna and since she has graciously agreed to interview me and was so kind to offer to do so, I decided to break my own rule and talk at length about the writing of "The Long Road from Perdition".… 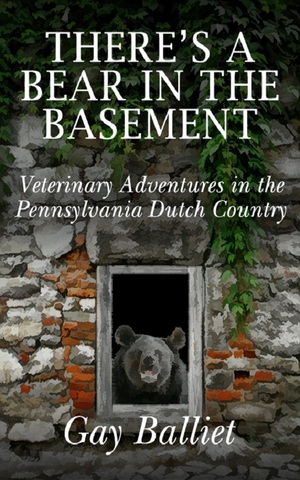 In a little while, 4PM EST, Gay Balliet will be a guest on my blogtalk radio show The G-ZONE along with Gary Vanucci. I am guessing that we will be discussing animals besides writing process.

Here is the link for the show and a little something on Gay Balliet and her newest book:

Just wanted to announce that PULP is officially an ebook and available globally as of right now! I started the first draft of PULP back in 2002 after receiving a rejection notice for my other new ebook release FROSTPROOF. The agent liked FROSTPROOF but said he was looking for something a little weirder and more pulpy in style. Fueled by the adrenaline of rejection I started writing. I wanted to create a story that would keep people turning the page, not so much because of non-stop action,…

Renew your mindset with The Word;
remove your Bible from the dusty shelf.
Love your God whole-heartily!
Love your neighbor as yourself!

Go and make true disciples;
teach them righteous things.
Learn to live Life with balance;
fill your heart with hymns to sing.

Embody the vital signs of Christianity.
Be involved in spiritual fellowship;
develop Godly character and world missions;
be intimate in…
Continue

George Michael Loughmuller- Can He Catch His Breath? 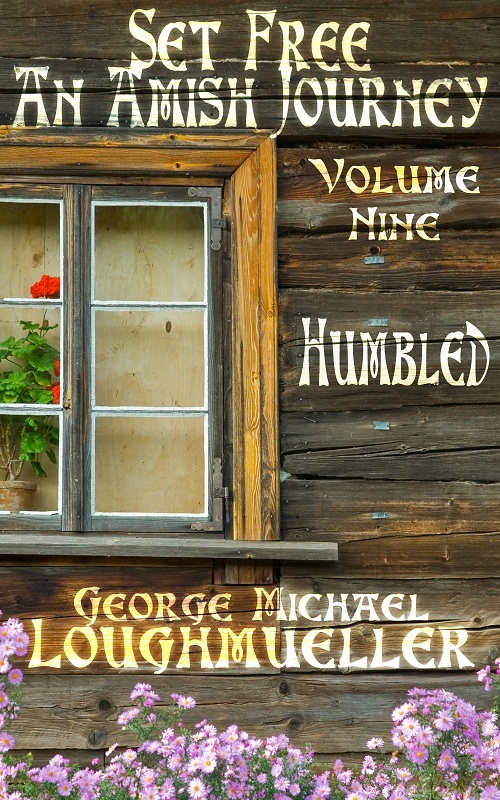 Time to catch my breath By George Michael Loughmueller

This past weekend, I turned in the final two sections of “An Amish Journey”. The seven months since I started with Trestle Press have flown by in a whirlwind. This writing thing is a lot harder than the usual way I tell my stories. I think I’m good at talking. I guess some of you folks think… 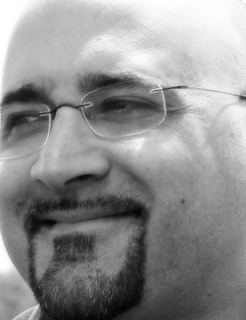 Today @ 4PM EST Gary Vanucci & Gay Balliet are my guests on The G-ZONE. Here is the link to today’s show and some info on Gary Vanucci:

My books can be found on…

Burst into Bloom With This Solstice

I want to thank Tom King, author of “A Once Crowded Sky”, for letting me debut this new artwork. 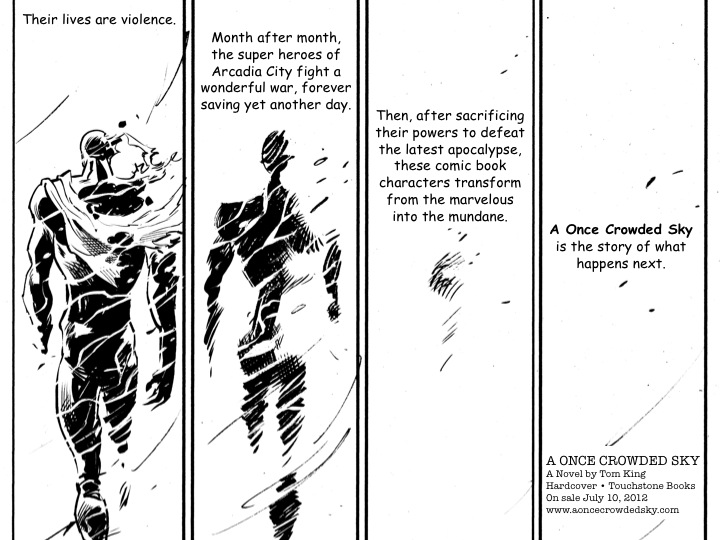 Lieutenant Karen Harris CGC, who has established herself in the trafficker series of books, is to return in July 2012 with a new adventure called ‘The Royal Grandchild’.

Karen Harris has steadily risen to popularity after her first appearance in ‘The People Traders’ and has since appeared in ‘The People Trafficker’, ‘Unit T Special Forces’ and her latest ‘Goin Goin Sold’. So much so that she now has a face book page and a twitter page to keep her fans up to date with the books she is… 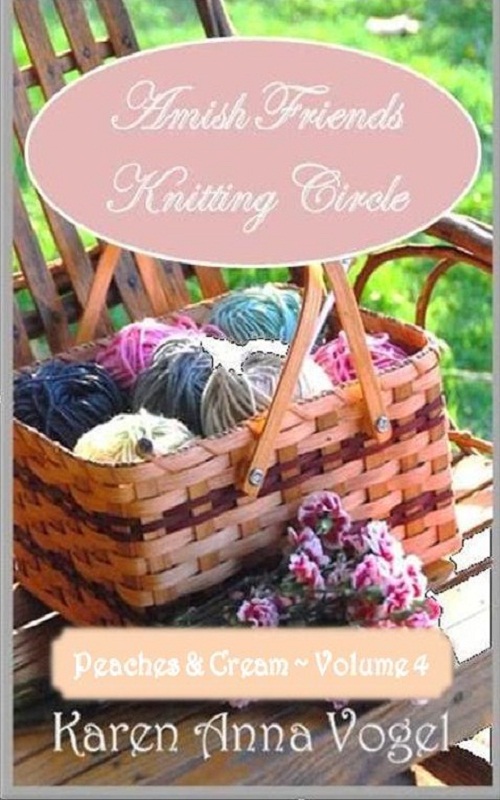 Following the tradition of Pickwick Papers (Charles Dickens) and At Home in Mitford (Jan Karon), Amish Friends Knitting Circle is a continuing story, broken down into 8 parts. If you liked receiving the installments of the best-selling, Amish Knitting Circle Series, (the prequel to this series), then join Granny Weaver as she invites her friends from the…

The end with a BONUS

As a bonus, Trestle has decided to include the short epilogue of Volume 10 with Volume 9 for free. What do you think about that? I think it's great!… 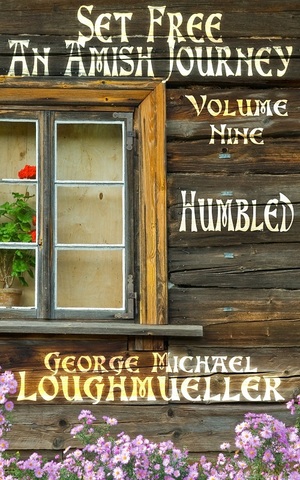 His last chance was their only hope.

In this new, best-selling, periodical short story series from Trestle Press, a man on the brink of self-destruction is given the opportunity to start over.

Allan must face the consequences of his actions. What will come of his late evening conversation with the schoolteacher? The story culminates a year…

Book Give-Away June 19 – 26: Anyone who leaves a comment at http://lindaweaverclarke.blogspot.com with an e-mail address will receive a free e-book copy of Kicking Eternity. International.

“Ann Lee Miller writes stories straight from the heart with characters who'll become friends, remaining with you long after you turn that final page. You won't want to miss Kicking Eternity!”- Jenny B. Jones,…

The Last Olympian : A Action Packed Near Perfect Finale To a Great Series

So here it is. The review on the last book in the “Percy Jackson and The Olympians,” series, and it took me forever to get this book. Believe it or not, there’s nothing to do in my small pacific northwest town and a lot of people read. And apparently I was not the only Percy Jackson fan, because where ever I turned this book, the store was sold out. So I had to order it online. And the book had to get lost in the shipping for crying…

How Young is Too Young?

There are several topics in my novel, "The Long Road from Perdition" that are considered controversial.  One of those topics is the debate of how old should you be when you have your first sexual experience? Does it matter? And, why is achieving that first experience the proof that a boy has become a man?

In the novel, the main character, Nicholas has a sexual encounter at…

Five Steps to Fighting off a Funk: Coming up Roses

It can happen to depressive persons in this climate in June, when the days get hot and muggy. A police lieutenant told me that's when the suicide rate rises.

The first sign I was sinking into gloom came two weeks after I'd soared through a free promotion for my Kindle book, giving away 4500 copies in three days and reaching the top 100 ranking. Then a new review on my amazon site hit me, claiming the book format was unreadable and deserved only two stars.

Tom Rasch On The Origin of "Black Alpha" 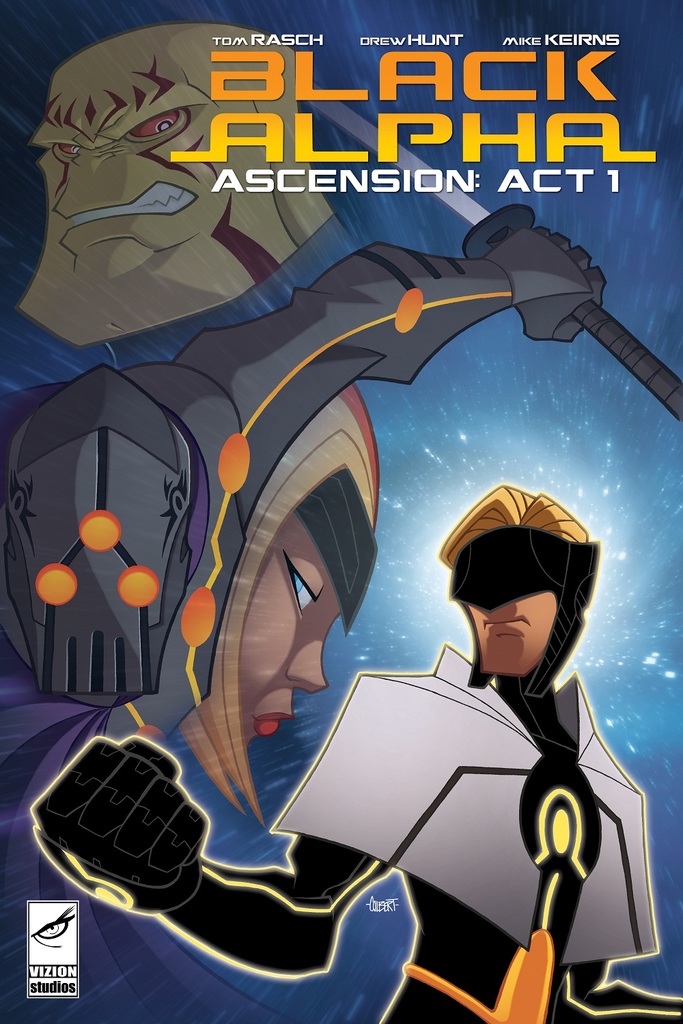 First off I want to include the link for the interview I had the pleasure of being a part of with Thomas Rasch last night, you can get him at about the 30 minute mark in the show: