Love On The Rocks, Abuse And Power Pointers

Written to give sister to sister love of hope and help to those that may be walking that mile or two in my or other women shoes. Most of all it is here to all those that have not reached this point to allow them to be for-warned. Messages are sent through a puff of smoke, on the wings of a dove…

An early Christmas shout out coming your way

Christmas is a few days away and, I wanted to take the time out to wish you an early " Merry Christmas" and a Happy, Prosperous, Blessed and Safe New Year, and many, many more to come. Christmas is not just about the giving of gifts only, it's is about the sharing of love and compassion. The material things will last only for a short time but, the gift of the heart will last for a life time. Will you be naughty, or will you be nice.
Barbara

The Lives of Abused and Battered Women at bookbuzzr.com 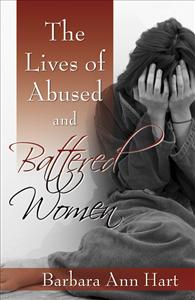 Get your sneak preview at: http://www.bookbuzzr.com. Your comments would be greatly appreciated. 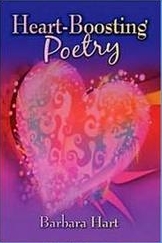 Get you sneak preview at: http://www.bookbuzzr.com. Your comments will be greatly appreciated.
Barbara

The Lives of Abused and Battered Women, reviewed by Irene Brautigam

The Lives of Abused and Battered Women
reviewed by Irene Brautigam

I have just finished reading your book with a box of tissues beside me. I must say that although I have had some bad relationships in my life, I really felt your pain to be greater and women everywhere should be thankful that you have shared your personal experiences with them. This took a tremendous amount of courage on your part to tell your… Continue

"It Aint Over Til God Says It's Over"

You may look down on me.
You may even critize me.
You may scandalize my name.
I will still expect my claim to success and fame.
You may act as if hurting my feelings is a game.
You may do all that you can to make me shame.
You may commit acts and try to make me the blame.
I will hold on to my dignity just the same.
Reaching the high calling of God, is what I aim.
I don't have to act like a wild animal, I'm tame.
I will try to stay focused, my… Continue

From the author of The Lives of Battered and Abused Women we get a book of inspirational and thought provoking poetry that will not only make the reader smile but take a long hard look at life and its ups and downs. In this compilation of poetry the author relates in her own unique way her feelings about friendship, love, God and loss and understanding. Throughout the book… Continue

By Fran Lewis "Fran and Bertha" - See all my reviews

The Lives of Abused and Battered Women
By Author: Barbara Ann Hart

When a woman believes that it is okay to become someone's punching bag she is sending herself a poor message. When a woman feels that she has the inability to place the fault on the person… Continue

Believe in yourself, step out in faith

"Believe in yourself"
Sometimes we have to believe in ourselves.
Many will settle for us to stay hidden on a shelf.
We have to step out in faith, in order for the race to be run.
It may not be a game, nor a whole lot of fun.
Atleast! The battle will have begun.
We will be proud of ourselves, knowing that we've done all that we can do.
What a glorious day when our lives seem more sunny and blue.
Man will let us down, but God will be there for… Continue

The Biggest Case Scenario of Abuse

Men have gotten by with abusing women for centuries. When the first man got by with it I feel that it gave the other men the nerve to abuse their women also. If the men had been judged, or condemned for their actions this would never have lasted this long. At the first sign of abuse, if we women would have stood up for our rights, or did… Continue

A hand to my abused sisters

"A Hand to my sisters"
It's my intention to be there for you with a kind word and a helping hand.
To be able to reach you no matter where you are, so know that I care, I hope you understand.
Giving you hope in the midst of your trials or storm is what I've planned.
I will constantly send you prayers all through the land.
You are a rare and unique work of God, you're not some ordinary brand.
Sending hope so that you… Continue

on the outside of an abusive relationship, looking in

"On the outside of abuse looking in"
Seeing a loved one being abused in a simple situation that we all can turn into a drastic one is sure torment. We can give all the suggestions as to what the abused should but they are the only one that can make that decision. Even though the threat has been a verbal one, I'm on pins and needles every second of the day and night. It is not only their life that may be at stake, mine and my familes life may be also. Our lives and privacy has been… Continue

I've come too far to turn around

"I’ve come to far to turn around"

I’ve come too far, and I can’t think of turning around.
My heart; mind, and soul is as low as the ground.
Listening for a word from above, but I hear no sound.
All I know is how loud, and hard my heart is beginning to pound.
I look around for one of my supposed to be friend’s, there are none to be found.
My troubles have risen higher than a mound.
May my works speak for me… Continue

Who is it that you are looking at?

"Who was is it that you were looking at
Could It have possible be an Angel?

"You are so special my dear"

You are so very special my dear.
I pray that you don’t allow my words to go past your ear.
There is a blessing in my words for you to hear.
If you should happen to break down and cry,
I pray that my words will dry up your every tear.
I pray that God will be with you so you’ll have nothing to fear.
I pray that this is your due season and that you’ll be blessed this year.
Walk in the front, there’s no need to linger… Continue

”
When all of the trials of this old world seem to come upon you like a mighty rushing wind, don’t give up, don’t lose hope, get up, brush the dust off of yourself and try again. Nothing ventured, nothing gained. What doesn’t kill you gives you the means to become stronger and better at the next test that you should be faced… Continue

The case scenario of abuse


Men have gotten by with abusing women for centuries. When the first man got by with it I feel that it gave the other men the nerve to abuse their women also. If the men had been judged, or condemned for their actions this would never have lasted this long. At the first sign of abuse, if we women would have stood up for our rights, or did what ever it took to show the men that they… Continue

This is Stephens' Link, check it out:
http://www.webspawner.com/users/thejourneyclub/index.html

Can you feel my heart beat as I send you a word or two?

“Do you feel my heart that’s praying for you“?

With every heart-beat, my prayers are with you. I’m near by praying for the better for you, no matter what you may be going through. I’m there praying for you when it seems that all of the pressures of life has not ceased, but only grew and grew. I’m praying that the rain stops, and that your day and life change to sunny and blue. When there’s no one there to give you a kind word, or gesture for that needed peace of mind, I’m… Continue