High School Musical - Across the Pond

On the day when Disney have purchased Marvel Entertainments, for $4 billion in cash and stocks. Bringing the prospects of many more films involving the more than 5,000 characters, I got to pondering over how you change a book into a film, or even get a book looked at to become a… Continue

I’m going to start today’s blog with a just a little piece blowing my own trumpet.

I am so pleased that that many people have taken time not only to read my book, but to review it as well.…

A Book and a Chat with "The Story Siren"

Sometimes a show is so special that you have make it stand out above other shows, change your night extend the length of your show, whatever it takes. Tonight was one of those special shows.

A Book and a Chat with "The Story Siren"

A Book and a Chat with “Heather Cariou”

Sometimes we have to face up to things, to do what has to be done. Listen to my Book and a Chat with Heather Cariou author of a wonderful book... "SIXTYFIVE ROSES: A Sister's Memoir"

During the show heather shares with us, some of her early life, and how her sister Pam was diagnosed with Cystic Fibrosis at the age of four and… Continue

A Book and a Chat with "Douglas Abrams"

Douglas Carlton Abrams is a former editor at the University of California Press and HarperSanFrancisco. Abrams writes fact-based fiction that tells an exciting story while at the same time… Continue

A Book and a Chat… the show that nearly never happened 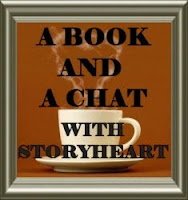 Saturday as many of you know is my Book and a Chat Radio Show. Normally it starts at 11:00 and I check about ten minutes before to make sure connections, microphone phone etc is working correctly. The you as the host dial into Blogtalk radio, set up your switchboard and wait for your guest or anybody else who wants to chat to arrive.

This morning however, when you… Continue

A Book and a Chat with "Alycia Ripley"

Alycia chats about herself and her book “Traveling with an Eggplant”. A Mystery Novel that is a combination of mysticism and paranormal experiences which has become a "colt following" must read. 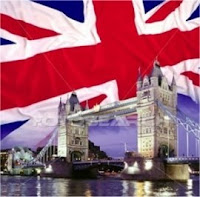 I have just driving back from normal Sunday shopping trip, when I noticed a McDonald's advert for their Latia, not that I drink the stuff being a typical Englishman, it is "the leaf not the bean". In other words give me a good cup of tea any day. Any way the sign read "Deliciously… Continue

While on a radio show yesterday somebody asked what I publicist does?

My first image was of a person who went from Pub to Pub listing the various beers they sold.

This got me thinking about other literary terms and meanings that perhaps people use all the time, but do not know 100% what they mean, so here are my examples.…

As anybody who has read me reviews interviews or heard my comments on either my own radio program or where I have been a guest, you will know I am a great believer in what I call the "Small Blogger". These are the people who read, write and live books are "The 'Sham Wow' of Teen/YA literature", soaking up everything they can read. Today's guest is fairly new to… Continue

Can't See the Woods for the Trees

When I used this expression the other day at work, I thought it must be one of those fairly modern idiom. I was quite surprised when I checked around for today's UK blog and found that the saying thought to be around 500 years old.

A Book and a Chat with "Tina Field Howe" 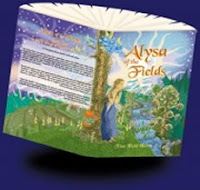 On today's "BOOK AND A CHAT" I had a really fun and enjoyable radio program chatting to Tina Field Howe writer, graphic designer, Stained Glass designer, poet, lyricist and illustrator and now as we found out during the show theatrical… Continue