SATURDAY APRIL 11th - "A BOOK AND A CHAT with KAREN WHITE

SATURDAY APRIL 11th - "A BOOK AND A CHAT with KAREN WHITE"

The chat went very well, Karen was a pleasure to interview, and we learnt lots of things about this marvelous author.

One thing, is that her much awaited follow up to "The House on Tradd Street"…

My first TV show... sit back for an hour of chat, or if you want to know what face goes with the accent. or just some fun. Check this link!!!!!

I have received a lot of follow up re my blog on Child abuse, the young blogger running her own Child Abuse month and plan to have her as a guest of my radio show in June. Several other writers and support groups have also contacted me all helping keep children safe. And I hope to have some interesting future radio guests regarding… Continue

ACROSS THE POND ARRIVES ON TV

This evening (Thursday) I went along to a studio about forty miles away and was a guest for an hour long interview on the local TV station.

I had met the lady who interviewed I had met three or four years ago and knew we would have fun. We chatted for the full hour, live with no retakes and just a three minute gap for adverts. It was so much fun.

We covered the book, the story, writing, publishing, the UK flag, even some… Continue

In the USA, an estimated 906,000 children are victims of abuse & neglect every year, making child abuse as common as it is shocking. Whether the abuse is physical, emotional, sexual, or neglect, the scars can be deep and long-lasting, often leading to future child abuse.

One young blogger is doing her own part by holding a “Child Abuse Month” on her blog. Her name is Ashley and you can follow all her comments at… Continue

IMPROVE YOUR BLOG AND BLOGGING

With the huge increase use of blogging many of my writer friends have started following this free course. In fact there are almost 10,000 people following this challenge.

Even on day two of the free challenge I have been working on... and I hope improving my blog.

The cut back on… Continue

MONDAY - AND STILL SWIMMING ACROSS THE POND

Another week and I’m still swimming along with the tide of success that my book has produced.

Today I was interviewed on “Writers In The Sky” about myself, my book, book promotion, and even why we drive on the left in England. It was a fun interview with Yvonne Perry, one you can share and enjoy at.

Along with that review number 63 came… Continue

Normally over the weekend I just post my UK blog, however after this morning’s radio blog, some news on interviews and a fresh review it looks like an extra blog this weekend
Sunday will be all about this great sporting weekend in England where almost the whole country and a little bet on a race that has been taking place for over 168… Continue

A BOOK AND A CHAT with "The Page Flipper"

"The Page Flipper"(what a great name for a book reader blog)otherwise known as Chelsea, is my guest this Saturday on “A BOOK AND A CHAT”.

Most Americans have heard of Johnny Appleseed, born John Chapman (September 26, 1774 – February 18, 1845), was an American pioneer nurseryman who introduced apple trees to large parts of Ohio, Indiana and Illinois. He became an American legend while still alive, largely because of his kind and generous ways, his great leadership in conservation and the symbolic… Continue

ACROSS THE POND REACHES NEW LEVELS AT AMAZON - Storyheart

Today I reached a new level at Amazon. That is receiving my

since the book came out in October 2008.

I know, I may have said this in a blogs in the past, but these comments coming from people who have read the book, mean more to me than if I was signed up by some major publisher.

Of course I’d love to have more people read the book, and more people enjoy the book. I’d really love a… Continue 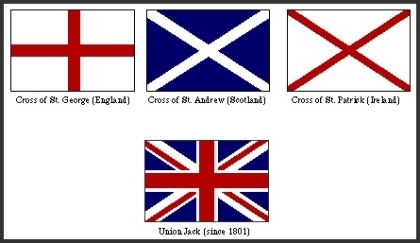 Today I gave my first presentation at a local school. It was something arranged a few months ago at a school about 25 miles away. I have sent out a total of 25 packages, containing, letters, flyers and information details, and in the case of my local schools a hard copy of the book for their library. I received a total of zero replies, not a letter, email nothing… Thank you schools!

SOME USEFUL LINKS and A FRESH REVIEW - Storyheart

Today I have from sources and people received some helpful links both for bloggers and for writers. There are a few so I thought I’d share them with you.

WHY THE UK DRIVES ON THE LEFT

WHY THE UK DRIVES ON THE LEFT by Storyheart

One of the first things anybody notices or remarks about when traveling in the UK is the fact that we drive on the left hand side of the road. However there is history and reasoning behind this.
In days of old logic dictated that when people passed each other on the road they should be in the best possible position to use their sword to protect them selves. As most people are right handed… Continue

COMING SOON TO A BLOG NEAR YOU!

A Book and a Chat with award winning author Joyce A. Stengel

As the advertising used to say about and up and coming film at the cinema, or is it movie theatre… and might even still do so for all I know… “Coming to a Cinema near you!”

POD RADIO INTERVIEWS – I LOVE THEM!

POD RADIO INTERVIEWS – I LOVE THEM!

Before I start, Across the Pond by Storyheart… For those following my last two blogs, slipped back to 398,516 in Books, on Amazon today. I wonder what will happen if I have a busy weekend and school visit next week and order another ten or so?

So today’s blog, is about pod radio and radio interviews. Today an interview I was a guest on was released by… Continue 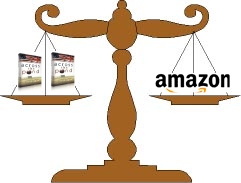 Yesterday I tried to find out how the purchase of two books could make a difference
In the Amazon rankings, given that no super store would come along and purchase a couple of dozen copies. At the time of purchase I was ranked 704,254 in Books.
By the time I had completed my blogs and done my normal evening stroll around friends blogs etc, I was up to 707,014.

I noticed the other day that my sales rank for my book “Across the Pond” went from 8000+ to just less than 3000 when I ordered four books. The sales rank number seemed at the time, to change by a large number within the rank numbers with only the purchase of a couple of books.

So needing a couple more books to keep my stock level before school visits etc, I have ordered two more copies as an experiment.

Today my ranking had slipped… Continue

There are many, many blogs out there dealing with writing/reading for all styles, tastes and ages. They range in size from having millions of hits a month to those that blog away to themselves, without any followers.

However we should not forget the great work that these small bloggers, and I mean small in numbers of followers, do.

I have been lucky to come into contact with many of these small blog sites.… Continue

Happy Mothers Day – Across the pond

Happy Mothers Day – Across the pond

I have decided that my weekend blogs will be about my home land, Across the Pond, this started with my last blog on how the Union Jack is made up of the three flags of St George, St Andrew and St Patrick.