"Just An Old Desk" posted on my Blog at http://www.barbarabriggsward.com

To be Released October, 2013-'The Snowman Maker'-www.barbarabriggsward.com

After long nights and endless revisions! 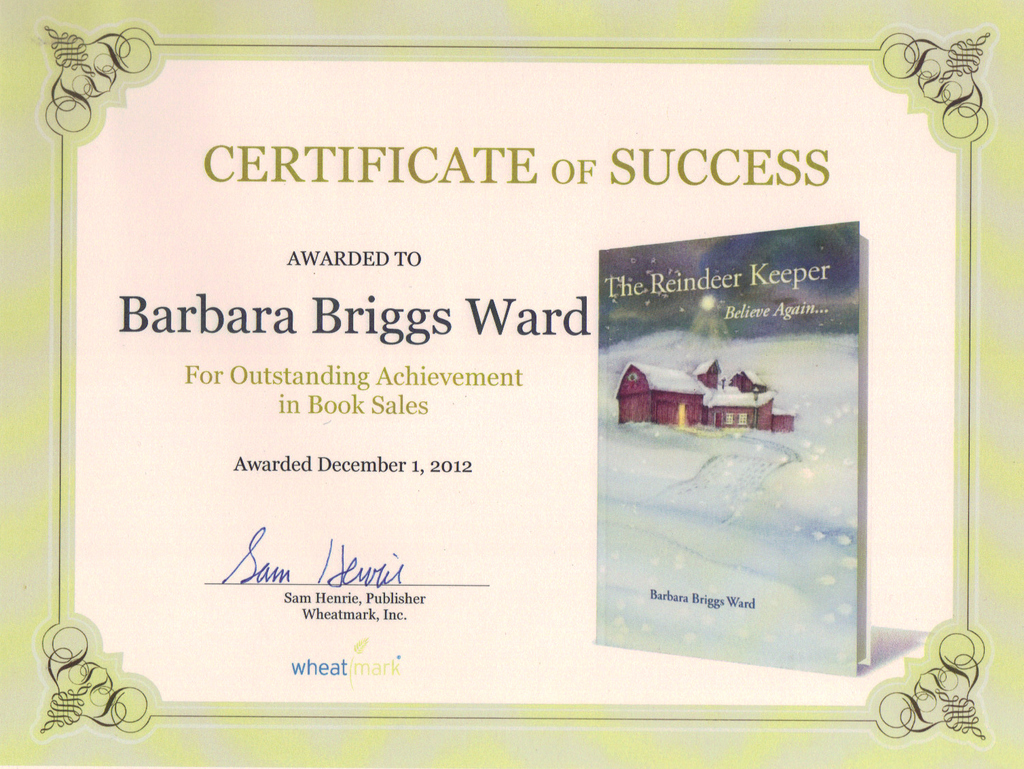 'A Robin's Snow' released on Kindle 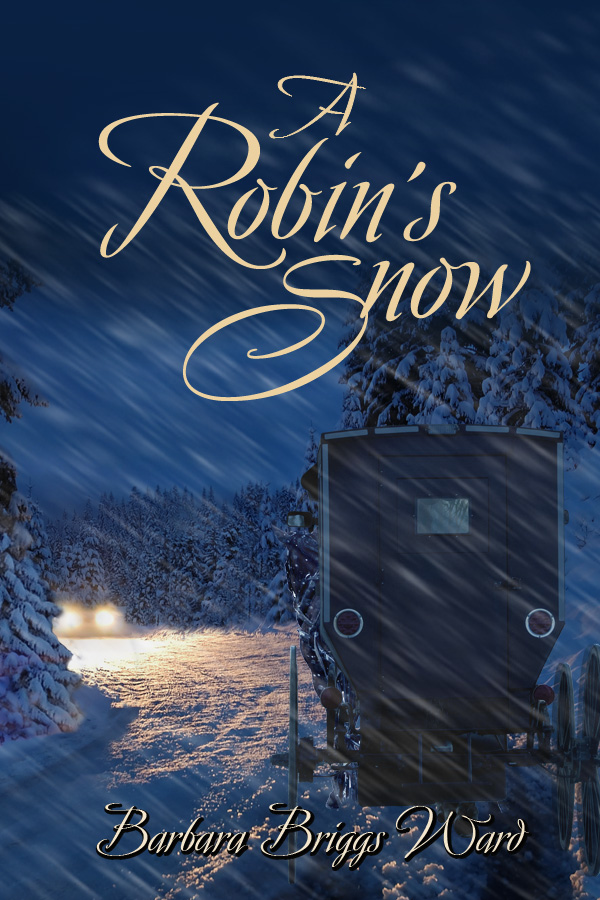 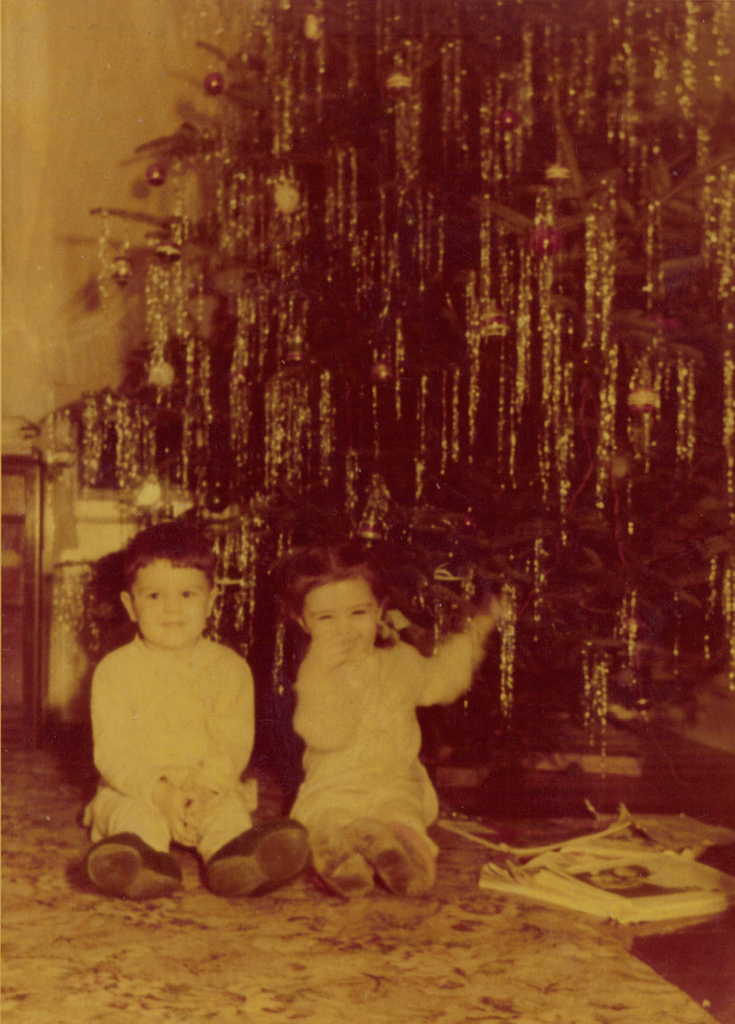 "Bedtime Ditty or Any Time At All" posted at thereindeerkeeper.blogspot.com

Growing up, every year the Thanksgiving turkey always had the same name-Butterball! 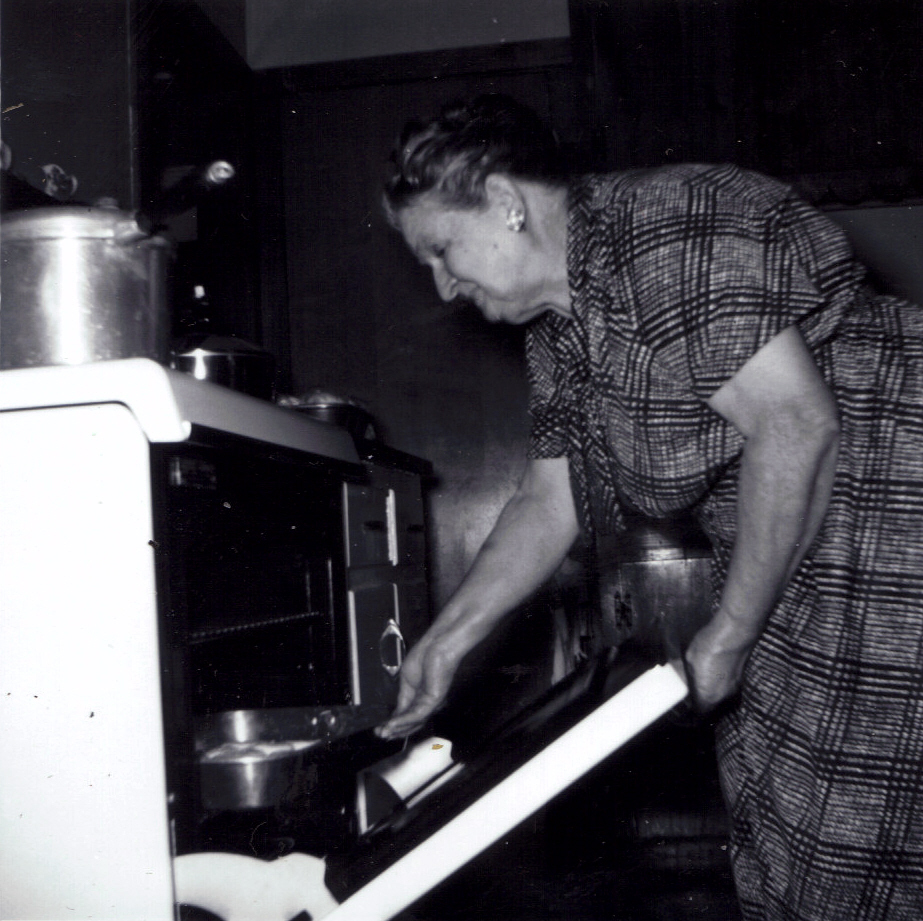 "Had to be a Butterball" is posted on my blog at http://www.thereindeerkeeper.com.

Invite You to Check out The Reindeer Keeper's Blog at http://www.thereindeerkeeper.blogspot.com 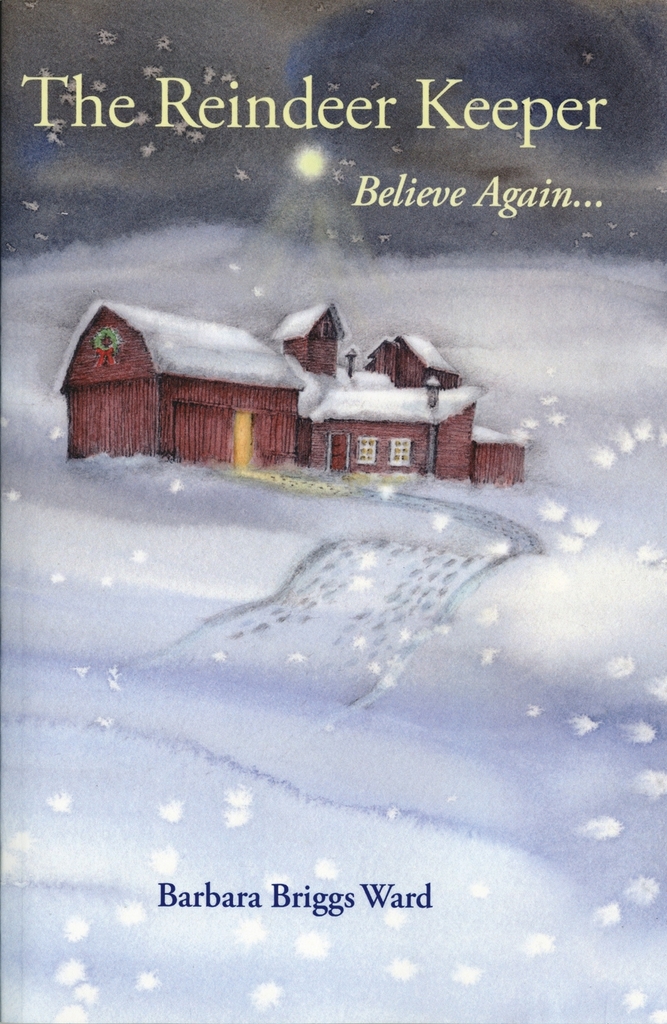 As author of the heartwarming story of Family & Christmas-'The Reindeer Keeper'- I am honored to announce that my book has been chosen by both Yahoo's Christmas Book Club Group and by the Riverfront Library Book Club in Yonkers as their Book of the Month for this coming December. I invite you to check out my website-www.thereindeerkeeper.com-where you can watch the book trailer, learn more about me and the book, and read/follow my blog.… Continue

My story is included in the Chicken Soup for the Soul book, "Family Caregivers"!

My short story, "A Brown Boy of Our Own", was one of 101 stories chosen to be included in the March, 2012 Chicken Soup for the Soul book, "Family Caregivers" overseen by Joan Lunden. The book includes stories by Ms. Lunden plus selections by Leeza Gibbons, Jill Eikenberry, and Gail Sheehy.  What an honor to be included in such a heartwarming, informational book such as…

Let The Music Sing and The Art Flow! 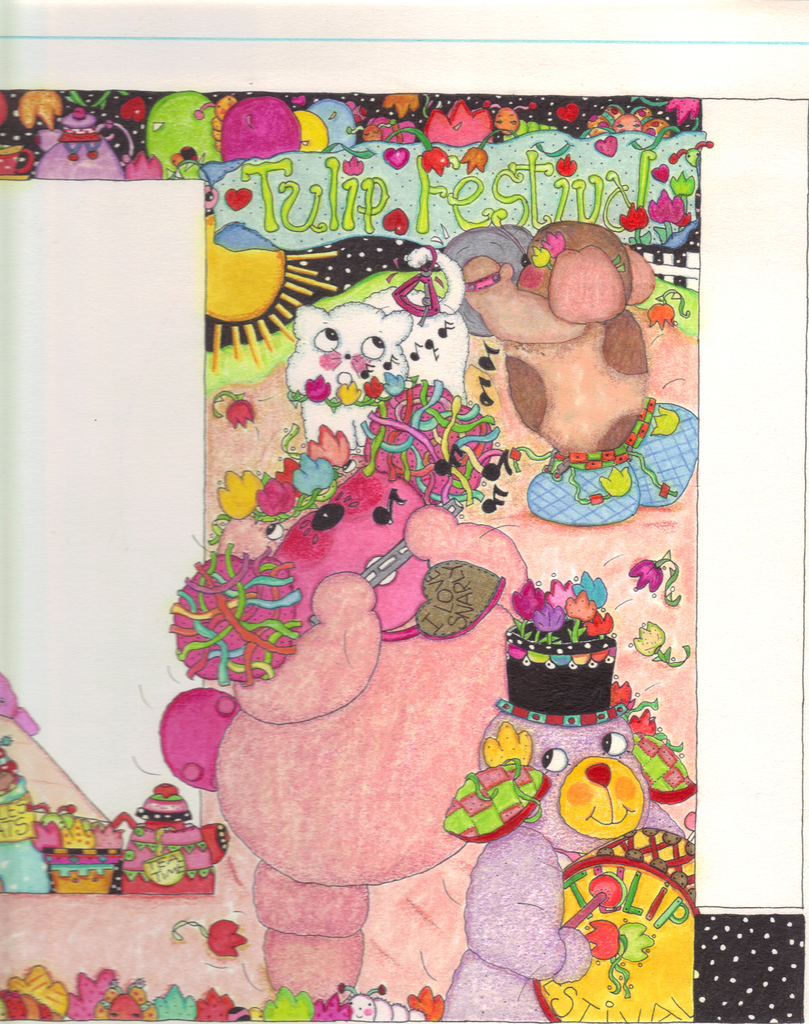 "Don't Go Down to the Creek" 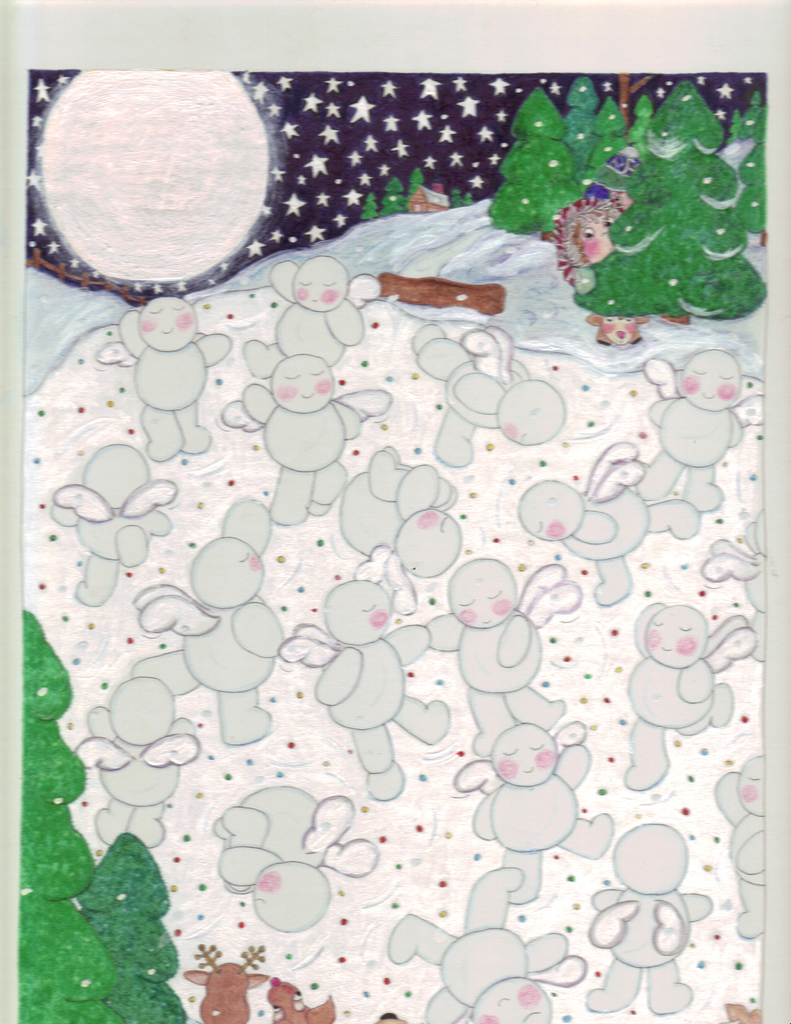 http://www.thereindeerkeeper.blogspot.com-(Another time when growing up that I should have listened to my mother!) 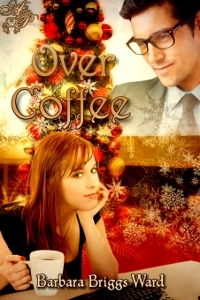 I'd like to introduce my Kindle ebook-"Over Coffee" published by Astraea Press and available on Amazon. If you enjoy heartwarming Christmas stories, "Over Coffee" is meant for you. Priced at $1.99 for your reading pleasure! Happy Holidays!

When I hear there is a possibility that some rural Post Offices might be forced to close I think back to my father walking to the Post Office every day. I've written about this sad possibility. I hope you'll take a minute to read it because closing Post Offices affects us in so many ways besides the obvious! 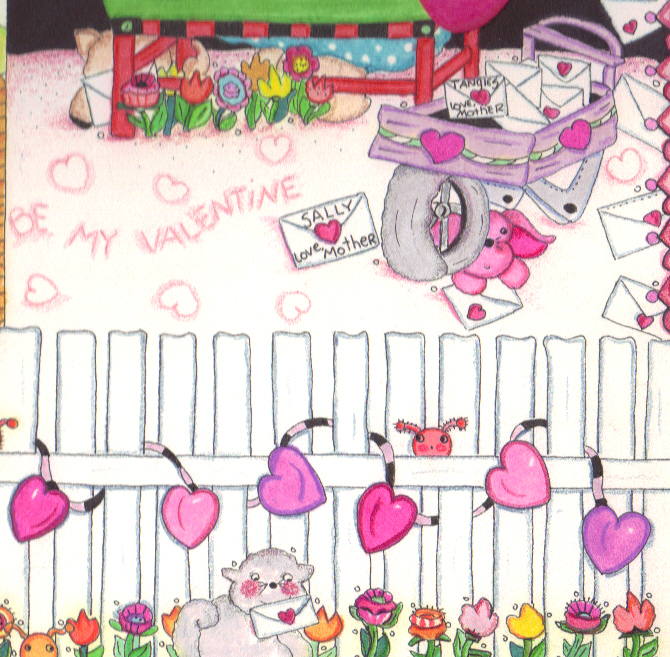 Here's where you can find the…

In Honor of Pizza!

I don't need a month designated as National Pizza Month to enjoy Pizza-especially when it's from my favorite little restaurant that sits by the lane like it has for years! Enjoy this post in honor of pizza. You can find it at:

Disaster on the Cinder Driveway!

I invite you to go to my Blog at www.thereindeerkeeper.blogspot.com. There you will find my posts centered around my growing up in the country which played a major roll in laying the seeds of imagination and my early interest in books-both reading them and "writing" them back then. Favorite authors were and still are Laura Ingalls Wilder and Louisa May Alcott.

My latest post-"Disaster on the Cinder Driveway" tells what happens…

I am happy to announce that my Christmas story entitled "The Reindeer Keeper" has received the honor of being named a "Mom's Choice Awards Gold Recipient" in the category of Adult Fiction! I thank Mom's Choice Awards for this recognition. When writing this book awards and honors were not my driving force. Rather it was telling the story through the voices of the characters, remaining true to their spirit and the storyline they directed. I was but the instrument. For more information on "The… Continue

"Pennies From Heaven-A Celebration of Graduation and Father's Day"

June is full of reasons for celebrating! Take a look back with me as I tell you about my Senior Year Class Night and the one person who had the best time-it was my father who also sang the crooning song he was know for-"Pennies from Heaven" for all the grads! And to think he later became a funeral director! Just go to:

I was sitting in a line at McDonalds one day waiting for a filet 'o fish. Once in awhile I have to have one-who knows why! Anyway the line was long so I sat there reading their menu board and as I did the thought hit me-since when did "super-size" wedge its way into the norm. It certainly wasn't when I grew up. This all led to me rushing in the door when I got home-turning on the computer and eating that fish sandwich while out poured my article-"When A Hamburger Was Just A Hamburger" now up on… Continue

For those who loved rushing home to watch American Bandstand; loved the music and the dancers I want to tell you about my article, "At The Hop"-http://boomer-living.com (Coffee House Blog)! Get dancin'! Enjoy!!