The military spouse entries at www.yourmilitary.com to "Tell-Your-Own-Story" were so heart-felt that it was decided to give military spouses more time to enter. The original contest deadline was only three weeks after the contest was announced. And when writing about such significant or traumatic moments, people often require time for reflection before ever putting pen to paper or fingers to computer keyboard.

The emotions that can arise from… Continue

My last post featured the beginning of a guest post I wrote for the blog Books on the Brain, which is having a book giveaway for MRS. LIEUTENANT with the deadline of June 30.

Here are four other book blogs having a giveaway of MRS. LIEUTENANT in connection with a book review or guest post:

Guest Post and Book Giveaway for MRS. LIEUTENANT at Books on the Brain

I have a guest post on Books on the Brain in connection with a book giveaway. Here’s the beginning of this guest post about authors promoting their books:

I’m reading Stephanie Chandler’s new book “The Author’s Guide to Building an Online Platform” with the subtitle “Leveraging the Internet to Sell More Books.” It’s one of several such books I’ve read as well as numerous teleseminars I’ve listened to along with attending John Kremer’s two-day marketing event… Continue

Fixed Mind: Saying No to Yourself Before You Ever Start

I’m a huge fan of the book MINDSET: THE NEW PSYCHOLOGY OF SUCCESS by Carol S. Dweck, Ph.D.

According to Dweck, a person with a growth mindset eagerly tackles new experiences even if that person knows he/she may not at first be successful. A growth-mindset person understands that what’s important is the learning that takes place in trying new experiences. It’s not a question of how smart or how stupid someone is. It’s a matter of willingness to learn new things even at the risk of… Continue 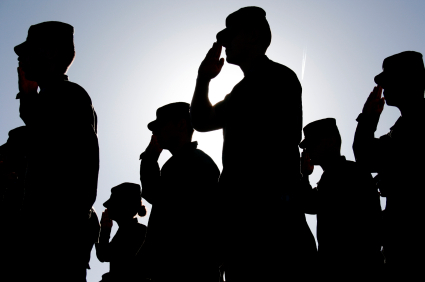 The June 24th Wall Street Journal carried this blurb in the front-page What’s News column: A woman has been chosen for promotion to the rank of four-star general for the first time in American history.

For someone whose novel features the wives of four new army officers in the spring of 1970 and who was there at the beginning of the women’s movement, this was a rather exciting headline.

The Journal article itself described… Continue

Lifetime TV’s episode 3 of season 2 of ARMY WIVES appears to have fallen off the back of a truck. It seemed to me as if I were watching a recycled TOUCHED BY AN ANGEL, or at the very least a recycled IT’S A WONDERFUL LIFE.

There were no scenes with all four army wives, Joan was missing in action, and her army husband only had scenes of “shooting hoops.” There didn’t seem to be a center for the episode – only a series of vignettes. And, boy, suddenly Roxy’s hair is looking really… Continue

I haven’t left my computer while taking a virtual book tour for MRS. LIEUTENANT, yet I feel as buoyant and frazzled as if I were on a real book tour.

And I’ve also been emotionally affected by this tour.… Continue


Watching the book trailer for MRS. LIEUTENANT –- http://www.youtube.com/watch?v=Kpjo-hv7fII – brings back the memories of those turbulent times at the end of the ‘60s and the start of the ‘70s. Theresa Chaze did such a terrific job of capturing that time that I asked her to write a guest post describing how she chose the elements for the trailer. (FYI – She graduated from Michigan State University a little over a… Continue

The start of episode 2 of Lifetime’s popular television series ARMY WIVES had me worried – more of that over-the-top voiceover. “Oh, no,” I thought, “if this season is going to be filled with voiceover, I’m out of here.”

(Did anyone get the reference to the Whoopi Goldberg movie SISTER ACT? You know, when the guy in the bar says about the two nuns Whoopi and Kathy Najimy – “If this turns into a nuns’ bar, I’m out of here.”)

Fortunately, after the first few minutes the… Continue

As explained in the introduction to Part I, the following Amazon review was written by Diana Faillace Von Behren (“reneofc”), an Amazon Top 500 reviewer, and posted here with her permission.

In this, her first Sharon Gold novel, Miller addresses the concerns of this era in American history. Written perhaps as a part memoir – Miller was herself a `Mrs. Lieutenant' – the story is cleverly crafted from the viewpoints of four very different young officers' wives whose lives intersect at… Continue

The following Amazon review was written by Diana Faillace Von Behren (“reneofc”), an Amazon Top 500 reviewer. I asked her permission to post this review on my blog because I love the way she talks about the Vietnam War era. My only changes were to break up long paragraphs into shorter ones. So, without further ado, here’s Diana:

When I was a girl in middle school, my homework assignment for one winter evening was to write a Christmas letter to an unknown soldier serving in the… Continue 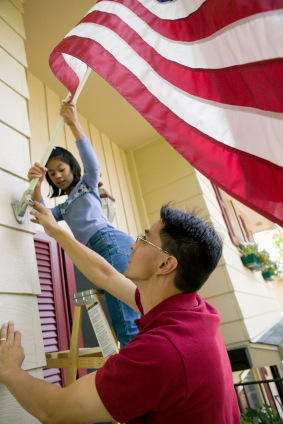 I had to look up information about Flag Day in Wikipedia because I had no idea what the day commemorated besides obviously the United States flag.

My virtual book tour stop for today is at http://fizzybeverage.blogspot.com. This is a truly delightful book review even though the reviewer is nervous about writing this particular review. Read the review to find out what made her nervous.

And I just got an email from a book reviewer in Okinawa who has graciously agreed to write a guest post about the U.S. military presence there. I’ve very excited to bring… Continue

Lifetime’s ARMY WIVES Season 2 Premiere – What Did You Think?

For two days I’ve been mulling over what I thought of the season 2 premiere of the popular Lifetime television series ARMY WIVES, which is based on Tanya Biank’s nonfiction book by the same name.

To be honest, the episode didn’t work for me. Yes, I understand that in order to create suspense throughout the entire hour of the show certain things were revealed in a specific sequence. (I’m not saying what in case you haven’t gotten to see the episode yet.)

What bothered me… Continue

Submit the Story of Your Happiest, Saddest or Most Significant Moment as a Military Spouse (All Branches Eligible)

Go to www.YourMilitary.com and click on “Contest Submission.” Fill out the submission form, including a title for your story. Then paste your story into the box (500… Continue 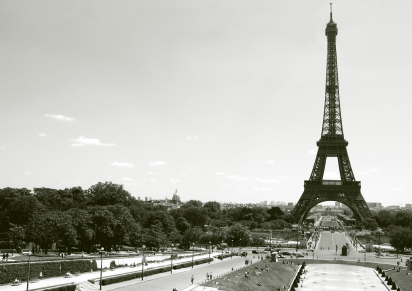 The June 3, 2008, Wall Street Journal carried an article by Woody Hochswender entitled “He Made Pantsuits Suit Working Women” in a tribute to designer Yves Saint Laurent, who died in Paris June 1.

I related to Hochswender’s article on two levels. First, in my book MRS. LIEUTENANT: A SHARON GOLD NOVEL, at the Ft.Knox PX Sharon buys towels and washcloths designed by Yves Saint Laurent. "These are terrific prices," Sharon says to Kim by… Continue

Today I’m stopping at http://bookfoolery.blogspot.com/. I’m particularly pleased with the comments added to the review on Bookfoolery because these “conversations” are what Web 2.0 is all about.

And as a special promotion for my book MRS. LIEUTENANT: A SHARON GOLD NOVEL -- Pump Up Your Book Promotion is giving away a FREE virtual book tour or $25 Amazon gift certificate to one lucky person… Continue

Check out the backstory of MRS. LIEUTENANT at http://mjroseblog.typepad.com/backstory and also my guest blog at www.thewriterslife.blogspot.com on this Day 3 of the MRS. LIEUTENANT virtual book tour.

Leave a comment at www.thewriterslife.blogspot.com to be entered into a drawing sponsored by Pump… Continue

As announced yesterday, I’ve started on a month-long virtual book tour (organized by www.pumpupyourbookpromotion.com) for MRS. LIEUTENANT. In actuality this is a blog tour, because – without leaving my own computer – I get “interviewed” on people’s blogs or I get to write a guest post for other people’s blogs. This is a great co-promotional opportunity because the author promotes the guest blogger and the guest blogger promotes the… Continue

The moral of today’s boomer chick guest post (www.overthehillchick.blogspot.com) is: If you’re waiting for someone to say yes to you for whatever it is, at this age look around and see if, instead, you can say yes to yourself!

And I share the saga of the long journey to publication for MRS. LIEUTENANT: A SHARON GOLD NOVEL in order to encourage other boomer chicks. Here’s an excerpt from the guest post: