Thought you might be interested in the guest on my blog today. It's Marie-Claude Bourque, one of the remaining American Titlists. This is a grueling contest for the writers, but the brass ring is a contract from Dorchester (my publisher!) Please stop by for the inside skinny. www.emilybryan.blogspot.com

Sounds like a group of super-heroes, doesn't it? Well, it almost is. The League of Amazing Writers boasts some of the hottest writers on the planet and they've invited me to visit on the LAST DAY of my 50day/50blog VEXING THE VISCOUNT tour! The book is officially launched today!… Continue

NYTimes BestSeller CL Wilson and I had ourselves a giggle-fest. She and I met in Pittsburgh at RT last year and clicked like a pair of magnets. If you haven't tried her fabulous Fading Lands series, you're in for such a treat! Start with LORD OF THE FADING LANDS. You'll thank me later.

Come on over to… Continue

Today I'm blogging about my manuscript polishing techniques and one of my "blog touristas" has posed an interesting question.

When should an aspiring writer build a web presence? Before or after that first sale?

Come on over to www.emilybryan.blogspot.co and add… Continue

My hostess at www.melangesreviews.blogspot.com has sweetened the pot today! She's sending the winner of the daily drawing a copy of DISTRACTING THE DUCHESS and PLEASURING THE PIRATE. Then when I send my VEXING THE VISCOUNT, someone will walk away with all my titles!

My blog tour goes on, but the post won't be up until around 1 pm EST (plenty of time for you to sip your cocoa and read the tabloids looking for a juicy on dit till then!). My gracious hostess at… Continue

I've been running around like a chicken with its head cut off, blogging all over creation about my coming release and I just realized that 2 of my friends and fellow Leisure Books authors (Jennifer Ashley & Joy Nash!)are also having a release in just a few days. It's an anthology called IMMORTALS:THE… Continue

I'm blogging with the Fallen Angels today about why the hairs on your neck stand up sometimes. I've posted a short peek into VEXING THE VISCOUNT and of course, I'm giving away a signed copy to one lucky… Continue

Because I said so!

Of all the blogs on my tour, my stop today is very special to me. MamaWriters is a new blog and its aptly named. It's all about combining our desire to write with the very important role of being someone's Mom (and how one doesn't mean you've neglected the other!)

Blogging on my Birthday

Pour yourself a cup of joe and join me at CoffeeTime Romance . I'm sharing a few more insights from my favorite philosophical courtesan, Isabella. She's our heroine Daisy's great-aunt and mentor and one who definitely know how to stir the pot!…
Continue

Happy Presidents Day! While you're enjoying a day off, I hope you'll stop by Sandra Cox's Blog. Sandra tells me we'll be posting this evening, so come on over, let me pour you a cup of decaf and we'll have a fashionably late chat. She's posting… Continue

The number one reason readers buy a new book is because they are familiar with the author’s work, have enjoyed them before and can reasonably expect that their hard earned money will not be wasted.

This is fine if you are an established NY Times Bestselling author with a huge following. If you’re a relative newcomer like me (… Continue

My DH and I have full day of festivities planned. Last night, we beat the rush and went out for a nice dinner. This morning, we're going to see PAUL BLAHRT, MALL COP (because that's what my DH wants to do) and then we're off to the Designer Shoe Warehouse (because that's what I want to… Continue

I'm not a terribly superstitious person. Black cats hold no terror for me. Ditto for walking under ladders. From what I can see Friday the 13th was only unlucky for the Knights Templars back in 1307.

For YOU, this Friday the 13th could be very lucky indeed. My blog tour goes on and with it another chance to win a VEXING THE VISCOUNT. Today, I'm at… Continue

My 50day/50blog VEXING THE VISCOUNT Tour moves to Cheryl's Book Nook today. I'm talking about why I love historical romance. Come share your favorites and maybe we'll get a little rumble going if some of… Continue

The Truth about Dogs 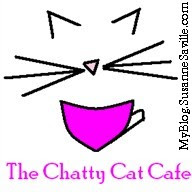 Last night I was glued to the TV, watching the Westminster Kennel Club Dog Show. I love dogs and I'm fascinated by the wide diversity of breeds people have created. Wasn't it precious that the oldest dog in the ring took home the prize? The Sussex spaniel had such a sweet, worried-looking face.

Today I'm blogging about MY dogs (and the pets my… Continue

Today, my 50day/50blog VEXING THE VISCOUNT Tour is swinging by the website and blog of the fabulous Joy Nash! Joy is my friend, my fellow Chatelaine and, as it turns out… Continue

Since January 2nd, I’ve been blogging on various sites and frankly, my brain’s a little fried. How about a game instead of a blog post? Daisy and Lucian, my hero and heroine in… Continue

Tingles of Magic at THE CHATELAINES 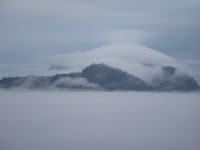 Have you ever been someplace that makes the hairs on your arms stand on end for no discernable reason? I'm blogging about the experience at THE CHATELAINES. You'll want to… Continue

The 50day/50blog VEXING THE VISCOUNT Tour rolls into the weekend with a relaxed stop at RomanceRoundTable. This is a terrific group blog you'll want to bookmark and revisit. The girls at RRT chatted with me… Continue