Please join me and other Leisure Books and Lovespell authors for a chat at http://www.writerspace.com . We'll be talking tonight, July 14th at 9PM Eastern. Hope to visit with you soon!

Back when I was singing professional opera, occasionally one of the supernumeraries (spear carriers, we used to call them) would do something to upstage the main characters. (Dare I confess to doing it myself sometimes when I was spear carrier?) It’s not always planned, but it happens.

It happens in fiction too. An unsuspecting writer creates a secondary character to fill a need in the hero or heroine’s life and all of a sudden, the bit part refuses to stand quietly holding the… Continue

PLEASURING THE PIRATE will be out July 29th. With gas prices spiking, a blog tour is easier on the wallet than a conventional book tour. Please join me on the web! Here's where I'll be blogging this week!

BlogTour-Join Em on the Web!

Looking for a distraction?

Booklist calls my DISTRACTING THE DUCHESS "wickedly witty." See if you agree.

All next week, DISTRACTING THE DUCHESS will be featured on Dear Reader. This is a cool site that allows you to try out a book in small segments. Just visit www.dearreader.com and sign up for the FREE service! You'll receive 5 minute snippets of my DUCHESS and a chance to ask questions on the Dear Reader forum. I'll be popping in and out and generally… Continue

What type writer are YOU?

I just finished writing the first draft of VEXING THE VISCOUNT, the manuscript that's due to my editor later this summer. I know what you're thinking. "Big Whoop! It's just a first draft." For me, typing THE END is a big deal because of how I write a book.

I'm mostly a linear writer. Once I have a fully developed idea of the plot points and the characters solidly in my head, I start on the first chapter and write the story straight through in order. I sneak back from time to time to… Continue

Barbara Vey, author of the PUBLISHERS WEEKLY BLOG, BEYOND HER BOOK has just posted a rave for my PLEASURING THE PIRATE. She says it should be called, PLEASURING THE READER!
Please pop over to http://www.publishersweekly.com/blog/880000288/post/1570027157.html to comment on Barbara's insights. She likes to get lots of posts, so please leave a message. I'd appreciate it muchly.

When I decided to add a dash of humor to my writing, I found one of the natural places to do that was through my secondary characters. I'd like to introduce you to a fellow in PLEASURING THE PIRATE.

Meet Joseph Meriwether, lately first mate of the pirate vessel, REVENGE. He's a scruffy, squint-eyed mariner with a faded tribal tattoo on one of his sagging cheeks (on his face, I mean!). Meri has a unique outlook on life. Here's a sampling of his take on things. 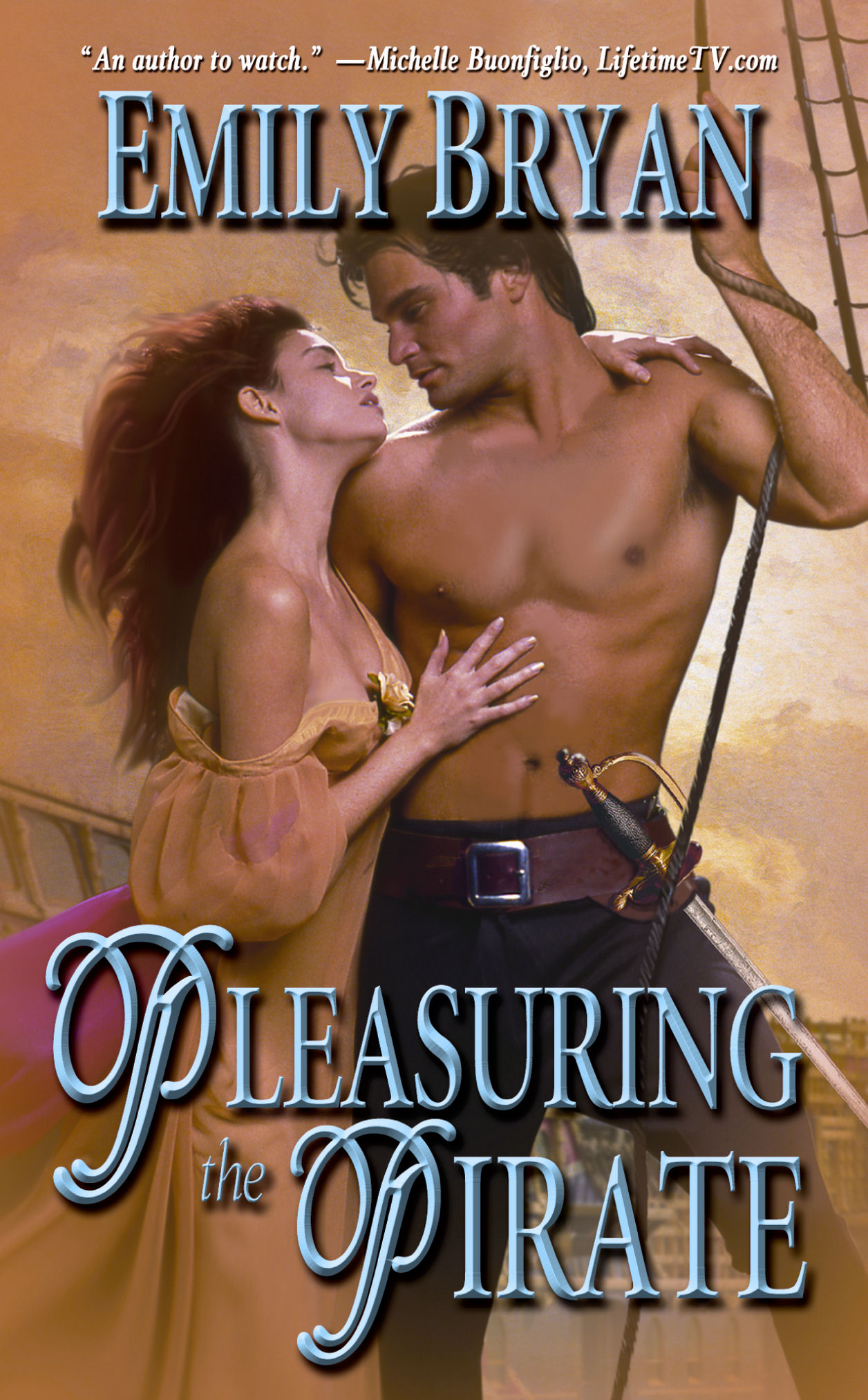 Now that I'm rounding the bend on VEXING THE VISCOUNT, (my March 2009 Leisure Book release) it's time to start thinking about what's next. Since all my book titles (DISTRACTING THE DUCHESS &… Continue

Anyone can give you ideas to help you get published. Here's a few helpful hints to make sure you never have to worry about getting The Call.

1. Never finish a manuscript. Surely just your premise scrawled quickly onto the back of a napkin ought to be enough. It's the idea that counts.

2. Don't accept critique from others. It's your story. You should be able to tell it from 37 different points of view if you want. And be sure to ignore the publisher's… Continue

Ten Ways to Boost Your Chance of Publication

1. FINISH THE BOOK! ~ Back in the 1980's it might have been possible for a newbie to sell on speculation, but those days are gone forever. You MUST type "the end" before you send a query or give a pitch at a conference. Until you finish the manuscript, you have nothing to sell but a handful of fingers.

2. POLISH YOUR PROSE! ~ Good enough just won't do. You're competing for publishing slots with NY Times BestSellers. Tighten your story till it pings. By the time I'm ready to turn in a… Continue

You expose yourself little by little with words.

I'm not talking about sex scenes, either. Even without conscious effort, a writer's unique take on the world comes out in our stories. There is no hiding. It'll happen even if you try not to let it.

So if you want a writing career, the sooner you get used to the idea that you're going to put yourself out there for folk to slice and dice, the better off you'll be. To that end, let me suggest one of the best ways to get used… Continue

The most important review is . . .


Today is the official launch day for DISTRACTING THE DUCHESS by Emily Bryan! (Though if you're an Amazon customer, you know it's been available there a couple days early!) I love these characters and I'm so excited to be able to offer Artemisia and Trev's love story to the world.


When I decided to write a Victorian set tale, I wanted to make sure my characters weren't the usual suspects--you know, the ingenue and the rake.… Continue

This is the copy for my latest newsletter. If you'd like to see how the whole thing looks, images and all, please send an email request to emilybryanromance@yahoo.com . I'd value your imput if you have suggestions to make it better.


Distracting the Duchess
by Emily Bryan
I'm so excited! My very first Emily Bryan romance is hitting the bookstores on February 28th! And not only bookstores! My Diana Groe stories weren't available in discount stores, but DISTRACTING THE… Continue

On my local RWA loop, one of the other writers asked what types of promo actually work to introduce an author to new readers. Wow. If I knew the answer to that one, I’d be able to retire to Maui next week. I sort of use the shotgun method myself. I spray the news about my newest release, DISTRACTING THE DUCHESS in every outlet I possibly can and hope that some of it hits the targets.

And one of things I use is book trailers or bookpeeks, as they are sometimes called. Now I know some… Continue

I rarely feel the need to hurl a book across the room, but I was sorely tempted last weekend. The book was Nicholas Sparks’ MESSAGE IN A BOTTLE. Now don’t get me wrong. Mr. Sparks is a great writer. His prose is specific and immediate, sometimes lyrical. His characters breathe on their own.

No, my beef with MESSAGE IN A BOTTLE is more organic. It’s about the difference in the way men and women are wired. It’s about what we each see as…