I had no idea there was such a thing as a "Read an E-Book Week", but given that we have days to celebrate everything under the sun, it doesn't sound like a bad idea after all.

In fact, I think it is the perfect opportunity for new authors to get the proverbial foot in the door and introduce their books. Many people are scared to buy books from authors they haven't read before, and who can blame them?  We all agree that $10 to $20 are a lot of money to spend on a book you know nothing… Continue 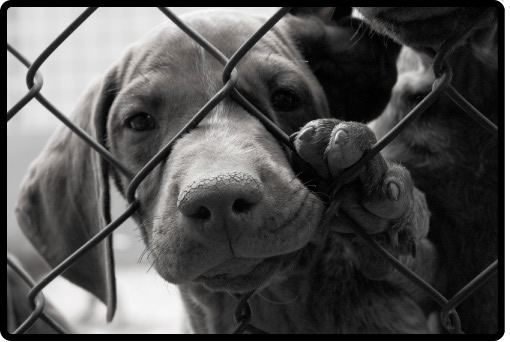 As we continue our Hooked on the Book campaign, we would like to take the time to honor yet another category of Louisiana residents -- our four-legged friends. During Hurricane Katrina many animals were lost and separated from their families. Thanks to the effort of the Louisiana SPCA, many were able to be reunited with their original families, while others were placed in new loving homes.

As we approach the fifth anniversary of Katrina, I am… Continue

"A Nay for Effort" by Dan Bain -- A Book Introduction

I would like to introduce you to someone you will surely enjoy knowing: Please meet Dan Bain, a personal friend, witty comedian, and now published author. Dan has published his first book, "A Nay for Effort", a collection of humoristic essays about life and its lessons.

"The Dream House: Visions and Nightmares" by Victoria Roder - A Book Review

I ran into Victoria Roder’s novel, The Dream House: Visions and Nightmares, quite accidentally: While following a discussion on the Amazon forum which encouraged authors to pitch their books, I read a short synopsis of this story and immediately felt drawn to it.

The Dream House tells the story of Hope Graham, a woman who, night after night, is haunted by a recurring dream taking place in her childhood home. Concerned about her physical and mental wellness, she decides to visit the… Continue

Wall 2 Wall Photography will be hosting one of my book signings, this Saturday July 10 between 2pm and 4pm, at the studio situated at 106 N. Martin Rd in Goldsboro. http://bit.ly/cxTqwE

One dollar from the sale of each copy of The Book of Obeah and Housekeeping for the Soul at the signing will be donated to the Louisiana Gulf Response (www.lagulfresponse.org), via the Coalition to Restore Coastal Louisiana… Continue

Reaching for the Moon

“Far away in the sunshine are my highest aspirations. I may not reach them, but I can look up and see their beauty, believe in them, and try to follow where they lead.” ~ Louisa May Alcott


When I was a young girl, my family and I lived in a high-rise apartment building in the heart of the city. I loved sitting on the balcony at night, when the noise from the street had finally quieted down and the horizon came to life as a parade of lights. I especially loved to sit out there… Continue

Are We Ever Going to See Melody Bennet on a Silver Screen?

We might, if you help me vote for the video trailer of The Book of Obeah. The video was recently entered into a short film contest sponsored by the Topanga Film Festival and the winner, chosen by popular vote, will receive a production package!

So, if you feel inclined, please, please, please help me make the Book of Obeah a winner. Voting is simple. All you need to do is click on the link, and click on the video. You will be asked to enter a user name and your e-mail and as soon as… Continue

Check out the latest stellar reviews of The Book of Obeah on Amazon!

Hooked on the Book

Many have wondered where I have disappeared to the past few weeks, as my online presence has been reduced to bare bones, so it is time to unveil the reason for my absence. Aside from helping my consulting editor finalize the files of both titles to be uploaded on Kindle, Nook and other e-applications (Housekeeping for the Soul is now, finally, available in digital format; The Book of Obeah will be soon), our focus has been on other projects as well.

The greatest and most rewarding… Continue

I found this out last night, and maybe I shouldn't even say anything, since results won't be announced until next week at Book Expo of America in NYC, but I am so excited I think I will fly away if I don't share...

The Book of Obeah won the International Book Award in the multicultural fiction category!!!

And, if I wasn't already happy enough, I found out Housekeeping for the Soul was a finalist in the nonfiction inspirational category!

I am SO happy right now,… Continue

A Little Girl, a Homeless Man, and a Slice of Cheese Pizza

It was just a few years ago that I finally realized my children were going to be my greatest teachers in this life. Though I’ve had many other unexpected teachers, nobody has taught me the same lessons my pint-sized guides have.

Some of the lessons have been direct, while others have been subtle; they have made me roll down the road of pure anger at times, only to lift me off the path with a candid smile or a flower picked at just the right time. They have taught me patience,… Continue

“It is by chance that we met, by choice that we became friends.” ~ Author unknown


Two years ago, while I was looking for a literary agent, I set up profiles on every site that could help me get in touch with the right representative; along with the benefits of exposure, also came the less appreciated, infamous e-mails from the sites which regularly clog my inbox.

One morning, about a year or so ago, I received yet another notification of a new member signing up.… Continue

Salt On An Open Wound

“There is no coming to consciousness without pain.” ~ Carl Jung

Very few things are simultaneously as loving and painful as a kneading cat. Believe me, I would know; my cat, Wizard, is a twenty-pound bag of melted sugar and he regularly dispenses his love through the rhythmic action of his lion-sized paws.

Dishes in the Cupboard

The past few weeks I have been obsessed with spring cleaning. As I scrubbed, I tried to remember all other times I have been overcome by such madness -- once, I was trying to keep myself busy to avoid hearing the evil voice of nicotine withdrawal, and the other three times I was nesting in preparation of my children’s births.

Well, this time around I am not quitting smoking, nor am I awaiting a sweet bundle of joy…so, inquiring minds want to know, why the urge to clean, scrub and… Continue

What I Learned From A Sour-Apple Worm

Of all the things my children were blessed with, curiosity is certainly the trait that brings home the prize. They never tire of asking questions, and charge everything with a genuine interest to learn something new at every turn.

“In spite of everything I shall rise again; I will take up my pencil, which I have forsaken in my great discouragement, and I will go on with my drawing.” ~ Vincent Van Gogh


While I was catching up with e-mail last night, I overheard a story my husband was following on TV – a man served a long sentence for a crime he didn’t commit; when he was finally cleared of the charges, he could have chosen to be bitter toward the system that had forced him captive all those years, but he… Continue

“In the long run, we shape our lives and we shape ourselves. The process never ends until we die. And the choices we make are ultimately our own responsibility.” ~ Eleanor Roosevelt

One of the most intriguing things about listening to people describe news events is their tendency to remember – and their preference to discuss – the most gruesome segments. I once heard someone say that the newscast he had just watched was not very interesting because nothing really… Continue

Filling Up the Tank

“Emotions are the fuel to really move you along - that's the only way you can create music. If you don't feel any emotions, it's not going to happen.” ~ Jan Hammer

In one of her comments to one of my posts, friend and fellow writer Alice grist described how hearing of the success a childhood friend experienced in her career, motivated her to stir her own creative juices and start writing professionally.

Although their friendship had ended many years before… Continue

A Season for Everything

“Some closing of the gates is inevitable after thirty, if the mind is to become a creative power.”~ E.M. Forster


This past weekend, one of my close friends went on a spiritual retreat she attends several times a year, and decided to share the trip with another friend who occasionally travels with her. During this particular trip, she had a surprise –another friend she had not seen in years decided to ride along.


Once she got past the initial shock, she was… Continue

Anatomy of a Gift

“Don’t look a gift horse in the mouth.” ~ Proverb of origin unknown

Although this wise, old proverb hints at the fact that we shouldn’t judge a gift by its monetary value, a few days ago I couldn’t help but come up with a slightly different interpretation for it.

A week ago, I woke up to a terrible head cold – sore throat, stuffy nose, body aches, and all the necessary garnishes to make me feel utterly miserable. Not being a fan of medications unless absolutely necessary,… Continue