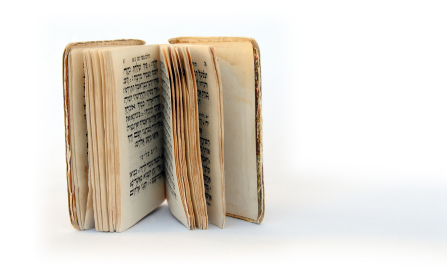 My July 23rd blog post “U.S. Military Personnel Trained as Jewish Lay Leaders in Iraq” discussed a July 10th article in the Jewish Daily Forward that I had spotted on www.jewsingreen.com. (See my blog post at http://tinyurl.com/5pk8zu.)

The Forward article describes how Rabbi Jon Cutler, currently one of three Jewish chaplains in Iraq, had brought together seven Jewish servicemen and women from across Iraq to train as lay leaders to conduct Jewish services for other soldiers.

The Forward article included this quote: “There are relatively few rabbis, a third of the number we had a generation ago,” said Harold L. Robinson, director of the Jewish Welfare Board Jewish Chaplains Council, which is responsible for finding Jewish chaplains. “The need for rabbis is as great as it ever was.”

In response to this blog post I got an email from an observant National Guardsman who will be deploying to Iraq in a few months. He is officially not allowed to say anything negative about the Jewish Welfare Board. But he allowed me to anonymously post parts of his email:

It's nice that the Jewish Welfare Board (JWB) has trained lay leaders. But the truth is, the JWB generally leaves lay leaders out there on their own once they've been certified. These lay leaders prove their worth solely through the energy they put to the effort.

In spite of the San Diego conference almost two years ago and the recent one in Florida, outside of OIF [Operation Iraqi Freedom], CONUS [Continental U.S.] lay leaders are not being developed properly. Neither is this new crop likely to receive follow-on training except at great personal expense.

I recently went through Aleph Institute for my own endorsement for deployment. Aleph Institute is Chabad-affiliated, which isn't a problem for my wife and me, and they provide a veritable glut of material support. They've perceived the vacuum that's associated with the Jewish Welfare Board these days. Unfortunately, it's a little more difficult to run an egalitarian program with their support.

And we sure need some rabbis ... just not from the Rabbinical Council of America (RCA) [Orthodox] right now. We honestly need Reform and Conservative rabbis. Precisely for the reason of female service members who deserve equal treatment. We've actually plenty of RCA-approved rabbis

Some might say the emphasis has been on the wrong syllable with their efforts. All the focus on a new military-ish Tanakh [Bible] seemed misplaced. That the Protestants have a digital camo Bible isn't keeping me awake with envy at night. That I don't know that I'll have enough usable siddurim [prayer books] for a crowd of mixed-observance/ mixed-Hebrew literacy troops does.

The boldface of that last sentence is mine. I’m hoping that someone who reads this blog post is in a position to do something about that lack of prayer books. And to possibly fulfill that hope, I plan to forward this post to some Reform and Conservative rabbis that I know. Perhaps they will help.