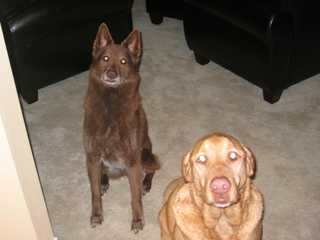 On Thursday, I did an audio interview with the great folks over at Authorlink (www.authorlink.com), which, according to my real-time audience (pictured here) was both riveting and inspirational. They particularly liked my description of JANEOLOGY as the "prose-filled equivalent of looking at Jane Nelson's family photo album, including eight of her ancestors, until all the family secrets are laid bare." I got two paws up for that.


The ten-minute interview will be featured on AuthorLink.com around the first of April. Check out the other author interviews. They recently featured Charles Bock, author of Beautiful Children. His interview about the writing process and staying positive throughout his own ten year writing adventure was excellent.

Incidentally, this is a great site for posting one's work for prospective agents and publishers to see. I posted my work there and received excellent feedback from both readers and reviewers alike. So much so, that JANEOLOGY was among the site's top 10 featured five-star works for a short time. Soon after, I got a publishing contract.

Until next time, write on.