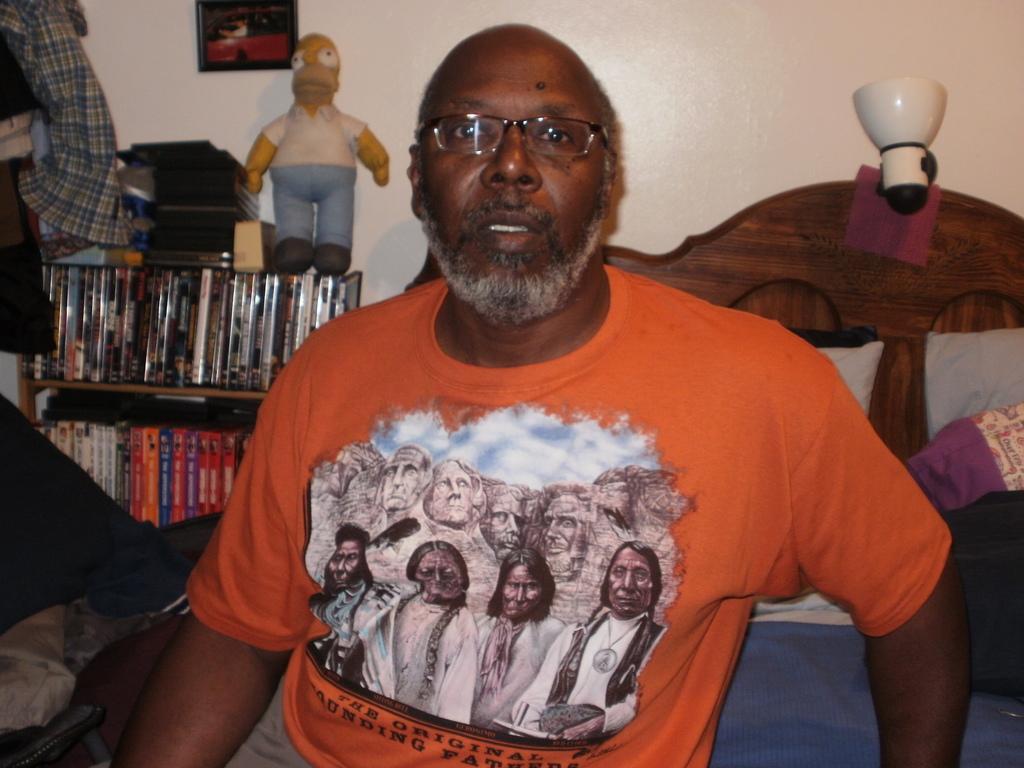 “Our country has changed”

“A concerted effort has been made to end racial discrimination in voting.”

Thanks to the Voting Rights Act

The clock has been rolled back, once again. The Supreme Court has spoken. “Woe unto Thee!”

It has taken years of sacrifice and death to get things done in this country. The ‘Voter’s Rights Bill’ has once again found itself under siege. Will the same happen to the ‘Bill of Rights’ or the ‘Human Rights Bill?’

It was my intention to not comment on this controversy until the final act in the play had unfolded. However, it became apparent that I might have had to wait until hell freezes over. But, for the life of me, I cannot stand idly by and say nothing. A few thoughts crossed my mind as it relates to some historic occurrences in and of ancient times. As many of you are aware, I am a firm believer of ‘History repeating itself – along with its mistakes and dire consequences.’

“And God saw that the wickedness of man was great in the Earth, and that every imagination of the thoughts of his heart was only evil, and it grieved Him at his heart. And the Lord said, “I will destroy man whom I have created from the face of the Earth; both man, and beast, and the creeping thing, and the fowls of the air; for it repenteth me that I have made them.”

“He who does injury to soul of man, does injury to his own soul, and there is no cure for his flesh, not pardon for all time. How it is not fitting to kill man neither by weapon nor by tongue!

He who puts a man in any snare, shall stick in it himself, and there is no cure for him for all time.”

Enoch said also to them, “Watch over your souls, and hold fast by your fear of God and by your service of Him, and worship Him in righteousness, innocence and judgment, in repentance and also in purity.”

Wade Henderson, president and C.E.O. of the Leadership Conference on Civil and Human Rights, criticized the decision on Tuesday.

WASHINGTON — The Supreme Court on Tuesday effectively struck down the heart of the Voting Rights Act of 1965 by a 5-to-4 vote, freeing nine states, mostly in the South, to change their election laws without advance federal approval.

The court divided along ideological lines, and the two sides drew sharply different lessons from the history of the civil rights movement and the nation’s progress in rooting out racial discrimination in voting. At the core of the disagreement was whether racial minorities continued to face barriers to voting in states with a history of discrimination.

“Our country has changed,” Chief Justice John G. Roberts Jr. wrote for the majority. “While any racial discrimination in voting is too much, Congress must ensure that the legislation it passes to remedy that problem speaks to current conditions.”

The decision will have immediate practical consequences. Texas announced shortly after the decision that a voter identification law that had been blocked would go into effect immediately, and that redistricting maps there would no longer need federal approval. Changes in voting procedures in the places that had been covered by the law, including ones concerning restrictions on early voting, will now be subject only to after-the-fact litigation.

President Obama, whose election as the nation’s first Black President was cited by critics of the law as evidence that it was no longer needed, said he was “deeply disappointed” by the ruling.

Justice Ruth Bader Ginsburg summarized her dissent from the bench, an unusual move and a sign of deep disagreement. She cited the words of the Rev. Dr. Martin Luther King Jr. and said his legacy and the nation’s commitment to justice had been “disserved by today’s decision.”

She said the focus of the Voting Rights Act had properly changed from “first-generation barriers to ballot access” to “second-generation barriers” like racial gerrymandering and laws requiring at-large voting in places with a sizable black minority. She said the law had been effective in thwarting such efforts.

The law had applied to nine states — Alabama, Alaska, Arizona, Georgia, Louisiana, Mississippi, South Carolina, Texas and Virginia — and to scores of counties and municipalities in other states, including Brooklyn, Manhattan and the Bronx.

Chief Justice Roberts wrote that Congress remained free to try to impose federal oversight on states where voting rights were at risk, but must do so based on contemporary data. But the chances that the current Congress could reach agreement on where federal oversight is required are small, most analysts say.

The majority held that the coverage formula in Section 4 of the Voting Rights Act, originally passed in 1965 and most recently updated by Congress in 1975, was unconstitutional. The section determined which states must receive clearance from the Justice Department or a federal court in Washington before they made minor changes to voting procedures, like moving a polling place, or major ones, like redrawing electoral districts.

Section 5, which sets out the preclearance requirement, was originally scheduled to expire in five years. Congress repeatedly extended it: for five years in 1970, seven years in 1975, and 25 years in 1982. Congress renewed the act in 2006 after holding extensive hearings on the persistence of racial discrimination at the polls, again extending the preclearance requirement for 25 years. But it relied on data from the 1975 reauthorization to decide which states and localities were covered.

“The current coverage system,” Chief Justice Roberts wrote, is “based on 40-year-old facts having no logical relationship to the present day.”

“Congress — if it is to divide the states — must identify those jurisdictions to be singled out on a basis that makes sense in light of current conditions,” he wrote. “It cannot simply rely on the past.”

The decision did not strike down Section 5, but without Section 4, the later section is without significance — unless Congress passes a new bill for determining which states would be covered.

It was hardly clear, at any rate, that the court’s conservative majority would uphold Section 5 if the question returned to the court in the unlikely event that Congress enacted a new coverage formula. In a concurrence, Justice Thomas called for striking down Section 5 immediately, saying that the majority opinion had provided the reasons and had merely left “the inevitable conclusion unstated.”

The Supreme Court had repeatedly upheld the law in earlier decisions, saying that the preclearance requirement was an effective tool to combat the legacy of lawless conduct by Southern officials bent on denying voting rights to Blacks.

Critics of Section 5 say it is a unique federal intrusion on state sovereignty and a badge of shame for the affected jurisdictions that is no longer justified.

The Voting Rights Act of 1965 was one of the towering legislative achievements of the civil rights movement, and Chief Justice Roberts said its “strong medicine” was the right response to “entrenched racial discrimination.” When it was first enacted, he said, Black voter registration stood at 6.4 percent in Mississippi, and the gap between black and white registration rates was more than 60 percentage points.

In the 2004 election, the last before the law was reauthorized; the Black registration rate in Mississippi was 76 percent, almost four percentage points higher than the white rate. In the 2012 election, Chief Justice Roberts wrote, “African-American voter turnout exceeded white voter turnout in five of the six states originally covered by Section 5.”

The chief justice recalled the Freedom Summer of 1964, when the civil rights workers James Chaney, Andrew Goodman and Michael Schwerner were murdered near Philadelphia, Miss., while seeking to register Black voters. He mentioned Bloody Sunday in 1965, when police officers beat marchers in Selma, Ala.

“Today,” Chief Justice Roberts wrote, “both of those towns are governed by African-American mayors. Problems remain in these states and others, but there is no denying that, due to the Voting Rights Act, our nation has made great strides.”

Justice Ginsburg, in her dissent from the bench, drew a different lesson from those events, drawing on the words of Dr. King.

“The great man who led the march from Selma to Montgomery and there called for the passage of the Voting Rights Act foresaw progress, even in Alabama,” she said. “‘The arc of the moral universe is long,’ he said, but ‘it bends toward justice,’ if there is a steadfast commitment to see the task through to completion.”

In her written dissent, Justice Ginsburg said that Congress was the right body to decide whether the law was still needed and where. Congress reauthorized the law in 2006 by large majorities; the vote was 390 to 33 in the House and unanimous in the Senate. President George W. Bush, a Republican, signed the bill into law, saying it was “an example of our continued commitment to a united America where every person is valued and treated with dignity and respect.”

The Supreme Court considered the constitutionality of the 2006 extension of the law in a 2009 decision, Northwest Austin Municipal Utility District Number One v. Holder. But it avoided answering the central question, and it seemed to give Congress an opportunity to make adjustments. Congress, Chief Justice Roberts noted on Tuesday, did not respond.

Justice Ginsburg suggested in her dissent that an era had drawn to a close with the court’s decision on the Voting Rights Act, in Shelby County v. Holder, No. 12-96.

“Beyond question, the V.R.A. is no ordinary legislation,” she wrote. “It is extraordinary because Congress embarked on a mission long delayed and of extraordinary importance: to realize the purpose and promise of the Fifteenth Amendment,” the Reconstruction-era amendment that barred racial discrimination in voting and authorized Congress to enforce it.

“For a half century,” she wrote, “a concerted effort has been made to end racial discrimination in voting. Thanks to the Voting Rights Act, progress once the subject of a dream has been achieved and continues to be made.”

“The court errs egregiously,” she concluded, “by overriding Congress’s decision.”

A version of this article appeared in print on June 26, 2013, on page A1 of the New York edition with the headline: Justices Void Oversight Of States, Issue At Heart Of Voting Rights Act.

“Who is he of us that shall be left?”

“What is a Man who does not try and make the World Better?”

Perhaps the governing bodies need a cooling drink from the Nile,  just like Ramses, Pharaoh of Egypt??

Will we never learn?

"Never receive counsel from unproductive people. Never discuss your problems with someone incapable of contributing to the solution, because those who never succeed themselves are always first to tell you how."
~Colin Powell~

"The Land of OZ and The Land of Babel" (Featuring Gianni A. Boulware)
http://ezinearticles.com/?The-Land-of-OZ-and-The-Land-of-Babel&...