An Offender’s Signature vs. Modus Operandi 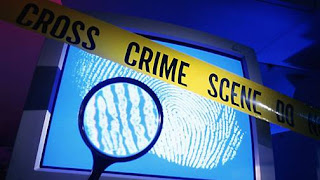 Sometimes there's some confusion of the difference between a criminal’s signature versus the criminal’s modus operandi when they commit a specific crime.

Are they the same?

No, they are distinctly different because one feeds on emotional needs of the criminal while the other is a procedure.

Modus operandi is the method that is used to commit the crime and signature behavior is what helps to serve the criminal’s emotional and psychological needs.

A modus operandi or MO refers to the method or procedure that a criminal uses when committing a crime. It comes from the Latin phrase meaning “mode of operation”. Basically, all criminals have a method of operation that encompasses the habits, techniques, and any peculiarities of behavior. The method can stay the same, but it will often grow and change over time as the criminal becomes more skillful at committing a specific crime.

If an investigator or detective establishes the MO in a homicide case, they would refer to the forensic analysis of the crime scene.

Here are a few examples of a criminal’s MO:

· The type of restraints used on the victim, wound patterns, and type of fiber of the restraints.
· Type of weapon used, such as knife, blunt object, or gun.
· Tape found on victim that was used to bind hands and cover mouth.
· Tools used to gain entry to victim’s home.
· Attack could be from when the victim exits their vehicle or walks through a dark parking garage.
· Time of day that the offender chooses to commit the crime, such as nighttime or early morning.
· Lack of fingerprints that would indicate the offender used gloves.

All of these examples constitute a criminal’s MO in committing a crime.

A signature refers to the distinctive behaviors that help to serve the criminal’s psychological and emotional needs. Physical evidence helps to establish the signature behaviors of the criminal who committed the specific crime.

Again, the investigator or detective for a homicide case would refer to the forensic analysis for this type of evidence in regard to the signature behaviors at the crime scene.

Here are a few examples of criminal signatures:

An easy way to remember the difference is that a criminal’s MO refers to the way the crime is committed and the signature is what is beyond that it takes to commit the specific crime.

To read more about criminal modus operandi or signature behaviors, check out these books: