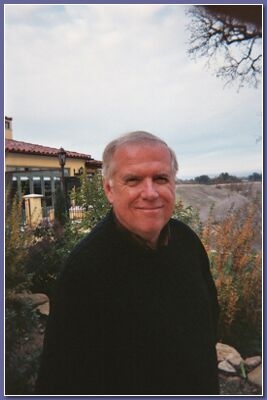 Since the firm’s creation TBC has served authors with such companies as Simon & Schuster, Globe Pequot Press, Norton and studios and TV outlets from Warner Brothers and Paramount, to cable TV network
American Movie Classics (Mad Men) to ABC, CBS, Fox Television, as well
as self-published author publishers such as Xlibris, Author House,
i-Universe and numerous celebrities from Johnny Carson to Ed McMahon to
Kevin Costner to Oprah Winfrey (Oprah’s Big Give television series on ABC).

creating and performing a range of publicity services and media
outreach for both fiction and non-fiction book releases areas,
generating media attention/coverage in print, broadcast and the growing
on line digital medias. TBC is developing new book marketing strategies
for e-books and author activity with Kindle, Nook You Tube, Twitter and
Facebook

Mr. Barrett formed The Barrett Company after serving in top PR and media relations positions with the National Broadcasting Company (NBC) for more than ten years, where he was in charge of media relations for The Tonight Show and Johnny Carson and also, Today, among other well-known NBC shows such as Unsolved Mysteries, Fame and numerous highly-rated NBC specials, including The American Film Institute Awards and The American Movie Awards.
As a film publicist in Hollywood, Charlie has worked with Dennis

Charlie began his media career as a reporter with The Associated Press in New Haven, CT and later served on the editorial staffs of both The Hollywood Reporter in Los Angeles and Billboard in New York.  He
has also authored numerous articles for magazines and newspapers on the
performing arts and travel as well as appearing as a regular
contributor on major US radio talk shows discussing celebrities, films,
television and books. Charlie was voted the Book Publicist of the Year
award by the Southern California Book Publicists Society.  TBC is a
member of The Publishers Association of Los Angeles, The Academy of TV
Arts and Sciences (ATAS gives the Emmy Award) and the Academy of Motion
Picture Arts & Sciences (the Oscar).

The Barrett Company is well known and regarded among the world’s media outlets for its credibility and creativity.  Through years of client assignments TBC has developed remarkable and successful PR

campaigns for a wide range of authors/publishers, Hollywood creatives,
companies and celebrities, which have paved the way for the firm to
produce media, consumer and trade events of all descriptions both in

the US and overseas, from Book Expo to NATPE (the renowned annual
television program executive conference) to  the Los Angeles Times
Festival of Books, The Frankfurt Book Fair  and The Cannes
International Film Festival. The TBC web site is at www.thebarrettco.com.

Pump Up Your Book is an innovative public relations agency specializing in online book publicity for authors looking for maximum online promotion to sell their books.  Visit our website at www.pumpupyourbook.com to find out how we can take your book to the virtual level!