This interview was originally published in Book Publishing Secrets 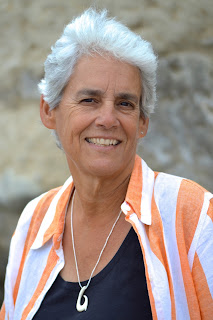 Name: Leslie Karst
Book Title: A Measure of Murder (book two in the Sally Solari mystery series)
Genre: culinary mystery
Publisher: Crooked Lane Books
Thank you for your time in answering our questions about getting published.  Let’s begin by having you explain to us why you decided to become an author and pen this book?
Leslie: I’d had a vague concept of writing a culinary mystery for many years, but it wasn’t until one day when I was out jogging that the idea for my Sally Solari series came to me all in a rush. Santa Cruz had long been a sleepy beach community, home to Italian fishermen and retirees, but with the advent of the new university in the late 1960s the place had been transformed, and my town was now teeming with hipsters, hippies, and urban professionals. And along with them, the food revolution had descended full-force upon the surprised old-timers. What would happen, I wondered, if a local Santa Cruz gal suddenly found herself caught between the world of her family’s traditional, old-fashioned Italian restaurant, and that of the newly-arrived, politically-correct food activists?
Is this your first book?
Leslie: No. A Measure of Murder is the second of the Sally Solari mysteries. Although all the books in the series focus on food, cooking, and restaurants, there’s a secondary theme to each of the stories: one of the human senses. The first book, Dying for a Taste, concerns (obviously) the sense of taste, and A Measure of Murder delves into the sense of hearing—more specifically, music.
With this particular book, how did you publish – traditional, small press, Indie, etc. – and why did you choose this method?
Leslie: This book—as with the first Sally Solari mystery—is traditionally published by Crooked Lane Books, a crime imprint out of New York City. From the start, I wanted to find a traditional or small press publisher for the series, so that I could focus on writing and promotion, and not also have to deal with the nuts and bolts of designing, formatting, printing, and distributing the books themselves.
Can you tell us a little about your publishing journey?  The pros and cons?
Leslie: It took over two years to write the first draft of the book, and then another three to re-write it. I was fortunate enough to have some insightful beta readers who critiqued the early version and helped me see where it needed reworking, but even after these revisions the manuscript was still “not quite there,” according to passes I continued to receive from literary agents.
After over eighty rejections I was starting to have serious doubts—about myself as a writer as well as the book—but decided I’d give it one last shot by hiring a developmental editor. I needed someone who could not only help improve the manuscript, but who could also be objective, and let me know if it was worth continuing to send out.
After this rewrite, I started querying agents again, and within a month or so I finally got “that phone call,” from Erin Niumata of Folio Literary Management. She’s a former editor herself, and steered me through further revisions before pitching the book to publishers. It still took another nine months of edits, pitches, and then some further edits, but I ultimately landed a deal with Crooked Lane Books. 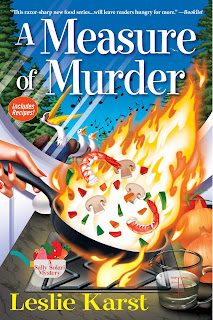 What lessons do you feel you learned about your particular publishing journey and about the publishing industry as a whole?
Leslie: Probably the most important lesson I learned was that rejections are the norm in the publishing business. Literary agents receive dozens—if not hundreds—of queries every single day, and most only represent between twenty and thirty authors at a given time. So not only does your book need to be well-written and compelling, but it needs to jump out as special to that particular agent (or acquiring editor). In other words, although getting traditionally published takes an enormous amount of hard work, it also takes a certain amount of luck—for your manuscript to land on that one agent’s desk at the particular time that the agent is looking for something just like your book.
Would you recommend this method of publishing to other authors?
Leslie: I have been very happy with Crooked Lane Books. They not only have terrific editors, who help ensure that my books are as well-crafted as they possibly can be, but they also ensure that the books are distributed through book clubs as well as major book distributors and brick and mortar stores. Crooked Lane also has its own publicists to send the books out for reviews before they’re released. As a result, I get to spend more of my time writing and editing than I would if I were self-published.
What’s the best advice you can give to aspiring authors?
Leslie: Never give up and never stop believing in yourself as a writer. As the fabulous developmental editor, Kristen Weber, said to me when I became discouraged after receiving so many passes on the manuscript that ultimately landed me my contract with Crooked Lane Books, “You can get hundreds of rejections, and many writers do. But remember: It only takes one yes.”