Book Review: The Making of a Spy 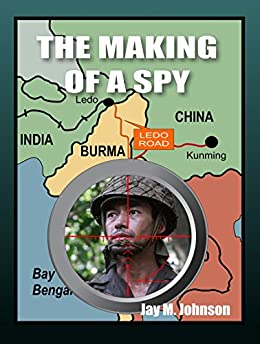 Most of us, either intentionally or unintentionally, bring the experiences we had in our earlier years into our adult lives. Jay Johnson is no exception. He tells the story of a boy, Isiac, who had to provide for his family from a young age. The story documents his early years to his adult life where he was drafted into the army in with his friend Fritz. His childhood experiences, along with the skills he learned in the Army, turn out to play a key role in the creation of this book.

The story takes us through Isiac’s tremendous skills of observation. Isiac learned to notice even the slightest changes in his environment and to discover the causes of all that he observed. He had a keen and skilled eye for things that are different.

During the Great Depression, Isiac hunted and fished to feed his mother, sister, and brother. These too were skills that he learned when he was young that he carried into his later years. Isiac also had some experience with bootlegging. This helped him learn the importance of planning.

Later in life, Isiac developed plans and contingency plans. These helped Isiac anticipate and later solve potential problems in his midst. He also had a black belt, and he was multilingual. This too helped him later on, in the army and in life.

I loved Isiac’s insight and empathy into his characters. The story is original, and it showcases the author’s microscopic viewpoint of the human condition. The characters are real, and Johnson’s way of writing is so clear and crisp that there were some sentences that the reader will want to read and re-read.

This book will be especially interesting for people who love history and the outdoors. History is so full of personal stories. And this book showcases some of these stories and brings them to life in a clear and majestic way. The reader won’t want to stop reading this book until they turned the last page and read the last word.

Here are the links to Kindle, Paperback and Hardcover