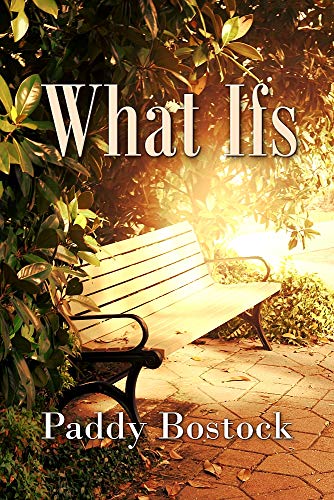 The title of the book caught my attention and intrigued me right away. It brought me back to my philosophical roots. I have spent most of my life pursuing the “what ifs of life”. And now I had the honour of reading a story that had the same theme.

The story starts in a pensive setting where peace and order exist even if it for a brief moment because it is in a pristine natural escape away from the maddening crowd and all the chaos that modern life throws at all of us--a place for a thinker to go and rest.

James Cockburn is a thinker and an artist. He lives in the world of his imagination. And nothing seems more pleasing to him than imagining what would happen if this and that arose. He loved to reflect on the human being in an existential way.

Being an existentialist, he was naturally pessimistic. His life was anything but happy. His wife left him and his upbringing and early years were hard with boarding schools and nannies. He felt alone and probably isolated.

He taught at Heidelberg University and was a writer with quite a following. One of the people who admired him looked him up and ultimately through the internet, she found him. Her name was Gabriele. She believed they were kindred spirits from his writing.

From the first time they met in his peaceful place, there was something about her that intrigued him. He didn’t believe in love at first sight, but may this really be happening? He had a bunch of unfulfilling relationships with women, so, he never believed that true love would ever find him. He also never thought that he was physically attractive enough for real love. But when he met Gabi, something was stirring within him that he never felt before, and it was scaring him. Was it really true love? Lust? Infatuation?

As the days turned into weeks and months, things got quite complicated. His artist brother William was murdered in quite a horrific way. His partner, Stephanie, seemed to think that James had something to do with the murder while Gabi got pregnant and wedding bells rang out for the two of them.

Yet all the while, he was still a writer and thinker, asking himself what if questions. He never liked crime novels, but now that he had a real life murder investigation opening up for his brother, James.

Do Gabi and James live happily ever after? Can James hang onto the immediate love that he felt for Gabi when they first met? Who really murdered William? These questions I will leave up to the reader to investigate.

This story is wonderfully written and portrayed. Paddy Bostock is at his best, weaving inquiry with philosophical questions as well as open and raw love in this unforgettable murder mystery. I love the story and will be recommending it to my friends.