Can You Name the Top-Selling Authors of 2013? 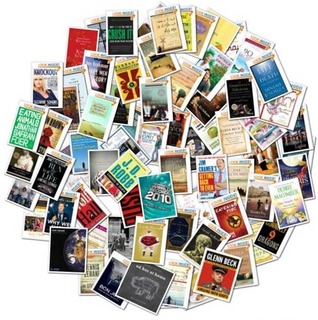 Before you read this list of top-grossing authors, I want you to close your eyes and answer the question posed in the title of this post. Then read the list to see if you were right. (The list is courtesy of Forbes Magazine.)

Somebody once asked Groucho Marx what he thought of sex - probably meaning premarital sex. "I think it's here to stay," he replied. Fifty Shades of Grey is living proof that sex is definitely here to stay, and that people like reading about all sorts of kinky ways of doing it.

One out of every 17 hardcovers sold in the U.S. is written by James Patterson.

Collins may turn out to be a one-hit-wonder with The Hunger Games, but something tells me she will be around for a while.

Killing Kennedy was number 1 and 2 on the New York Times hardcover non-fiction best-sellers list, and O'Reilly's next book, Killing Jesus, could be the biggest of the series. Apparently, we enjoy reading about killing famous people.

Danielle Steel is a fixture in the romance world. She has published 128 titles in 40 years (which averages more than three a year). She's sold more than 600 million copies.

Diary of a Wimpy Kid is yet another example of Scholastic's tried-and-true method of generating a huge amount of revenue from a single author: throw the entire weight of the company behind a series. They used this technique with J.K.Rowling, and look what happened.

Evanovich's books are perhaps the clearest demonstration of what makes for a successful popular novel: formulaic plots, product placement, sexual tension, and guns.

Yet another prolific romance writer (are they all able to churn out 3 books a year?), Roberts sold more than 3.2 million ebooks in 2012.

In spite of a plagiarism lawsuit, Dan Brown is still going strong. Inferno, at 369,000 copies, was the best-selling book of the first half of 2013.

Stephen King - who has a remarkable talent for scaring the pants off people - has had the great good fortune of having competent screenwriters turn his stories into memorable movies. Now the popular television series, Under the Dome, is extending his media run.

Koontz has sold more than 450 million copies of his books. I have not yet read one.

Lawyers have to write a lot, and quickly. It's a training that comes in handy when you are churning out bestsellers.

David Baldacci was a lawyer before he began writing novels. He has published 26 best-selling novels, once again proving that writing legal briefs is a great preparation for writing bestsellers.

Riordan sold more than 5.6 million copies of his Percy Jackson & the Olympians series in 2012. It helps to know your mythology.

Rowling has gone back to her first ambition, which was writing adult books. (Years ago, she could not get them published, so she turned to the children's market.) Her book, The Cuckoo's Calling, (published "secretly" under the pen name Robert Galbraith) topped the hardcover best-sellers list.

George R.R. Martin is on this list by accident. As a veteran sci-fi writer he should be wallowing in self-righteous poverty. But his adaptation of Game of Thrones made Martin the best-selling paperback writer of 2012, after E.L. James.