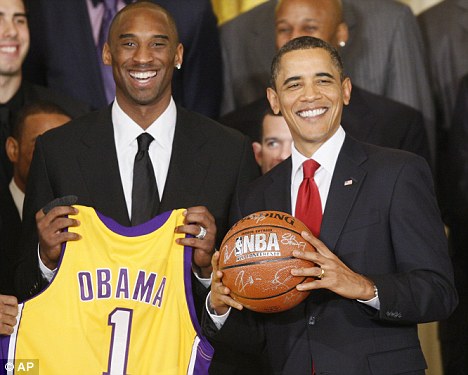 Destiny is defined as a predetermined serious of events coming to past. Destiny for most human beings can sometimes seem mystical or something that is beyond their control. Many human beings when encountering great
or miraculous accomplishments simply attribute them to destiny. People that
have known people who have accomplished incredible feats in life will often say
that person was predestined or predetermined to accomplish these feats and
nobody could have changed that. Honestly in the back of every humans mind is
the idea that their future is written and it is impossible to change their
future. The destiny is where you will end your journey but the predestination
is the beginning of that journey. The
question is what role do you play in your destiny?


Kobe Bryant is a well known athlete who has won multiple awards a few basketball championships and he is predestined to be inducted into the Basketball hall of fame. Barack Obama is the first United States President
of African descent and the majority of the public would say he was predestined
as a child to be the first African president. Kobe much like Barack Obama didn’t
accomplish these goals simply because of fate they accomplished these goals
because they took their natural ability and refined them and predetermined
their destiny. They mapped out a plan of action whether it is school or
basketball practice and then the put forth hard work. They sought help, media
attention and they continued everyday working towards their destiny until they
got the desired results. When a student enrolls in college they predestine or
predetermine a major and their destiny is completed upon graduation. Destiny is
not mystical or magical it is calculated and determined and we have to take
hold of life and determine where we would like to finish.


And we know that all things work together for good to those who love God, to those who are the called according to His purpose. For whom He
foreknew, He also predestined to be
conformed to the image of His Son, that He might be the firstborn among many
brethren. Moreover whom He predestined, these He also called; whom He called,
these He also justified; and whom He justified, these He also glorified.-Romans
8:28-30


The scripture is clear that those who love God are called according to his purpose and he predestined those to be conformed into the image of his son. The scripture doesn’t say a chosen few but to all that love
God.


What then shall we say to these things? If God is for us, who can be against us? He who did not spare His own Son, but delivered Him up for us all, how shall He not with Him
also freely give us all things?-Romans 8:31-32


God gave his son for us all and in context that is exactly what the Bible teaches about our predestination. Many scriptures in the Bible tell us that Christ died for us all because God called the whole world to be
saved. Imagine how many people attempted to accomplish what Kobe or Barack has
accomplished and failed because they didn’t have the correct drive, focus, and plan.
Many people were called by God to be saved but they lacked the vision to trust
him for their salvation. When companies send out letters for job openings they
are calling all to apply but only those who meet the requirement will be chosen.
This is what is meant by many are called but few are chosen because many were
called to salvation but few met the requirements even though the requirements where
easy to meet.


For God so loved the world that He gave His only begotten Son, that whoever believes in Him should not perish but have everlasting life.-John 3:16


that if you confess with your mouth the Lord Jesus and believe in your heart that God has raised Him from the dead, you will be saved-Romans 10:9


Who is predestined to go to heaven? Anybody that trusts in Jesus Christ dying and resurrecting for their sins will go to heaven. Keep in mind that God has infinite wisdom beyond our own understanding and that he knows
already beforehand who will reject him and who will accept him. Those who
choose to reject him will not accomplish their predetermined destiny of being
conformed into the image of Jesus Christ. Those who receive him as their savior
words can’t even be written about the journey you will be placed on from the
moment you accept Christ until you arrive in Heaven. God has wonderful gifts
and ministries open for you and he wants to use you on this earth in a mighty
way. My final word is all who have heard the call for salvation make it your
business today to get qualified because your destiny is not determined by God but
determined by your answer to his call.-Amen


The Lord is not slack concerning His promise, as some count slackness, but is longsuffering toward us, not willing that any should perish but that all
should come to repentance.-2 Peter 3:9