The stories of the Old Testament have been, and will forever, be a source of inspiration, comfort, and strength to those who read them.  They tell of, for the most part, ordinary men, and sometimes women, who have through their faith, and God’s guidance achieved incredible things.

This ‘Deborah’ series of books is a fictional telling of the life of the first female prophet Deborah. A woman who, in a male dominated world believed her father’s prediction that she was going to become a great prophet.

In modern times a goal like this would be considered, although incredibly difficult, possible. However in the Old Testament era, women had a very different life, being married young, she would bear children, and look after the household, this was the way it was in those times…

Yet Deborah, with incredible fortitude and bravery became renowned as a prophet, and judge. She was also a wise military leader who liberated her people from the Canaanites.

‘Deborah Slaying’ is the third book in this enthralling series. In the previous two, ‘Deborah Calling,’ and ‘Deborah Rising,’ we have followed her fortunes, and seen a young girl leave her home, and face incredible dangers, as she went against her expected future, to pursue her calling.

Believing she would only be able to achieve her destiny as a male, she took on a male persona, and was known as Borah. In this, the third book, we see her as Borah, accepting a mission to rescue the kidnapped Princess Needa from the hands of her Hebrew abductors, and return her back to her brother the king.

As we travel with her on this dangerous journey, we experience the harsh realities of life in those times. Also, we watch Deborah/Borah grow as a person and warrior. Her life experiences, her conversations with Yahweh, and her faith in his infinite wisdom, give her the strength and fortitude to make her own judgements wisely, and learn to forsake her own desires for the good of others.

In writing the ‘Deborah’ series, Avraham Azrieli has used his remarkable talent for storytelling to take his readers back through the centuries, into the ancient lands of Mesopotamia in the northeast, through to the River Nile in the southwest. Once there he not only tells the story of this incredible female prophet, but he also allows his readers to discover what life was really like for the people who lived in those times. I highly recommend this series to lovers of biblical stories and historical fiction. 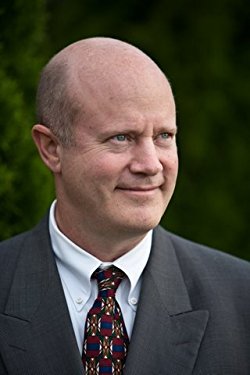 Avraham Azrieli is the author of books and screenplays. His first novel was The Masada Complex (a political thriller), followed by Israeli spy novels The Jerusalem Inception and The Jerusalem Assassin, as well as Christmas for Joshua (an interfaith family drama), The Mormon Candidate (a political thriller), Thump (a courtroom drama featuring sexual harassment and racism), and The Bootstrap Ultimatum (a mystery involving the commercialization of Memorial Day). Most recently, he has written a series of novels inspired by the true story of the first woman to lead a nation in human history, starting with Deborah Rising (HarperCollins 2016), and continuing with Deborah Calling, Deborah Slaying and Deborah Striking. Beside fiction, he has also authored Your Lawyer on a Short Leash – a guide to dealing with lawyers and One Step Ahead – A Mother of Seven Escaping Hitler’s Claws (an acclaimed WWII true story, which inspired the musical By Wheel and by Wing). To learn more, visit www.AzrieliBooks.com