EXCERPT OF MY BRAIN INJURY

My surgery would be scheduled and not delayed because I was in so much pain now. I had forfeited the first doctor and now had a second. The day all seemed normal as planned. I would get in and out and get back to my doggy dog world when it was over. But would I? There were some young guys in there in street clothes that didn’t fit standing around the operating table laughing and making strange gestures towards me. I felt uncomfortable and warning lights went off inside of me telling me not to go in. One of them looked familiar as I had seen him from back home. But I knew I had to overcome this because the pain was too severe and I was afraid of what the outcome would be if I were to reschedule my surgery. But alas the men left.

The surgery was a disaster. I hadn’t been doing anything but lying there quiet on the operating table when as fast as I laid down was as fast as the straps to it were quickly put on me and a needle now was being administered in my arm as at the same time I was told that I would be put out two different ways as I felt a mask being put over my face. As I felt this was all wrong I asked him for the chief of anesthesia as I had been told I could do in an earlier meeting with the hospital. The nurse asked the anesthesiologist that shouldn't she check the pressure gage on the anesthesia and he said no firmly as she had a worried look on her face he said just forget it because it's fine and that it was always set at the same pressure.


When while the needle was being administered the mask was over my mouth and nose not allowing me to breathe in anything but a strong gush of chemical smelling air entering my passageway as I gagged and gasped not able to talk with a tear coming down my eye now as the nurse started crying with me. I knew I would never be the same as I went out. 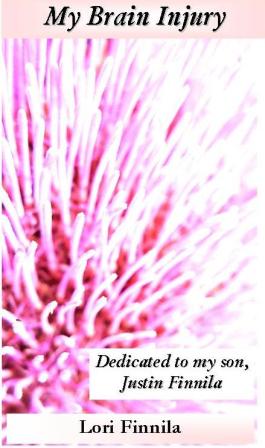 My story is about a little girl raised in a mafia family but she didn't know it all along. She had felt some strangeness but wasn't sure what it was all about. She was not allowed to be part of it because it was assumed that she was not the daughter of her mother's husband with whom she was living and being raised with. The daughter doesn't know that the man raising her doesn't know that she is his daughter. Later in life he finds out during a lot of commotion that she really is his daughter after putting a hit on her.

I would try and tell people I don’t know what’s happening in my life or what’s going on and that I felt like I w as going crazy and they would just say that I was pretty to have things to worry about or to have any problems and just laugh and walk away. I was always waiting for someone to come in and save me or make it better. That was basically what I had been taught as a child, that was ultimately what I wanted. But little did I know that here was no one coming, ever. This was it ultimately my life, and it wasn’t getting or going to get better, not without suffering sheer death, that was my only way out, unless someone came and rescued me. That was basically my response when I would try and discuss my life with anyone, to get anywhere with understanding anything that I didn’t. I was taught very young in life to remember our President who had died for us trying to fight to protect us a lot and I never knew why. I remember when I was in school at the age of ten they were educating us about this assassinated President through films and so on. I didn’t know why.

My mother loved that President. She cried for months after his death and said that she felt a personal loss at that time. She had a lot of respect for him and his family. I still wasn’t allowed to even watch the news with this or read the newspaper. I was certainly never allowed to discuss topics or politics at the table or ever.

The old fat man who was watching me now would come in at night and would make pictures with me in my mind out of the designs in the linoleum in the bathroom when I would get up in the middle of the night to go pee when I was a small child. My legs would be dangling off the toilet seat so I could see all of the designs without covering any of them. We would imagine faces on the floor and whoever was creepy as he would be would come in and scare me off and yell at me to go back to bed. That is when I would get my warmest feelings of love, and there would be no more.