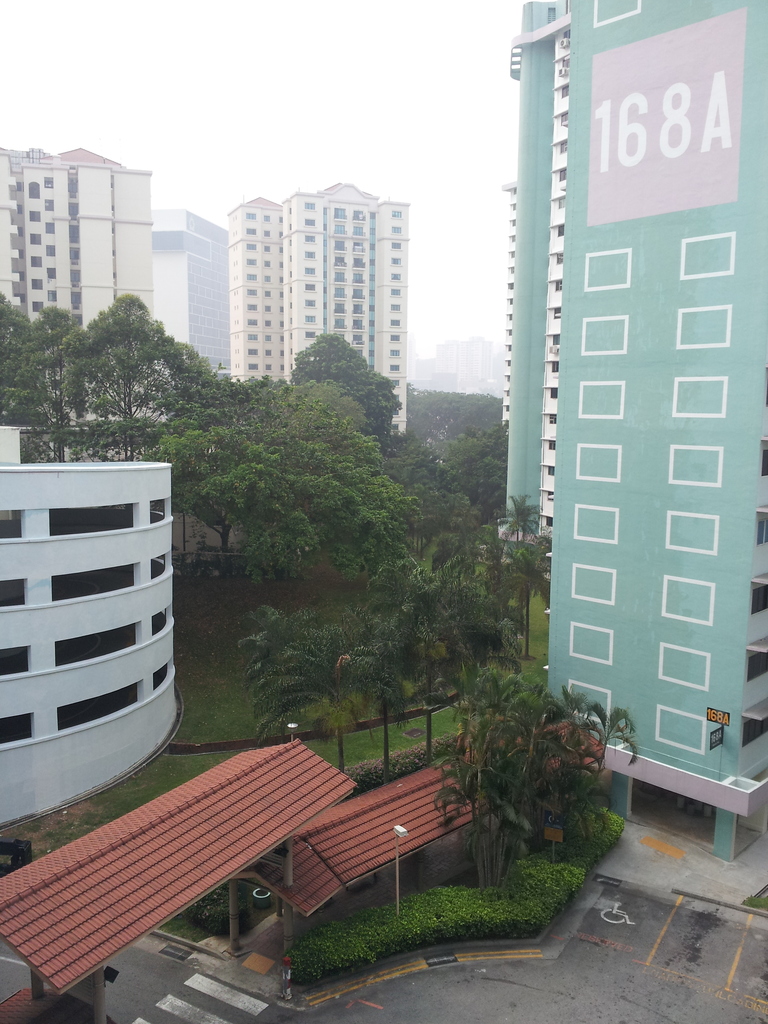 Errant residents and firms must bear the brunt of law if they flout it now. In the past the laws only appeared on paper. Clearing land by burning is crime against humanity. No one must be immune from the law. Almost all those fires were started by local farmers and the plantation owners.  Licences of errant plantation owners must be revoked and the owners put in jail. Otherwise, the haze will never be resolved.

The Air Quality & Pollution Measurement uses the term PM 2.5  to refer to Particulate Matter (PM) also known as atmospheric  aerosol, which are two and a half microns or less. Exposure to PM2.5 even for a short while can be highly hazardous.  For some, even for just one hour can result in heart attacks. Those with asthma will worsen if exposed to PM2.5 for a few minutes. PM2.5 enters the lungs.  It is the majority of haze particles that are about 0.15 microns in size.

PM stands for particulate matter which is the main air pollutant in the haze. Each of these particles is less than 2.5 microns in size, and is equal to one over thirty of the diameter of a strand of human hair.

These PM 2.5 can travel hundreds of miles away from their source. Those sources are normally the wildfires or the volcanic eruptions.  The more PM 2.5 is in the air, the more hazy the atmosphere becomes, and visibility is very much reduced.

It is believed N95 masks can prevent PM 2.5 from getting into your lungs.  I have not seen or read the confirmation statements from its manufacturer.  My inquiries with two other brands on the market have also not been replied to. Recently, N95 manufacturers confirm their mask can remove up to 95 % of the PM 2.5.

To carry out real and effective changes, the authorities should begin with the pulp and palm oil companies. These companies have the no-burning policies which of course appear only on paper. For example, companies that burn protected forests would get 10 years jail and a fine of up to 15 billion rupiahs.  But until today, this law has yet to be carried out.

Each of these companies slash-and-burn several hundred thousand hectares of land per year and they must be brought to court.

The number of hot spots has been increasing in Indonesia year after year and by now it is clear that the Indonesian government is not able to stop it. What can the green activists do?

It is common for farmers to own 5000 hectare plantation in Indonesia. To flatten and clear one hectare of land for cultivation, a farmer will need to pay about US$1500.00.How many of them can afford it? The livelihoods of the farmers are involved.  How does the police carry out the enforcement?  Burning is the cheapest way. They just have to light up some dried grass or leaves, and the fire will raze on for the next many days.

Indonesia must have the one map policy with clearly marked all forest boundaries and concessions so that culprits cannot deny it is their areas which are burning.

Clear responsibilities for law enforcement officers must also be implemented to avoid confusion regarding whose responsibility it is to nail down the culprits.

Farmers and companies involved in slash-and-burn method  to clear the land must be controlled. Fire permits must be regulated to limit a certain acreage burning at any one time so that we don’t have millions of acres burning on the same day.

In Indonesia, during the dry season, it is common to see charred plots of lands, for every few kilometers you travel.

Owners who breach the terms and conditions of their licenses must be fined or put in jail. Unless they are accountable for their greed, they will continue to take the easy way out and the haze will continue every year during the dry season. Do you have a better idea to prevent haze?

Fighting persistent fires in rural areas is not an easy job. Peat fires burn underground and are more difficult to extinguish because large amount of water is needed to put out the ambers. These pockets of peat fires are still igniting hundreds of hectares of burnt out farmland, releasing billowing smoke into the air because the fire fighters cannot reach some of those places.

Offenders in Malaysia  face a fine of RM 500 000.00 or a jail term of not more than five years. This law is widely flouted with convictions unheard of.

The main cause is that there is more money in agriculture now than in the past. And fire is the cheapest way to clear your land. It will cost less than 1% of the money you need to spend to employ others to do the clearing, not to mention the cost of machinery involved. If you pay the police and firemen not to touch you, you can also get the job done faster. Within five working days, any parcel of land will be totally clear and you don't have to provide land space to hold the dead trees and leaves.

Some countries want to provide firemen and soldiers to help putting out the fires. The assholes will not allow your soldiers to put out the fire because by then who will remove those heavy timbers and grass? For a big plantation, the labour cost is not less than $7.5 m, assuming the plantation area is 50000 hectares.

Why is the UN keeping quiet at the moment? If this haze is originated from China, I am very sure the UN will treat it differently.

The building at the centre of the photo was only 500 meters from where I was taking this photo.