How Important is Crime Mapping to Law Enforcement Today? 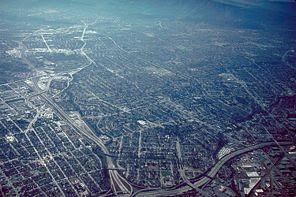 A complex and growing problem among our civilized society has been the cause and effect of crime. Three basic issues have been addressed and debated: how to prevent crime, how to combat crime, and how to punish for the criminal act. Extensive research and tactical techniques have been the outcome to address such issues to protect the quality of life. Crime mapping systems have been one of the major contributing factors to pinpointing crime areas, decreasing acts of crime, and implementing crime prevention programs.

Analyzing and organization of crime facts has been around, in effect, for virtually centuries. Some of the earliest studies into the spatial distribution of crime was thought to take place in the 1800s and was called Cartographic School of Criminology, which was initiated in France and then later extended to England. In England (1862), Mayhew examined the variation of crimes by the population density, who later concluded with study that crime was common in the urban and industrial areas.

Debated and not widely known, was Frenchman Eugene Francois Vidocq, a criminal that turned police detective in the early 1800s helped to organize the Surete’, the detective bureau of the French police. Criminal investigation was literally born with his innovative techniques of record keeping, namely a card index system, into a newborn area of criminalistics. Today, Vidocq is celebrated for his pioneering contribution to crime solving by The Vidocq Society (check out http://www.vidocq.org/), an organization made up of the top forensic professionals who donate their time to solve “cold case” crimes.

The collection of crime data hasn’t been something new. The accelerated computer technology explosion has allowed large amounts of information to be analyzed and manipulated into cohesive reports and maps for study in a cost efficient package.

One of the biggest questions that has been asked is how to automate the geographical analysis of crime locations. The Geographical Analysis Machine (GAM) was an early automated spatial data analysis relatively easy to comprehend. GAM generates a grid, which shows clustering of crime density areas and patterns, called “hotspots”. Geographical Explanations Machine (GEM) has the capability to show the factors that are associated with “hotspots”. Both of these techniques help to assist law enforcement officers how to begin to understand and combat the localized crime “hotspots”.

Even though automated crime mapping and analysis is relatively new within the last decade, it has made leaps and bounds with the ease of application and data results for many police agencies. With the visual capability of pinpointing high crime areas and the ability to study all aspects of patrol areas, it has begun to make crime preventative measures possible. More community policing and positive interaction with the public, together, will help to solve and combat crime.

With any new technology and new approaches to the never-ending debate of law and order, there are potential glitches to the system. There hasn’t been enough time to set a crime mapping standard of what will work with the most optimum results as a general rule. Crime mapping isn’t the only answer, but certainly is an important part of combating crime. Armed with knowledge, experience, detailed coherent information of crime mapping and analysis, it is the framework and foundation that will begin to answer the questions of how to prevent crime and how to combat crime in our society today.