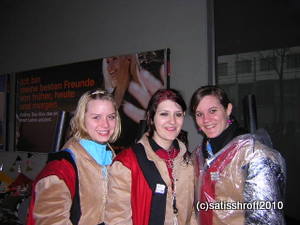 Hugo Wolf was 18 years old when he caught syphilis. He died on February 22,1903 in penury. What has remained are his Lieder (songs) and we haven’t forgotten them till today. ‘Everything in this
small, stout guy is not normal.’ Said a contemporary, meaning thereby that he
was a great writer. He was born 150 years ago in a place called Windischgrätz
in 1860 and is one of the greatest composers of Lieder.

Lied normally means a poem that is intend to be sung. The word ‘liet’ in middle standard German means only a single verse or strophe. The plural ‘diu liet’ is commonly used for a group of verses. However,
the word Lied has also been used to denote a large-scale work in poetry for
example Schiller’s Lied von der Glocke and in vocal music for instance
Mahler’s Lied von der Erde.

Hugo Wolf has a complex personality which inhibited his creativity for long periods. There were followed by a flurry of work for days or weeks during which he wrote many Lieder that were great in
individuality. Was it perhaps the fact that he was inflicted with a venereal
disease that he has such bouts of writing?

Hugo Wold was a synonym for the Master of piano-songs. His oeuvre of songs were written in a single decade. He admired Goethe, Mörike and Eichendorff. Wolf’s greatness lay in his ability to immerse
himself in a poem and thereby conjour a musical setting. If a certain poet
interested him, he dedicated his songs to the poet and in this way he wrote:
the Mörike Lieder comprising 53 songs in 1888, the Eichendorff Lieder
consisting of 22 songs also in 1888. He also penned the Spanish Liederbuch and
the Italian Liederbuch between 1891 to 1896. Additionally, he wrote songs about
Michaelangelo, Mörike and Goethe. His songs dedicated to other poets he admired
became his Leitmotif. The interpreter of songs Dieter Fischer-Dieskau wrote a
monograph published in 2003 on Hugo Wolf
and has called him the most famous champion of the piano-songs between
Brahms and Reger. Wold has remained the creative voice of poetry.

Hugo Wolf was the son of a Solvanian-speaking mother and a German speaking father, and was actually an autodidact. He had to leave the conservatorium in Vienna because he’d written a threatening letter to
the rector. His phases of creativity came in waves followed by lethargy and
indifference. Besides Lieder, he also composed works for choirs and chamber
music. He also wrote an opera called Der Corregidor, which was performed
in Mannheim in the year 1896. A second opera Manuel Venegas remained a
fragment. Wolf also wrote a symphonic poem Penthesilea in 1883.

Hugo Wolf began to suffer from progressive paralysis and mental abnormality towards the end phase of his disease, and spent the rest of life in a psychiatry ward.