Masque of the Vampire is Almost Here! 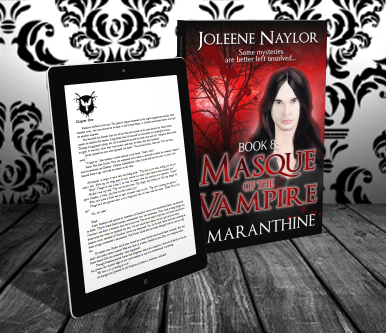 The eighth book in the Amaranthine series plunges back into darkness,steeped in superstitions and death, where vampires are once again vicious creatures of the night.

After three months away, Katelina and Jorick return home. But, so does Sarah, Katelina's best friend everyone thought was dead. How did she survive being tortured - and killed - by vampires?

Though Sarah's not eager to share the details, Katelina knows it's the kind of story that leaves scars. She almost welcomes the distraction when they're sent to guard an exclusive vampire party - until Sarah claims she's being stalked. Who among the ancient guests would be interested in them?

Then they find a dead child with a missing heart, just like the murders in the Heartless killings. Is the serial killer a vampire - and a guest at the party? Could it have anything to do with their stalker, or is it simply too much evil in one place? When everyone seems suspicious, it's hard to tell who the culprit is.
Amazon | Barnes & Noble | Apple iBooks |Kobo