When people think of the Mayan culture, the first things that typically come to mind are impressive stone pyramids, elaborate murals, human sacrifice and, more recently, ancient calendars and the end of the world as we know it slated for December 21, 2012.  But there is more the Mayan history than ruins and doomsdays.

While much of the traditional Mayan culture was destroyed with the arrival of the conquistadors and conversion-driven priests, the Maya survived Spanish colonialism to evolve from a Mesoamerican wonder to modern citizens of southern Mexico and northern Central America and immigrant workers in Florida and its neighboring states.  And in-between lies a complex history of a people adjusting to the foreign systems that invaded them.

In Yucatan (the area that comprises primarily of the tip of the peninsula that  gives Mexico its horn shape), the Maya found themselves subject to the oppressive legal caste system of the Spanish.  Desiring their own independence, the Maya initiated a series of revolts that climaxed into the Caste War of Yucatan beginning in 1848.  The Maya “rebels” won their independence until 1883, but their independence was not without hostilities and constant violence with the Mexican government. 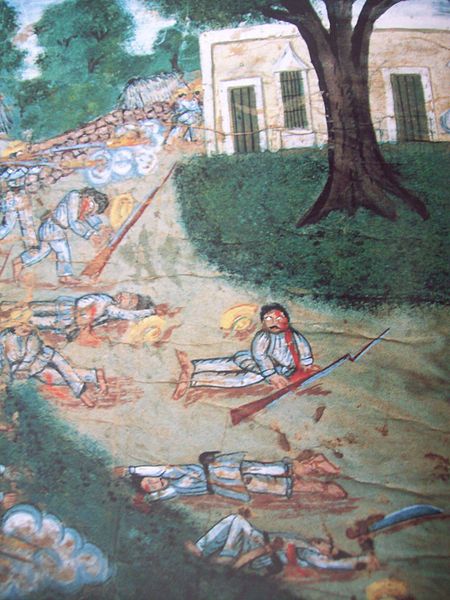 By 1893, a number of economic and political factors began to play against the Maya.  On May 5, 1901 (known as the Cinco de Mayo) the Caste War was declared over when the twice denied Mexican army finally penetrated and defeated the Maya stronghold of Chan Santa Cruz.  However, skirmishes continued for years after, but never  at the same level that the previous  50 embattled years had seen.  Although the war was finally and officially declared over in 1915, the last skirmish recognized between the Mexican army and the Mayan resistance was fought in April of 1933.

But that was in the Yucatan.

In the most southern dip of Mexico, the Maya of the Chiapas region endured a series of conflicts that extend into modern memory.  I’ll briefly visit the plight of the Chiapas Rebellion next.