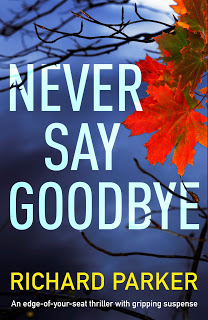 "Whiting hadn't made any connections between the four victims.  Each one had been murdered in a different area of the city."  Metcalfe consulted his note.  "First was female - an affluent black law student, second was a white, mail, middle-aged taxi driver.  Third a white teenage girl who worked in a supermarket and the fourth a geriatric white female, Janet Wells.... "But no witnesses."... "no.  First victim was attacked in a car park at night, second under a railway bridge, third in the garden.  Janet Wells was the first victim of a break-in.  As far as we know, the attacker wasn't interrupted on any occasion."

DCI Alec Metcalfe has just updated Detective Tom Fabian of the latest information on victims that seem to be randomly chosen.  Each is stabbed several times, hopefully killing them, before they are stabbed with a knife to the face mutilating their facial features.  None of the victims knew each other nor had anything in common.  So, why were they chosen?

This was another of those books that took me all the way to the last few chapters before I was informed as to who and why!  I had one suspect at about 70% into the book but found that I was totally wrong and totally shocked as to who and why.

If you want a great suspense, murder mystery, I have to recommend Never Say Goodbye .  It held my interest to the extent that I finished it in under 5 nights!  Yep, that good.