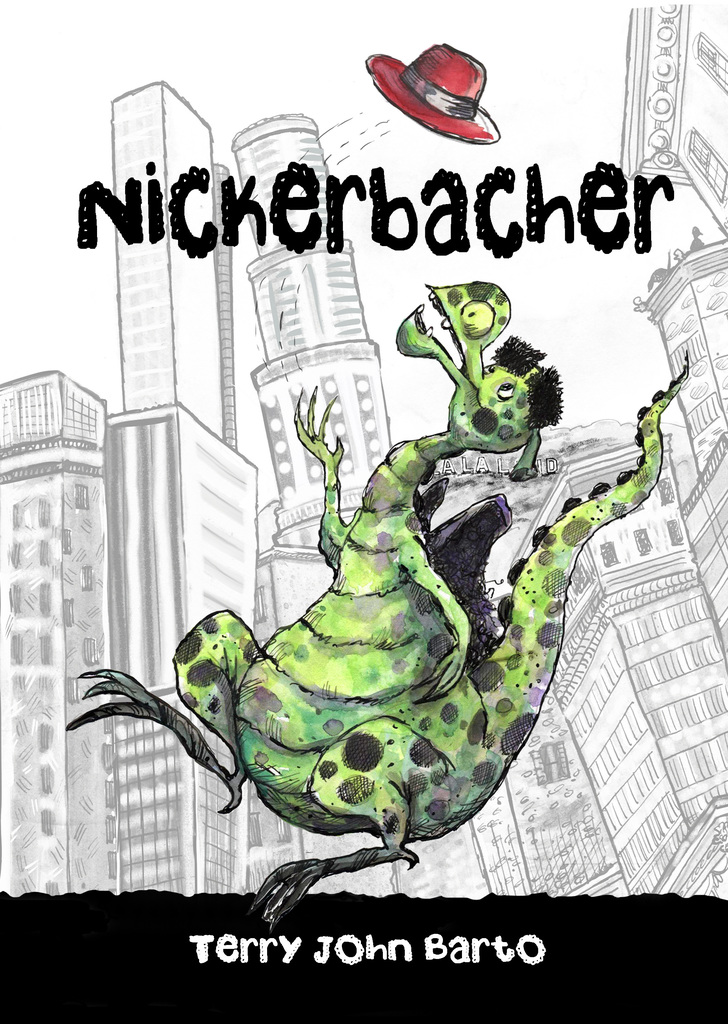 Soon we discover that Nickerbacher isn’t your ordinary dragon, oh he knows his job is to guard the princess, fight the knights who try to rescue her and generally be a big bad dragon, but that’s not what he wants to do the rest of his life – he has a dream. Nickerbacher wants to become a stand-up comedian! He hates the stereotyping of dragons and wants to show the world a different side, a caring, funny dragon, so dragons can be acceptable members of the community, not third rate citizens.

So, when Prince Happenstance arrives, fresh from the Prince Guild, with a mission to rescue the princess, he soon discovers that Gwendolyn is no ordinary princess, and Nickerbacher no ordinary  dragon. Before he knows it he finds himself agreeing to take part in a plan cooked up between them to get Nickerbacher to La La Land so he can audition for The Late Knight Show, and make his impact on the world!

La La Land they discover is quite amazing, full of many sorts of wonderful creatures, all living with the humans, but there are no dragons, so Nicerbacher arrival causes quite a stir, and everyone wants to know why he is there.

However being there is only the beginning, can he get an audition with Johnny Kingston, and if he does, how will it go?

Find out if Nickerbacher’s dreams come true, will he star on The Late Knight Show?

Can he wow the audience with his jokes, and change their perception of dragons?

Discover the answer to these questions, and much more in this exciting children’s story full of magic and surprises, written by Terry John Barto, and beautifully illustrated by Kim Sponaugle.

Before writing children’s books, Terry John Barto directed and choreographed more than 200 regional theater productions. In addition, he was the creative mind behind numerous television and cruise ship shows throughout the world. When Terry John Barto was employed as the creative director for Wings of Dreams Productions, he worked with many diverse ideas and turned them into screenplays for animated films. He also used his experience to help artists develop popular action figures and dolls for several large retailers.

Terry lives in Los Angeles, California and enjoys Pilates, Yoga, and hiking with his dachshunds, Hunter and Mazie.

Nickerbacher is a dragon and aspiring comedian who travels to La La Land to audition for The Late Knight Show. Hoping to prove to his father – and the world – that dragons can be funny. Nickerbacher befriends a prince and a princess who help him realize his dream while paving the way for equal rights of all citizens.