A young Gambian man’s search for a new life in Paris. 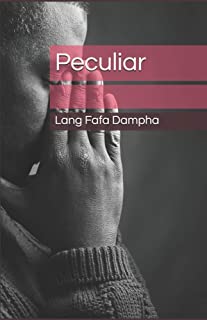 In this interesting story we follow the immigration, hopes, and dreams of the protagonist Sainy as he leaves his native Gambia, in search of a better life in Paris. This migration is seen as a way of securing a better future, however it is still a courageous thing for the young Gambian man to do.


The story begins with Sainy’s plane descending to Roissy, Paris Charles De Gaule. Immediately he discovers how different Europe smells, how dull it is, and how wet. Yet, this is the place where his future lies, and he is soon to learn that life in Europe is very, very different from his native Africa.

He manages to find lodgings in Paris with Janneh, a friendly African who is extremely generous and is very caring, and his wife Kaddy. However life amongst the African community in Paris is very different from back home. He discovers that the women benefit from the famous French “Allocation familiale” – Child Benefit monthly, free medical care, and transport on the buses and the metro. In this promised land of Liberté Égalité Fraternité the role of the woman is very different from in Gambia, and this is something the women and their husbands find it difficult to adjust to.

Sainy manages to secure a temporary residents permit for three months and spends his time watching how his people live and behave in this other country, comparing in very thought-provoking ways, the lives they lead now to how their lives would have been, had they stayed in Africa. He discovers the ‘Peculiar’ attitude of his people living in this very different country, noticing their anger and how the roles are different. His people may be in another country, far from Gambia, but their heritage and roots still stand firm in their hearts and outlook, especially when they feel there is injustice. He discovers that some traditions like the replacement of wives if one dies are still maintained even though they are out of their own country, and realises that it is impossible for his people not to compare the differences in the cultures and how it affects them.   It is interesting that as he watches it doesn’t seem to occur to him that he might adjust the same, and that under the umbrella of Europe he may adapt, and adopt these different values himself.

He falls in love with the beautiful Gambian divorcée Fatou. She had admired him since they first met at Kaddy’s, and they got to know each other more. A mother of a young son, she looks after him well and eventually they become engaged and married. The icing is truly on the plate when Sainy receives his residency permit, now nothing can stop him following his dreams…

The author of this interesting and thought-provoking story, Lang Fafa Dampa was born in the Gambia, migrated to Paris, where he earned a B.A. in English Language and Literature, and a Ph.D. in English Studies (Society and Culture). He also taught Legal English (Law and Politics – UK/USA) and Economic English, for two years before returning to Africa and working as a Senior Research and Programme Officer at the African Union office (the African Academy of Languages) in Bamako, Mali, from November 2009 to July 2015, and as Acting Executive Secretary from August 2015 to December 2018, and from then to now as Executive Secretary of the same institution.

This fascinating story gives its readers a true look into the lives of Gambian immigrants to Europe, showing the adjustments they have to make, and what drives them to succeed.

Sainy, a young Gambian immigrant arrives in Paris with high hopes for a better life; . At firstin the beginning, he faces a lot of immigration restrictions. He is later seduced by Fatou, a Gambian divorcée who madly falls in love with him, and they get married. Through the eyes of the protagonist, the reader will discover, the purposelessness, fake lifestyle and illusion surrounding the community of African immigrants living in France, marked by racism, treachery, jealousy, adultery and death.