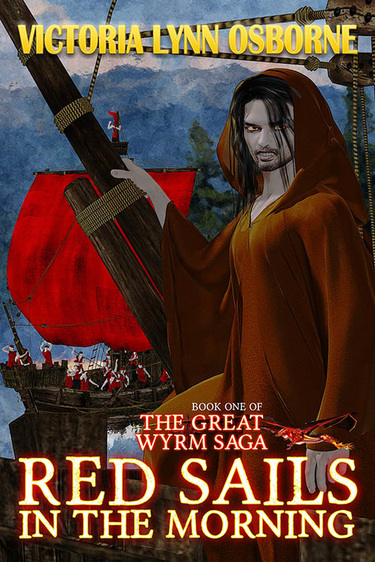 As most of my readers and followers have probably guessed, fantasy is my first love. Don't get me wrong, any good read can grab me. I enjoy creating covers for several genres for a wide range of ages and readers. However, this series has me really excited.
Red Sails in the Morning, book one of The Great Wyrm Saga, (published by Azure Spider Publications) introduces some really amazing and creative characters.

Ironically, portraying the antagonist on the front cover was much easier than the soldiers and ships in the middle ground. Even though they'd never be seen in detail, all of those little figures involved in their own actions was like crawling into a rabbit hole.

Blurb:
In the east an ancient evil awaken. Two immortal dragons, Char and Cindar, stir from their centuries’ long torpor to seek vengeance on those who imprisoned them.

Levet, the daughter of prophecy, struggles with her own role to play as the dragons rise. She must journey through the lands of men and sylns to learn the way of the islands and their customs.

Jarvis, a human lord, rises in power. The human islands fall to his sword as he runs a campaign with ruthlessness and magic.

The first novel in “The Great Wyrm Saga,” is a broad sweeping epic that plunges peaceful islands into war and returns to power an evil so terrible that neither Sylns nor men can stand up to it. 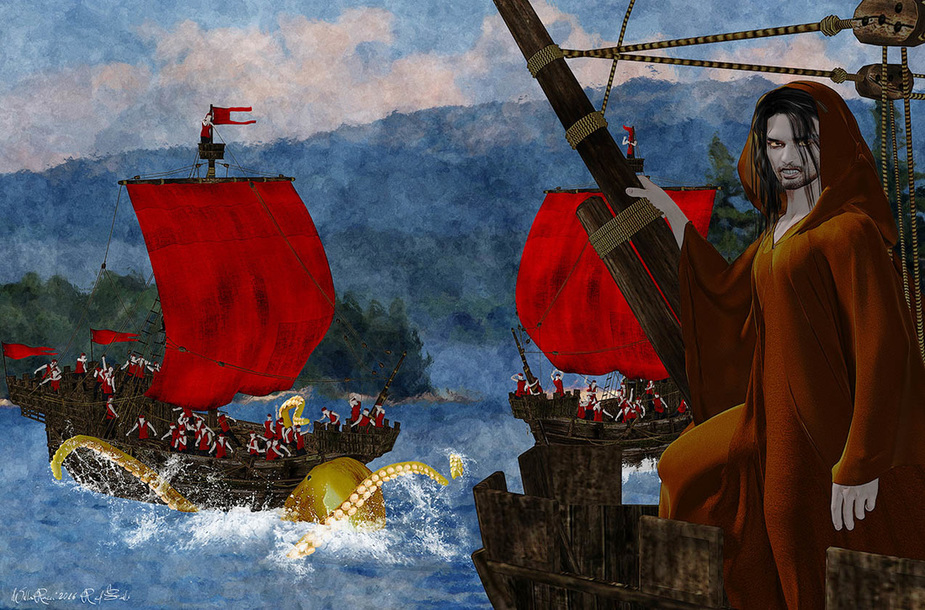 Don't forget to connect with Victoria Lynn Osborne online, too: