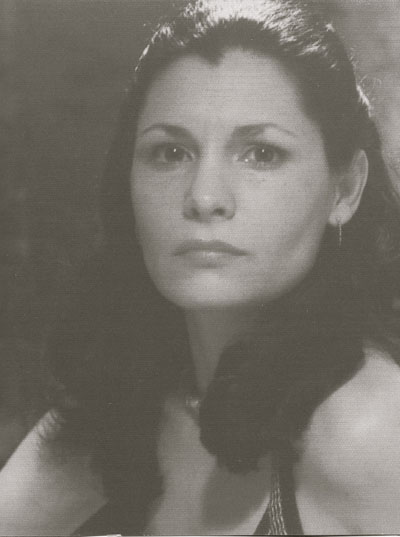 Jeannie Walker sad that her ex-husband, Jerry Sternadel, had died

Calm and collected, I was able to handle anything thrown at me. But at this moment, I was an emotional wreck. My stomach was in knots. All I could think of was the devastating news.

It was six o’clock in the afternoon. Hesitantly, I walked to my office and picked up the telephone. My hand was trembling as I dialed the long-distance number. The phone rang three times.

My usual ability to stay calm in the face of disaster deserted me. I cleared my throat and took a deep breath. My voice was quivering.

“I’m calling to report a murder.” “Did you say someone was murdered?” “Yes, sir, a man died at Bethania Hospital. He was poisoned. Please send an officer over

to the hospital right away.” “Lady, try to calm down! I need some information. What’s your name?”“My name is Jeannie Walker.” “What is the name of the person who was murdered?” “Jerry Sternadel. He was a patient at Bethania Hospital. He died a few minutes ago. His

widow is saying he died from natural causes. But he was murdered with arsenic poison. The widow’s name is Lou Ann Sternadel.”

“How do you know all this?” the detective questioned.

“My daughter called me from the hospital. I just got off the phone with her. She said she heard the doctors say something about her dad dying from arsenic poison.”

“Is the person who died related to you?” “Yes, he is my ex-husband.” “Ma’am, where are you calling from?” “I’m calling from Long Island, New York.” “You’re in New York? And you’re calling about a man who died here in Wichita Falls,

Texas?” “Sir, I live on Long Island. I’m calling to tell you my ex-husband was poisoned to death.

Can you please send an officer to the hospital right away? His death needs to be investigated. The widow is saying she won’t allow an autopsy.”

The police officer responded, “Ma’am, we already received a call. Officer Ritchie has been dispatched to the hospital. Just for the record, if it is determined that a crime has been committed, the dead man’s wife won’t have any say as to whether there will or won’t be an autopsy. Did you say the dead man was your ex-husband?”

“Ma’am, I need your phone number and address for the record.” After giving the officer the information he needed and hanging up the phone, I said a

prayer before sitting down to make another call. My twenty-six-year-old daughter was standing by a pay phone in the hospital in Wichita

Falls. She grabbed the receiver on the first ring. In between sobs, Becky told me that two police officers had just arrived at the hospital. She said her brother had broken down and was given a sedative.

“Honey, I’m so sorry about your dad. I know how devastated you are. But you need to be strong so you can help your brother. I’m calling American Airlines right now for a flight to Wichita Falls. Lord willing, I’ll be there tomorrow. The good Lord will help you and your brother get through this terrible time. Honey, just hang on!”

Relatives and friends of my ex-husband were gathered in Bethania Hospital just steps away from the critical care unit. They had just been told of his passing and were bewildered and grief-stricken.

My twenty-four-year-old son was devastated by the news of his dad’s death from arsenic poisoning. He was on the verge of collapse.

Becky used a tissue to wipe away her tears. She had overheard a couple of nurses talking about arsenic the day before but had not been able to believe what she was hearing. Now she knew that it was true, but it was too late for her to help her father. She tenderly wrapped her arms around her younger brother, who had just been given a tranquilizer by one of the doctors.

Becky looked over at her stepmother, Lou Ann, and screamed loudly, “I’ll tell you one thing. There’s no way Daddy would poison himself.”

She pointed at the woman who had married her father after our divorce. “Look at the way she’s acting. She and Debbie Baker are laughing and joking, like this is all a big party. She’s not sad Daddy died. I think she poisoned Daddy.”

My daughter’s comment about her stepmother was the first time anyone said openly that Lou Ann might have poisoned Jerry.

When I made that long-distance call to the Wichita Falls Police Department, I did not know that an anonymous caller from the hospital had already tipped them off. Officers had immediately gone to the critical care unit in the hospital where they had produced identification and begun questioning hospital personnel. The detectives had learned that Jerry had been diagnosed in the hospital as having had acute gastric enteritis. They also learned that toxicology tests had revealed high levels of arsenic in his system.

Right away, homicide investigators determined that the death was a probable homicide and promptly gave the order for an official autopsy to be performed. The officers knew it was highly unlikely that anyone would have chosen such an unpleasant and painful method of suicide.

The investigators also learned that Jerry’s behavior during his hospitalizations was inconsistent with that of a person self-administering poison. Hospital personnel said he had fully cooperated with doctors and nurses. He had made it known to everyone that he wanted to get better and didn’t want to die. He had even begged the nurses and doctors to save his life and not let him die.

Toxicology tests performed at the hospital proved that the arsenic poisoning could not have been accidental because of the continuous arsenic administration and the extreme amount of arsenic in the body at the time of his death.

The corpse was taken from the hospital and transported to the coroner’s office in Dallas for a postmortem examination. The forensic pathology examination would determine the exact cause of death and whether or not the death was a homicide.

Neighbors, friends, and relatives believed Lou Ann Sternadel to be a loving wife. They thought they saw an affectionate and considerate woman who would do anything to help her husband. But the police saw the widow in a different light. They believed the marriage had grown stale and that a divorce was in the offing. They had an idea that Jerry’s wealth had given Lou Ann a taste for a more exciting lifestyle and that she needed him out of the way in order to retain it. They saw her as someone who wanted to dispose of her husband and believed she may have used at least one accomplice to achieve that goal.

When detectives questioned Lou Ann, she said she had no idea how arsenic could have entered her husband’s body. She said she didn’t think her husband had any enemies who would want to see him dead.

The murder case was within the jurisdiction of the Clay County Sheriff’s Office in Henrietta. Sheriff Jake Bogard had been in law enforcement for twenty-five years and had been sheriff for sixteen of them. His longevity in office gave him a confident manner.

Texas Ranger Bill Gerth was called in to help with the homicide investigation. When Bogard and Gerth questioned the widow, they both felt she provided pat answers. She came up with different answers to the same critical questions. They knew the widow’s habit of repeating verbatim answers was a typical defensive pattern.

This wasn’t a typical murder or an ordinary homicide investigation. It wasn’t an open- and-shut case like one in which the victim is shot or stabbed to death. This was a murder the

perpetrator had planned on getting away with. It was going to be a hard case to investigate and prove. Death caused by arsenic poisoning could easily mimic or appear to be a natural death caused by some unknown disease. In essence, murder by arsenic could be a perfect murder.