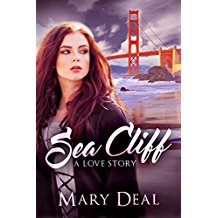 All her life, her father reminded that she didn't know how to do anything competently.  He'd painfully flick her ear, or slap or kick her when he was frustrated.  He'd use a board if he had one in his hand.  He destroyed what little self-confidence she had and denied her any opportunities to prove her abilities.  In one way or another he'd convince himself he was right...  and it wasn't just Rachael that was rewarded with his abuse... He griped about raising two kids alone.  He cursed her mother for having died, then mumbled something about it being better anyway because she was another burden to him.  He was vicious and self-serving.  Rachael's brother Brandon's grades were poor.  He had a broken arm and ended up making excuses about how it happened.

Rachael is a writer and the book she is working on at the moment is about the life of a fictional woman who has gone through abuse as a child.  Her character finally meets a man who seems to be able to take her as she is, hang-ups and all.  But due to her abuse, the character has a hard time accepting affection of any kind... just like Rachael herself.

I don't normally read romance novels.  Most seem to be the same - girl meets guy, they have their problems, they have their heated intimate times, fight, finally get together and live happily ever after.  This book was so different.  The author talks about the abuse and the damage it can do to a child and how it carries on into adulthood.  And on top of that, she has written a beautiful story that I, who doesn't like romance novels, had trouble putting down.