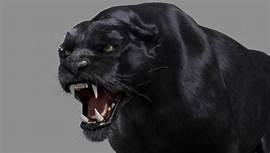 “Seeing Us – A Lost For Words” 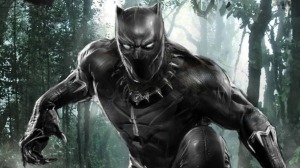 “It was phenomenal! I love it! I’m lost for words!”

It is thought that melanism may confer a selective advantage; studies also suggest that melanism might be linked to beneficial mutations in the immune system. A “Black Panther” is the melanistic color variant of any big cat species. Black Panthers in “Asia” and “Africa” are Leopards (Panthera pardus), and those in the Americas are “Black Jaguars.”

~The Messiah’s name never was “Jesus” and that the name “Jesus” is actually an invention of man!~

“It’s field trip day at Mary McLeod Bethune Elementary School in North Philadelphia and the hallways are packed with 273 kids getting ready to board buses.

But the students are not going to the museum or the zoo. They’re going to the movies to see Marvel’s new superhero film, “Black Panther.”

Dressed in a red, gold, and brown “Dashiki(s),” seventh grade reading and writing teacher, ‘Herman Douglas’ leads a sea of students to the bus. He says for the students at ‘Bethune’ where 80 percent of the student body is Black, “Black Panther” isn’t just another superhero movie. It’s a chance to see a superhero and an all-black cast who look like them.

“It represents African-Americans and Africans from the Diaspora coming together to fight evil, to fight oppression, ‘Douglas’ said. To get children to actually see that there’s a possibility that we can solve our own problems in our own community is extremely powerful.”

The school’s principal, ‘Jamina Clay-Dingle’ set up a GoFundMe page in February online to raise money to help pay for her students to see the film. Her goal was to raise $1,125.

“We raised close to $4,000 so that was just powerful in itself,” ‘Douglas’ says. “And we had donors from all over the world.”

The group arrives at “Philadelphia Mills” and the students are ushered into their very own theater. The movie starts and the kids are swept away to “Wakanda,” the fictional “African Country” where “Black Panther” is set. It’s the most technologically-advanced country in the world, and it hasn’t been touched by colonialism.

‘Sheena C. Howard,’ an associate professor at Rider University, said for kids like these students, seeing a place like Wakanda on screen is powerful especially in a political climate fraught with racial tensions.

“In those two hours you are in the movie theater — especially as a ‘Black’ person and even as anyone else that has any sense of social justice — [you] can feel like right now in these two hours, we are winning,” ‘Howard’ said. “It kind of gives you something to hope for and it gives you a sense that things can be better.”

The students and staff at Bethune laugh, cheer, and scream their way through “Black Panther.” And once the movie is over, they snap selfies with each other and can’t stop talking — and yet, students like seventh grader ‘Daiyannah Brown’ say they can’t find the words to describe what the experience meant to them.

‘Brown’ says she finally saw herself on screen in characters like “Shuri,” “Nakia,” and “Okoye.”

“Can you believe it? Wow! To have “African-American Women” doing their own thing in the movie, it was amazing,” ‘Brown’ said. “It was phenomenal! I loved it! I’m lost for words!”

Seventh grader ‘Edward Rosario’ says the movie — starting with the poster he saw before the film — has changed his view of “Africa.”

You see the futuristic city. You don’t really expect African warriors to have a futuristic city,” ‘Rosario’ said. “You would expect them to have a tribe. But these ones… I’ve got no words.””

Wakanda is a small nation located in equatorial Africa, it is surrounded by the nations of Narobia, Uganda, Kenya, Somalia, and Ethiopia, and was named for its native inhabitants, the Wakandans. Wakanda is a nation of vast contrasts. While tribal in government and relatively primitive in certain aspects of its culture, Wakanda possesses technology often more sophisticated than anywhere else on Earth.

Until relatively recently, the Wakandans lived as their ancestors did, primarily a hunter-gatherer society with some cultivation of crops. Central to the Wakandan’s myth and ritual was a small mountain of ore which according to legends fell from the sky. This meteoric ore was later found to be Vibranium, an extraterrestrial metal capable of absorbing all sonic vibrations. For generations, the Wakandans worshiped at the site of the mound and founded “the Cult of the Panther,“ which paid homage to their native predator, the black panther, which guarded the sacred mountain. It all changed when a British hunting expedition happened to take note of the unusual mound of ore. The renegade scientist Ulysses Klaw attempted to forcibly seize the valuable Vibranium, but he was opposed by T’Chaka, the chieftain of the Wakandas as well as the head of “The Black Panther Cult. T’Chaka was slain by Klaw’s mercenaries, but it was his son, T’Challa, who managed to drive the foreign invaders away. Realizing the vast wealth of the Vibranium deposit, the Wakandas quickly became one of the wealthiest countries in the world for merely small quantities of Vibranium.

The Wakandas took care to let no outsider know the exact location of the deposit for fear of theft. T’Challa, became educated in the universities abroad, then returned to Wakanda to assume leadership of the tribe. His newfound business and scientific expertise enabled the Wakandans to further parlay the Vibranium deposit into even greater wealth.

A child of color asked the father, “Dad, where do white people come from?”

“Am I My Brother’s Keeper?”

Cain was cursed by God and driven out from the light and into the cave(s) in the land of Nod. A mark was placed on his head that indicated he was an untouchable and unclean man. The mark also said to others that he is cursed and that no man shall cause him harm. According to the “The Lost Books of the Bible and the Forgotten Books of Eden”, Adam and Eve were indeed aware of their eldest sons hard heart and jealousy to the point of hatred. Satan, who appeared as a man, caused the separation of the couple and Eden. He, Satan, is now plotting murder with Cain. Cain was seventeen and a half years old. Abel was fifteen. 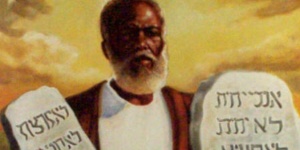 All mankind is descended from the three sons of Noah: Shem, Ham and Japheth. The descendants of Japheth, the youngest son, settled in Anatolia, modern Turkey, and from there moved into the Caucasus Mountains of Western Russia and from there settled Europe and Russia. They are the ancestors of the Caucasian peoples. Their main impact on Israel was through the Persians, the Greeksand the Romans. According to Genesis 9:19 and the Table of Nations in Genesis 10.

“His head and His hairs were like wool, white as snow and His eyes were as a flame of fire, and His feet like unto fine brass as if they burned in a furnace!”
The Messiah’s name never was “Jesus” and that the name “Jesus” is actually an invention of man.
http://www.eliyah.com/nameson.htm
~Revelation 1:14,15~

“Satan met and badgered Jesus in the desert. He was in the crowd shouting for his guilt, trial, conviction, and execution by crucifixion. The divine plan in man’s creation was objected to by the angels. The knowledge endowed in man and made to manifest to the angels through Adam and Eve with the exception of Ibliss. He refused to obey and was cast off. Adam and Eve were warned against the ‘Forbidden Tree’ while stationed within the ‘Garden of Eden.’ Disregarding the warnings, Satan beguiled them and caused their downfall. We have all learned that Adam repented through the words taught him by GOD:

In Truth, Justice, Peace, and Love:

“The Virtuous Shall be Rewarded and The Wicked Shall Be Punished!”

“Go now and teach all the nations of the world, for I am with you always, even unto the end of the world.”
~Yahushua/JesusChrist~

“WAKANDA”
Equatorial Africa, it is located directly in the middle of the the African nations of Narobia, Uganda, Kenya, Somalia, and Ethiopia.

‘Messiah’
“An exceptional or hoped for liberator of a country or people.”
http://www.dictionary.com/browse/messiah

“Yahushua is the true name of the Messiah”
http://www.eliyah.com/nameson.htm

‘Esquire’ :
An unofficial title of respect, having no precise significance, sometimes placed, especially in its abbreviated form, after a man’s surname in formal written address: in the U.S., usually applied to lawyers, women as well as men; in Britain, applied to a commoner considered to have gained the social position of a gentleman.
Abbreviation: Esq.
http://www.dictionary.com/browse/esquire?s=t

“OUT OF DIVINITY – The Concept of Man’s Creation and Salvation”
http://outofdivinity.blogspot.com/

Kemet:
What is the meaning of the term “Kemet” and why did some ancient Egyptians call their country by this name?
ancient Egypt or Kemet actually had 30 or more names. The most common being Ta Meru or our beloved land.
The Egyptians leaders had believed they were direct descendants from the gods, and well, this is the ‘Supreme God,’ “Amen-Ra.”
The ancient Egyptian name of the country was “Km.t,” which means “Black Ground” or “Black Soil,” referring to the fertile Black soils of ‘The Nile’ flood plains, distinct from the deshret (⟨dšṛt⟩), or “Red Land” (Most of Africa’s soil color is Red) of the desert.

This name is commonly vocalised as Kemet, but was probably pronounced [kuːmat] in ancient Egyptian.

The name is realised as kēme and kēmə in the Coptic stage of the Egyptian language, and appeared in early Greek as Χημία (Khēmía)
https://www.quora.com/What-is-the-meaning-of-the-term-Kemet-and-why...

When runaway Blacks and Amerindians banded together and subsisted independently they were called Maroons. On the Caribbean islands, they formed bands and on some islands, armed camps. Maroon communities faced great odds to survive from colonists, obtain food for subsistence living, and to reproduce and increase their numbers. As the planters took over more land for crops, the Maroons began to lose ground on the small islands. Only on some of the larger islands were organized Maroon communities able to thrive by growing crops and hunting. Here they grew in number as more Blacks escaped from plantations and joined their bands. Seeking to separate themselves from Whites, the Maroons gained in power and amid increasing hostilities, they raided and pillaged plantations and harassed planters until the planters began to fear a massive revolt of the enslaved Blacks.
https://search.yahoo.com/search;_ylt=A0geK9kgFqRa6.cAXkJXNyoA;_ylc=...

The early Maroon communities were usually displaced. By 1700, Maroons had disappeared from the smaller islands. Survival was always difficult as the Maroons had to fight off attackers as well as attempt to grow food. One of the most influential Maroons was François Mackandal, a houngan, or voodoo priest, who led a six-year rebellion against the white plantation owners in Haiti that preceded the Haitian Revolution.
https://en.wikipedia.org/wiki/Maroon_%28people%29 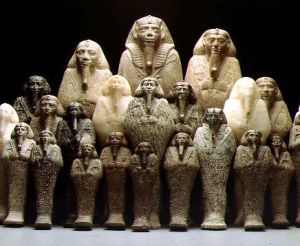 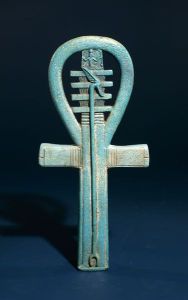