Synopsis of No Turning Back 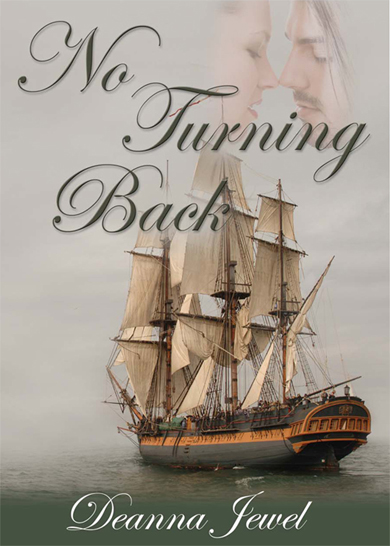 Released in April, 2010, this is an historical romance set in England, 1778, which recently recd a four star review from Apex Reviews! My website shows where to buy and how to read the first two chapters!

While avenging the death of his fiancé years earlier, Nathan learns that he love can again but is he willing to chance another broken heart? Will the woman he wants also open her heart again?Vanessa is heartbroken over recent events in her life; she’s also head strong, flaunts London aristocracy and takes on breeding horses, something unheard of in the society circles of London. She finds herself trying to put the pieces of her life back together, but can she do it alone? With a child on the way, she is forced to do just that - their future depends on her strength. Then a friend offers to help. Dare she trust a man sworn to carry out a vow taken on a death bed? She refuses to accept that his love is true when his honor of sticking to his word is also at stake.

Released Sept 2009 - Native American time travel romance that will take you back to Dubois, Wyoming 1835 with the Shoshone Nation at Wind River. Taima is a blue eyed warrior in search of his soul mate. The book trailer can be found on My Page.

A half-breed warrior has entered into Kate’s dream, in search of her as his soul mate and doesn’t let her rest until she is reunited in time with her true lover from a past life.

Is it possible for souls to travel through time and reunite more than one hundred years later? Does the soul continually search until somehow, it finds the one true soul mate even through time? Anything is possible when one believes in soul reincarnation. A half-breed warrior has entered into Kate’s dream, in search of her as his soul mate and doesn’t let her rest until she is reunited in time with her true lover from a past life. Kate and Taima endure personality clashes, jealousy and shape shifters before they understand what the Great Spirit has planned for them.

Thanks for posting this, Deanna! Now we have some idea what your book is all about.